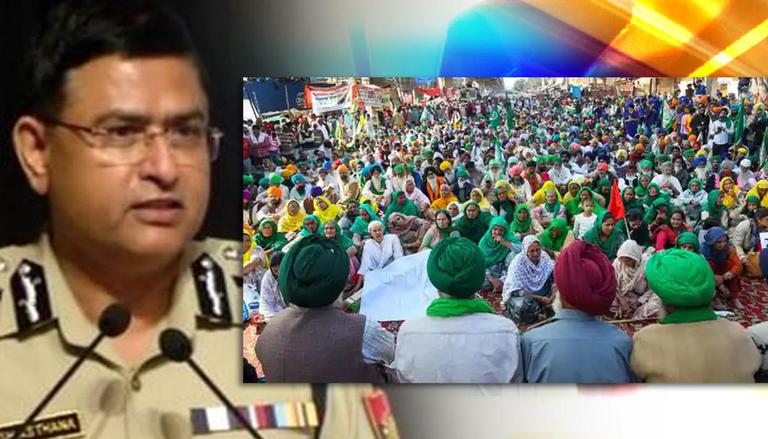 
Ahead of the scheduled farmers' protest and 60 farmer unions' tractors march to Parliament on November 29, Delhi Commissioner of Police Rakesh Asthana vouched for the law and order saying it would not be disrupted 'under any circumstance'. On November 24, the leader of the Bharatiya Kisan Union (BKU), Rakesh Tikait, stated that nearly 500 farmers will arrive in Delhi on 30 tractors to press their demand for legislation on Minimum Support Price (MSP) for farmers' produce.

While addressing a press briefing at an event organised by Indin Womens' Press Corps on November 25, Rakesh Asthana said, "We are committed to maintaining law and order. There is an agreement (with farmers), we will work on it. But under no circumstance will law and order be allowed to be disturbed. Nobody is objecting to democratic protests."

Speaking to ANI, Tikait had said, "On November 29, 500 farmers will go to Delhi on 30 tractors. The details will be provided after a meeting on November 26, which will be marked as the first anniversary of our protest".

He further said, "We will withdraw our protest and go home only after the government accepts our demands on the law on Minimum Support Price (MSP). We don't have any intention to stay put at the Delhi border till January 26. If the government accepts our demand on MSP and compensation of 750 farmers who died during the protest, we will go back home."

Pertaining to cases registered against farmers' agitation, the Delhi Commissioner of Police disclosed that a total of seven cases were formally registered before Asthana assumed office and during top cop, SN Srivastava's tenure while few afterwards.

"Farmers' agitation underway for a long time. Before my joining, 7 cases were lodged particularly on the Republic Day incident and some were lodged afterwards. We have investigated those cases, they are charge-sheeted," Asthana said.

'Delhi Police's utmost priority is safety of women and children'

Further, the Delhi Commissioner of Police emphasised that ensuring the safety of women and children across Delhi is of utmost priority.

"Crime against women and children is our topmost priority. We have six DCPs, eight ACPs and nine SHOs who are women and they are placed in areas where women related problems are anticipated. The approach is to treat such cases with expeditious attention," he said.

He further stated that by 2025, 'hopefully', the percentage of women representation in the Police force will increase to 25% as against 13% at present.

"As per the Government of India's directive, 33% of women should be there in the Police force, so we are working on it," Asthana added.