The CBI registered a case against Maneka Gandhi and two others for sanctioning a Rs 50 lakh grant to a trust allegedly in a fraudulent manner in 2001. 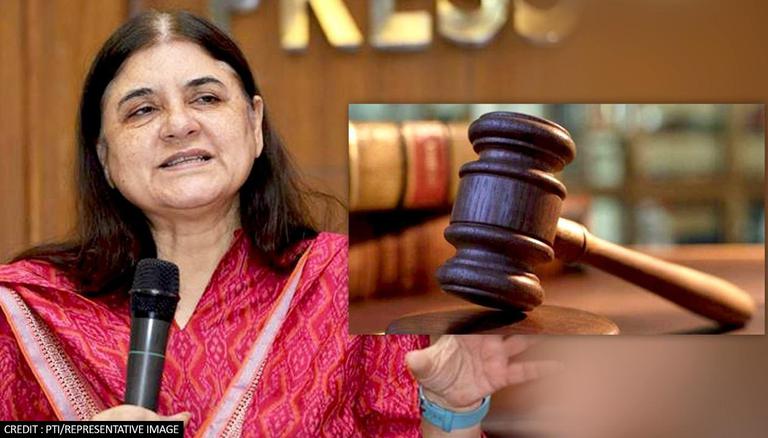 
The Delhi High Court on Wednesday issued a notification to the Central Bureau Investigation (CBI) on a plea seeking to declare that no consent is required for taking cognizance of the offence collected by the Trial Court against the accused in connection with a corruption case allegedly involving Maneka Gandhi.

After hearing the case, Justice Yogesh Khanna issued a notice to the CBI and listed the matter for further hearing on December 6. The petition has been filed by complainant VM Singh against the trial Court order dated February 4, 2020.

Singh's advocate Arjun Harkauli urged the Delhi HC to set aside the order dated February 4, 2020, "to the extent the court has directed CBI to obtain sanction from the sanctioning authority for taking cognizance of the offence."

The petitioner, Singh was aggrieved of the impugned order dated February 4, 2020, whereby, he stated, "The Trial Court was prima facie convinced of the commission of offences but in view of the amendment to section 19 of the Prevention of Corruption Act, 1988 has erroneously directed the CBI to obtain sanctions from the sanctioning authority for taking cognizance of the offences committed between 1998-2001."

According to the petitioner, Section 19 of the Prevention of Corruption Act, 1988 grants that no court shall take cognizance of an offence committed by a person who was a public servant at the time of the commission of the offence, except with the previous sanction from the competent authority.

The petitioner submitted that various High Courts have held that the amendment to section 19 of the Prevention of Corruption Act, 1988 is prospective and will not apply to offences committed before the introduction of the amendment.

The petitioner, Singh, further submitted the Apex Court has held that when an amendment creates new rights, obligations, liabilities the same shall always be prospective unless the statute makes it retrospective in application.

The petitioner has urged Delhi High Court to call for the records of the case lodged under section 120B with section 420 of the Indian Penal Code (IPC) and Section 13 (2) and 13(1)(d) of the Prevention of Corruption Act titled "CBI vs Maneka Gandhi" pending before Special Judge in Rouse Avenue District Courts.

He also sought to declare that no sanction is required for taking cognizance of the offence by the Trial court against the accused persons in the facts of the present case.

The petitioner sought to pass an order declaring that the amendment to Section 19 by the Prevention of Corruption (Amendment Act), 2018 which came into force on July 26, 2018, is prospective in application.

Earlier Bharatiya Janata Party (BJP) MP Maneka Gandhi had filed a plea challenging a trial court order directing the investigating agency to further probe a corruption case against her. The trial court on February 4, 2020, had directed the CBI to again conduct further investigation and to obtain sanction from the sanctioning authority for taking cognizance of the offences committed between 1998-2001.

CBI registered a case against Maneka Gandhi and two others for sanctioning a Rs 50 lakh grant to a trust allegedly in a fraudulent manner in 2001.

It was alleged that the Ministry of Social Justice and Empowerment through the Maulana Azad Education Foundation, had given some grants to certain unjustified beneficiaries beyond the rules and regulations and that such grants were given at the behest of the petitioner Maneka Gandhi.

On August 17, 2006, CBI registered an FIR against Maneka Gandhi under 120B (conspiracy) and 420 (cheating) of IPC, and Section 13(2) and 13(1)(d) of Prevention of Corruption Act. It also named one Dr FU Siddiqui the then Secretary of MAEF and one Dr Vijay Sharma, the then Managing Trustee, Gandhi Rural Welfare Trust.