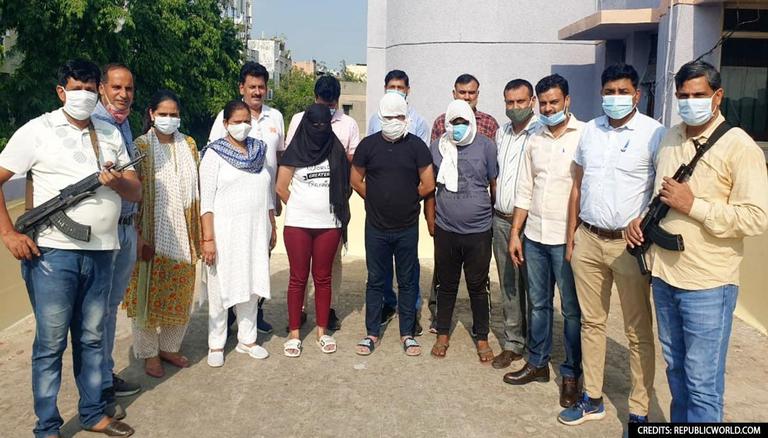 
Two software engineers including a girl and an MBA graduate were held by the Delhi Police Crime Branch for running a honeytrap gang and blackmailing rich businessmen threatening them to upload their intimate scenes on social media. DCP of Crime Branch, Manoj C said that the accused used to trap wealthy businessmen with the help of Tinder app.

The official said that a complaint regarding the extortion of Rs 1 crore was received at the office of STARS-II, Crime Branch. The complainant stated that an unknown person had called and demanded Rs 1 crore from him over the last few days and had threatened to publish morphed pictures of him along with a woman on social media.

A case was lodged and a team was formed to look into the matter. During the investigation, a lot of technical and manual information was collected, and a thorough analysis was conducted by Inspector Dinesh Kumar and Inspector Arun Sindhu under the supervision of ACP Arvind Kumar. The team conducted a raid in Gurugram and arrested the accused. Following his interrogation, one girl and a boy Aryan Dixit were apprehended.

"The mastermind is Raj Kishor Singh who had been running this racket. He is a software engineer by profession. He fell into bad company and to earn quick money he started a spa. Later he started running a honeytrap gang with the help of spa girls. Aryan Dixit is an MBA graduate. He has his own online garment business. He met Rajkishore through his girlfriend to earn easy money. One girl arrested by our team is also a software engineer," said Mr Manoj.

The official said that she was unemployed during the lockdown and was looking for a job. Meanwhile, she met Rajkishor, who used her for honey trapping. Their MO was to find wealthy businessmen through the “TINDER APP” and the girl initially chats to lure the target and later they would fix up a meeting with the target. During the meeting, the girl places the spy handbag camera discreetly in the room and captures the intimate videos and pictures. Later they would demand money from the victims.
"The accused have been caught and we are looking into the matter," said the official.