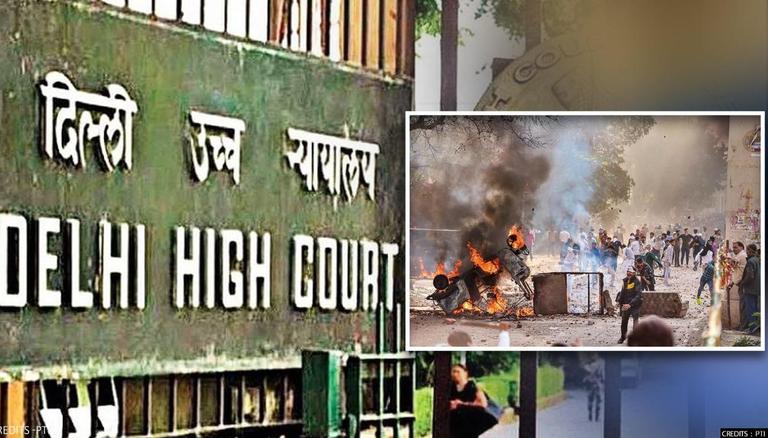 
The Delhi High Court has been informed by the city police that the petition filed by Delhi riots-accused Gulfisha Fatima alleging illegal detention is "false" "frivolous" and "vexatious."

"...the present petition preferred by the Petitioner is false, frivolous and vexatious. The present petition is abuse and misuse of. the process of law. The Petition has been filed on baseless, concocted, motivated and absurd facts and circumstances of the case," said the Delhi Police in its affidavit.

The response came in on a petition filed by Fathima praying for a direction for her release in connection with a larger conspiracy case relating to North East violence under stringent provisions of the Unlawful Activities (Prevention) Act.

A vacation bench of the High Court presided over by Justices Rekha Palli and Amit Bansal asked Fatima's counsel to file a rejoinder to police response and listed the matter for further hearing on June 18.

"How is this maintainable? First tell me? After reading the counter affidavit, prima facie the petition is not maintainable. First file rejoinder," the court said.

The police also claimed that the petition filed by accused Gulfisha Fatima saying that it is not maintainable.

The Delhi Police in its affidavit filed through Advocates Amit Mahajan and Rajat Nair  stated that on September 16, 2020, the charge-sheet was filed before the Trial Court against the Petitioner Fatima and other co-accused persons and a day after on September 17, the court had taken
cognizance of the offenses.

An FIR was lodged against her on 9 April, related to the communal violence in northeast Delhi in February this year. Later, Fatima was taken into custody under the stringent Unlawful Activities (Prevention) Act on 18 April, along with other students Meeran Haider and Safoora Zargar. Fatima is not a member of Pinjra Tod, a women’s collective

Pinjra Tod (Break the Cage) was founded in 2015 to make hostels and paying guest accommodations less restrictive for women students.

Communal clashes had broken out in northeast Delhi on February 24 after violence between citizenship law supporters and protesters spiraled out of control leaving at least 53 people dead and around 200 injured.