Three days after violence broke out in the national capital, it has been reported that a DRP Convent School in Shiv Vihar of Delhi was burnt by the violent mob

Three days of shocking violence in the national capital also claimed a convent school in Delhi, it has emerged. The DRP Convent School building in Shiv Vihar has been destroyed by a violent mob, with remains of country-made bombs being found in the school building. The DRP Convent which has had 100% passing rate had students from all communities studying, informed Pankaj Sharma, Manager of the school. Visuals show benches and other school furniture broken and sacks of bricks have also been found at the school.

Speaking to Republic TV, Pankaj Sharma, Manager of the DRP school, stated that burning down a school building is part of a conspiracy. "Since 2014, we had 100% passing rate and had a great strength of students from both communities studying here. We loved everyone. We had built every corner of this school with love. People have looted the school first and then burnt it. This was done on purpose," said Sharma. 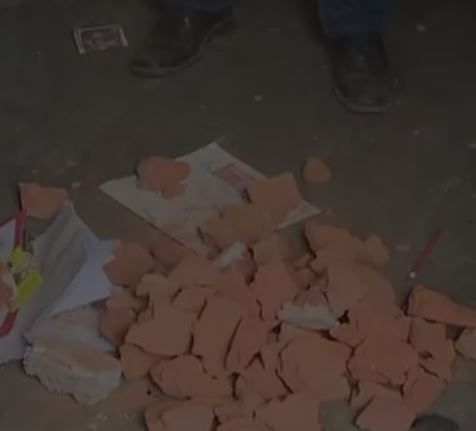 Hearing the plea by Harsh Mander seeking registration of FIRs for hate speech against BJP leaders Anurag Thakur, Parvesh Verma and Kapil Mishra, the Delhi High Court has on Thursday impleaded Ministry of Home Affairs to be the "necessary party." It has also given four weeks to Union of India to file a counter affidavit in the matter. The plea has been adjourned till April 13. The order was dictated by a bench comprising of Chief Justice DN Patel and Justice C Hari Shankar.

Violence broke out in several areas in north-east Delhi, on Sunday evening. Clashes began between pro-CAA and anti-CAA groups as both resorted to stone-pelting. The situation deteriorated even as Delhi Police was present at the spot. Amid the rampant violence, Delhi Chief Minister Arvind Kejriwal and Union Home Minister Amit Shah met on the prevailing law and order situation in the national capital at noon on Tuesday.

Subsequently, the Delhi borders were sealed.  Meanwhile, on Tuesday night, National Security Advisor Ajit Doval visited the DCP North East in Seelampur to review the security situation. As per official records, the death toll for the violence on Delhi street has risen to 34 in the clashes.