The UP police had arrested a 24-year-old man for allegedly hacking the Election Commission of India (ECI) website and creating hundreds of fake voter IDs. 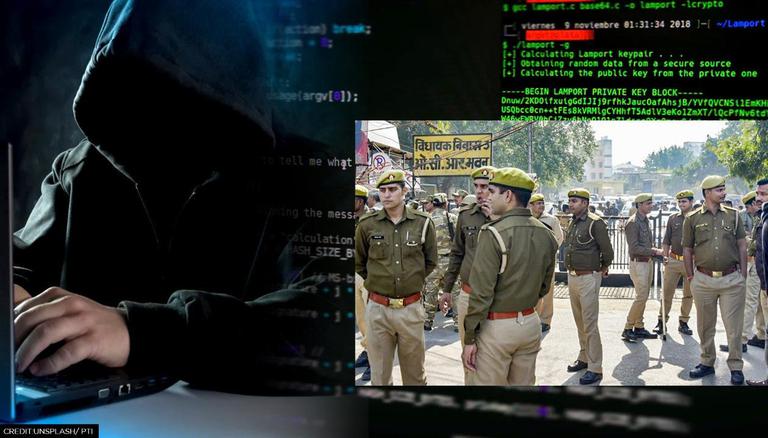 
On Saturday, Uttar Pradesh Police's Special Task Force (STF) said that it will investigate the Election Commission of India’s website hacking case. While stating that this case came to the notice of Saharanpur Police first, STF informed that the case was immediately registered and the accused was arrested. As per the latest reports, the local Saharanpur Police administration believes this is a sensitive matter and should be investigated by another agency. Following this, the CM Yogi-led government has decided that this entire matter should be discussed by the STF so that all its aspects can be exposed, such as under what circumstances and how these things were done.

Earlier on Thursday, the Uttar Pradesh police had arrested a 24-year-old man for allegedly hacking the Election Commission of India (ECI) website and creating hundreds of fake voter IDs. Vipul Saini, who was nabbed from the Saharanpur district of Uttar Pradesh, has a Bachelor of Computer Applications (BCA) degree.  According to the initial investigation, the UP Police found that Sainiw worked at the behest of Armaan Malik from Madhya Pradesh, and he had created over 10,000 fake voter IDs in the last three months.

Saharanpur Senior Superintendent of Police S Channappa said, "Saini was paid ₹ 100-200 per ID and when his bank account was examined after the arrest, the police found ₹ 60 lakh deposited in it."

While informing that Saini's account was freezer immediately, the Police said they are investigating the source of the money and are trying to find more details about Malik, whom the accused said, used to him details of the day's work. During the investigation, the Saharanpur Police had also seized two computers from the 24-year-old's resident. Remarking that links to anti-national or terrorist forces are being probed, the police informed that Saini lived in Sharanour's Gangoh village.

Following the ECI website hacking case, Uttar Pradesh ADG STF Amitabh Yash, on Saturday afternoon, issued the first statement and informed that the investigation of the matter has now been transferred to the STF. While speaking exclusively to Republic Media Network, Amitabh Yash said, "Prima facie it appears that the ECI website has been accessed in an unauthorized manner possibly through leakage of username and password." Asserting that this matter is not about hardcore hacking, the UP ADG STF said that the case is at a very early stage right now. He said, "We don't have solid facts about it yet."