The recent revelations about PFI made by the Enforcement Directorate (ED) is part of the larger Rs 120 crore money laundering case being probed since 2018.

The recent sensational revelations about Popular Front of India (PFI) made by the Enforcement Directorate (ED) is part of the larger Rs 120 crore money laundering case that is being probed since 2018. The agency suspects that there is a direct correlation between the money received by the outfit and the violent anti-Citizenship Amendment Act demonstrations. In the process, 73 bank accounts related to PFI came under the scanner.

Republic TV has now learnt that PFI’s accountant KP Jaseer has made a stunning revelation. “For the last 10 months, since I am accountant PFI received approximately 30 lakhs as a donation... out of the donation, we got around 50% as cash. Out of the cash donation, 60-65% is deposited in bank and rest is kept in national office, Shaheen Bagh, Delhi. Members from a specific area collect the cash from the people and hand over the cash to the local coordinator and the coordinator then travels to Delhi to deposit the cash to the national office in Shaheen Bagh,” Jaseer has told the financial agency. 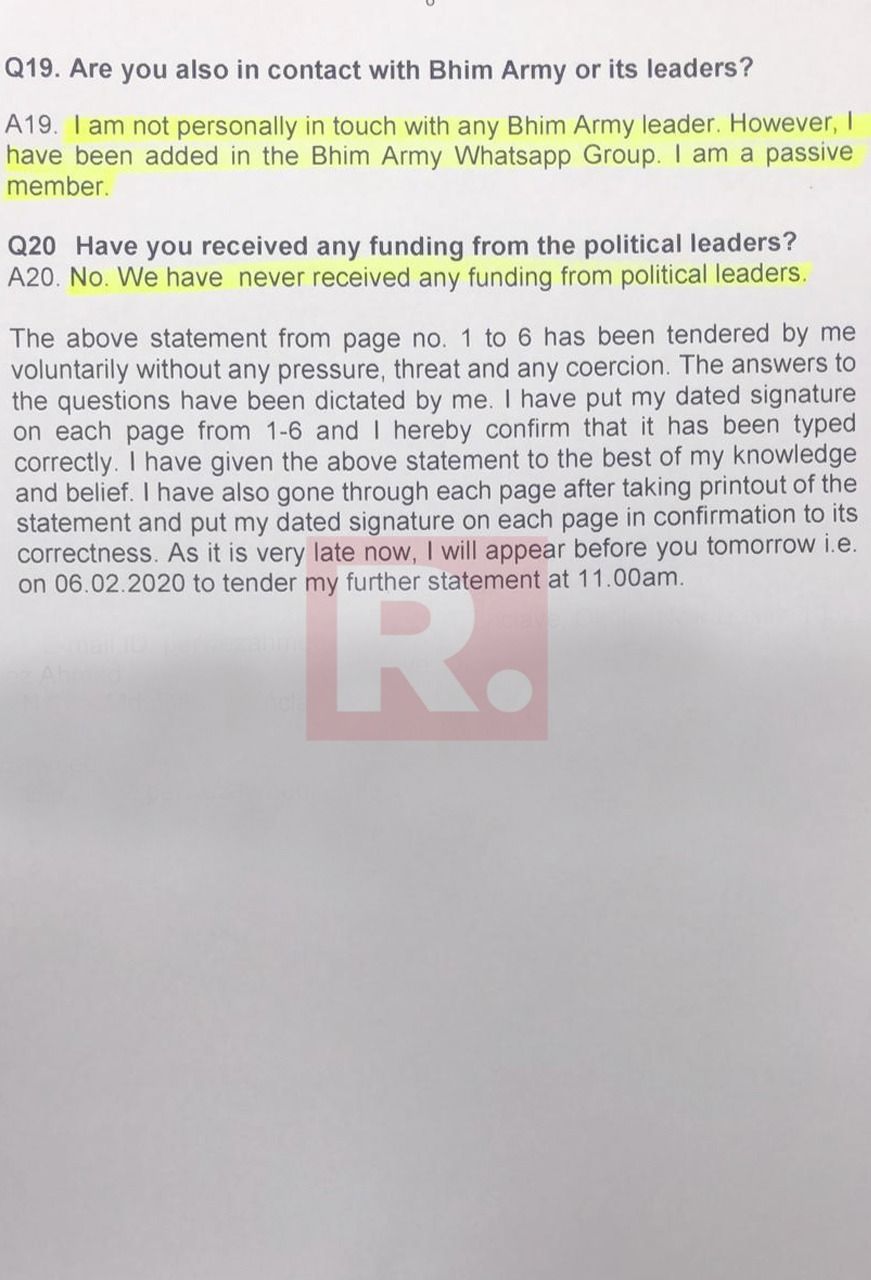 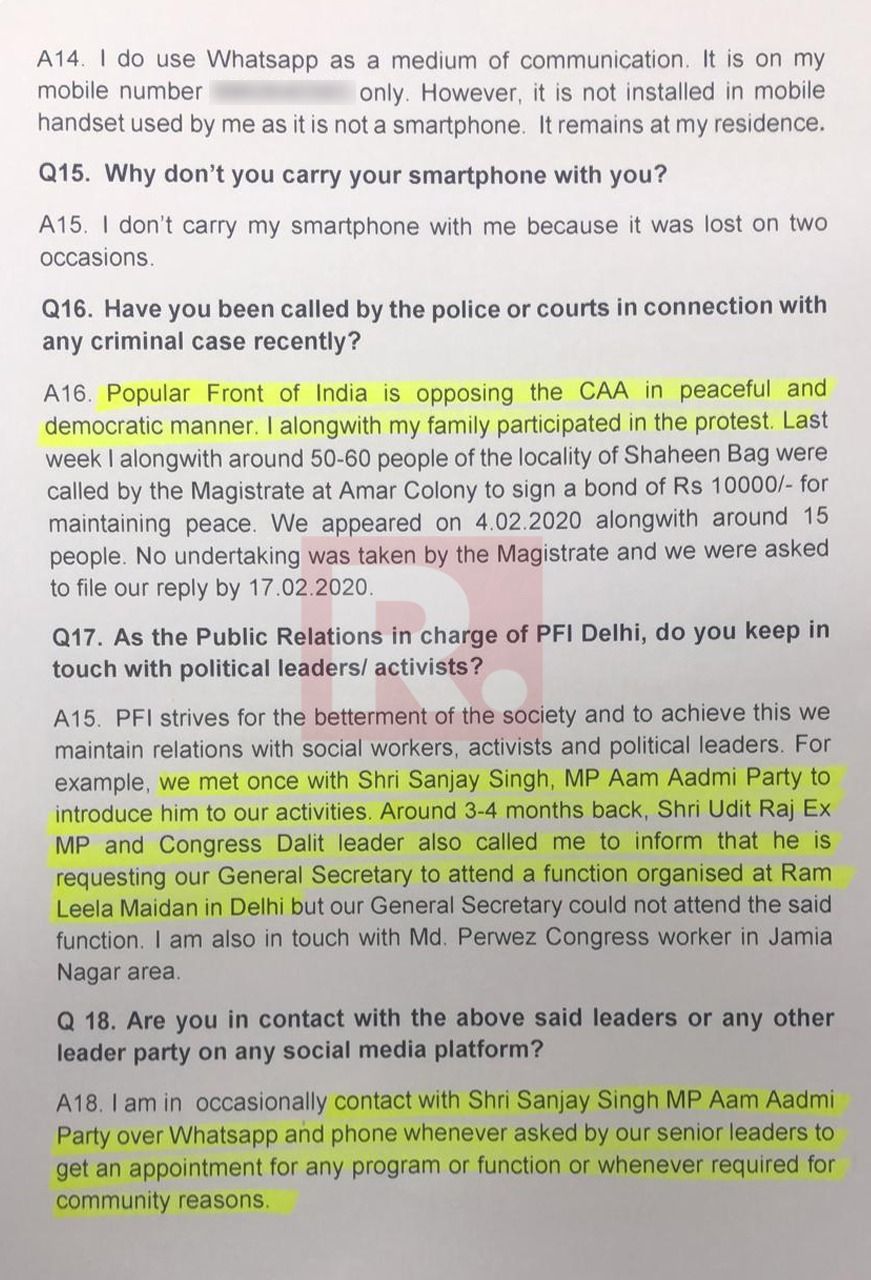 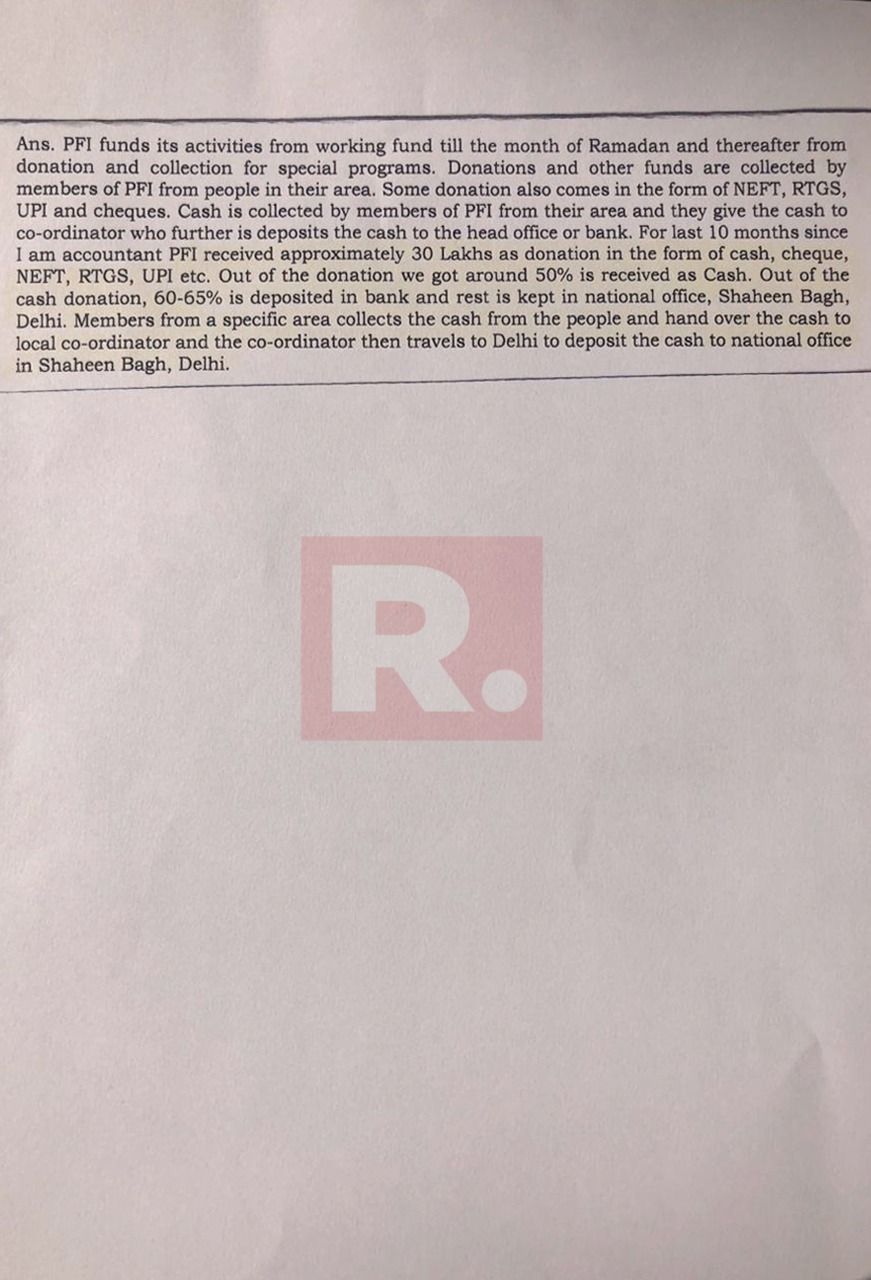 According to top sources, two-thirds of the cash donations were deposited in bank accounts whereas one third was kept in PFI’s national headquarters office situated at G-78 Shaheen Bagh. ED has also received flak from opposition parties questioning the timing of these revelations. “The proceeds of crime have reached Shaheen Bagh. There is no reason why the agency will not probe. More importantly, till recently transactions were taking place. This case is being probed for long now. And we will continue our investigation of money trail is concerned,” said a source within the agency.

Republic TV has also learned that nine PFI members have been questioned by the ED. But not a single PFI member has categorically denied the involvement of PFI in the anti-CAA protests before the agency. However, in a public statement, PFI has been denying any links to the anti-CAA protests. “The proceeds of crime have been used as lately as November and December. The accountant has admitted that money was being sent to the PFI Shaheen Bagh office. So how does the timing matter as raised by aggrieved parties? ED will investigate if the proceeds of crime reach Shaheen Bagh,” added the source.