The Centre should extend financial support while people should work hard and drive the State on the path of progress, the Chief Justice of India said. 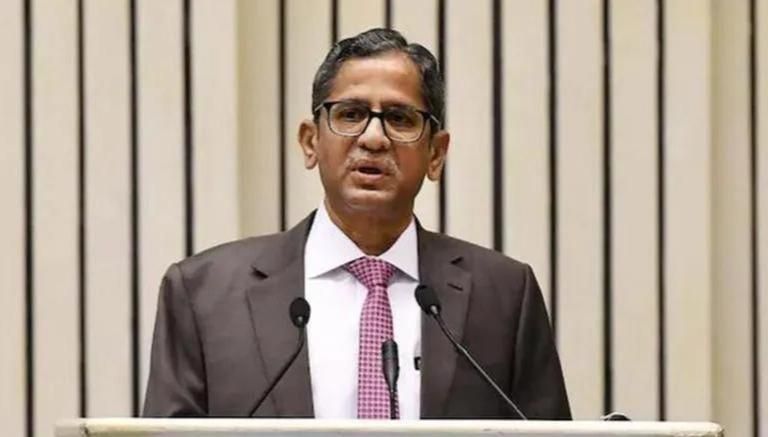 
The Centre should extend liberal financial assistance to Andhra Pradesh as the State suffered due to its bifurcation, Chief Justice of India Justice Nuthalapati Venkata Ramana said on Saturday.

"There is a feeling of anguish among people that the State has been pushed backwards in terms of finances upon bifurcation. The Centre should extend financial support while people should work hard and drive the State on the path of progress," the Chief Justice of India said.

He was addressing a public meeting after inaugurating the new courts complex in Vijayawada city.

"In the last 16 months of my tenure, we appointed 250 judges to high courts, 11 to Supreme Court and also 17 Chief Justices. Due representation was given to various sections in the appointments. This will enhance people's faith in the judiciary," Justice Ramana said.

During his tenure as the CJI, Justice Ramana said he focused on filling up judicial vacancies and also building required infrastructure.

Pending cases are the main problem, reasons for which are many. Judicial officers should have the eagerness to deliver justice within a short span of time. At the same time, lawyers should also extend their cooperation to strengthen the judicial system, the CJI said.

Justice Ramana remembered his first senior K Ravindra Rao and other mentors who groomed him and helped him reach this position.

They encouraged me in every step, because of which I rose to this position, he said.

He exhorted senior advocates to spot the talent and groom their juniors and also provide necessary encouragement to grow.