After a ‘Free Kashmir’ placard surfaced at the protests in Mumbai against the JNU violence on Monday, the Bhartiya Janata Party has filed a complaint in Mumbai.

After a ‘Free Kashmir’ placard surfaced at the protests in Mumbai against the JNU violence on Monday, the Bharatiya Janata Party has filed a complaint in Mumbai, and the police have assured an investigation in the same.

Senior BJP leader Kirit Somaiya has sought help from the police and has questioned the permission for such a demonstration. Visuals from the Gateway of India where thousands gathered, showed a woman carrying a 'Free Kashmir' poster.

Further lashing at the Uddhav Thackeray-led Maharashtra government, Somaiya asserted the government has backed the demostration and accused them of pleasing Sonia Gandhi and compromising for the appeasement of minority voters.

In an exclusive telephonic conversation with Republic TV, the BJP leader said,

"The Minister himself participated. It is not without permission that the anti-India slogan was shouted. What does Thackeray govt want to do? Just to please Sonia Gandhi and for the appeasement of minority voters, how much they want to compromise. Now illegal demostration followed minister participating and demand for Kashmir Azaadi; What's going on. Mumbai joint commissioner has assured me that they will go for inquiry and take appropriate actions." 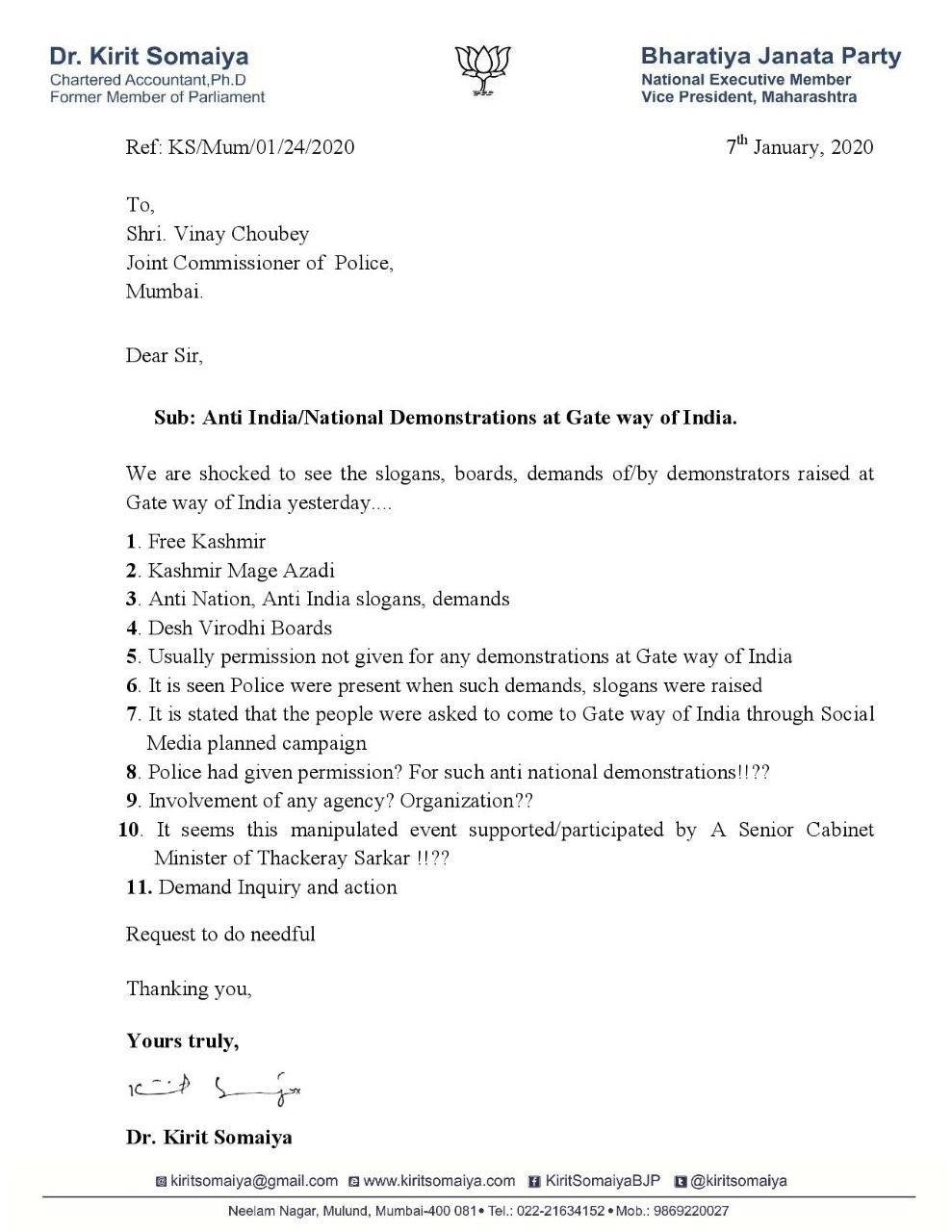 Earlier, BJP leader Devendra Fadnavis had hit out at Maharashtra Chief Minister Uddhav Thackeray for not taking any action thus far. Citing the placard, Fadnavis raised doubts about the real intent of the protests.

Protest in Mumbai over JNU violence

On January 5, masked miscreants attacked students and destroyed public property on the JNU campus, resulting in at least 34 people getting injured. The shocking attack led to a series of protests across the country such as the one happening at Gateway of India in Mumbai. Hundreds of people have gathered there to protest against the brutal force used on students.