From Rahul Gandhi's Twitter fiasco to the #MeToo allegation case against MJ Akbar, scroll down to know about cases, which will be heard in courts on August 10. 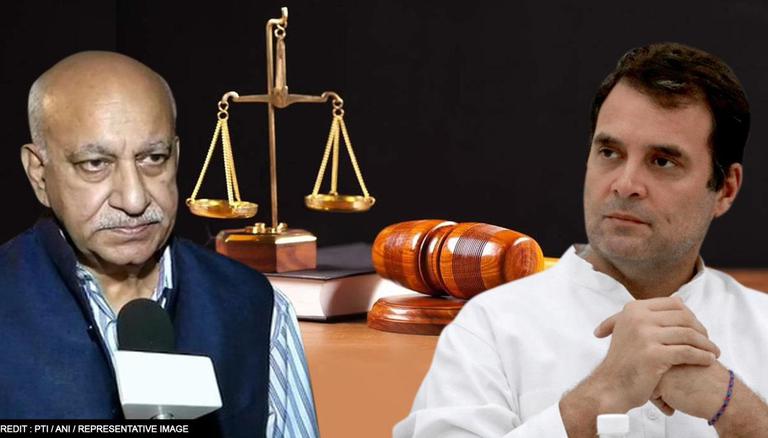 
The Delhi High Court on August 10 is set to hear proceedings in crucial matters. Much talked about pleas such as that against Rahul Gandhi for allegedly publishing a picture of the family of Nangal rape victim onTwitter and the former External Affairs Minister, MJ Akbar's appeal against journalist Priya Ramani's defamation case are on cause lists of the Court.

-- Court to hear the fresh petition filed by a social activist seeking registration of FIR against former Congress President Rahul Gandhi for allegedly Tweeting the picture of the family of the 9-year-old rape victim's family.

On his Twitter handle, Rahul Gandhi had posted a picture of his meeting with family members of the nine-year-old Nangal rape and murder victim. He wrote in the caption, "The tears in the eyes of the parents say that their daughter, the daughter of the country deserves justice." He had added," I am with them in this journey for justice."

As Rahul Gandhi proceeded to post about this meeting on social media without taking care to blur out the identities of the victim's family, the National Commission for Protection of Child Rights (NCPCR) had written to Twitter regarding Rahul Gandhi's tweet disclosing the victim's family, which is in contravention of the POCSO act. After this, the social media giant first removed the post, and a few days later, on Saturday, 'temporarily suspended' the senior Congress leader's account.

-- Court to hear the appeal filed by former External Affairs Minister M J Akbar against the trial court order acquitting journalist Priya Ramani in a defamation case filed by the politician for tarnishing his image in the wake of the MeToo movement. The court in the first hearing said that it would call for the records of the case from a trial court. While Ramani levelled sexual harassment charges against Akbar in the wake of the #MeToo movement, the ex-Union Minister had filed a complaint against her on October 15, 2018, for allegedly defaming him

Rouse Avenue Court acquitted journalist Priya Ramani in the criminal defamation case filed against her by BJP MP MJ Akbar for her allegations of sexual harassment against him. While Ramani made this allegation against Akbar in the wake of the #MeToo movement, Akbar had filed a complaint against her on October 15, 2018, for allegedly defaming him. During the course of the hearing, senior advocate Geeta Luthra argued for Akbar while senior advocate Rebecca John appeared for Priya Ramani.

Assailing the "malicious allegations", Akbar's counsel contended that there was no complaint relating to the incident that purportedly occurred two decades back.