The development came after Lawrence Bishnoi was produced before Delhi's Patiala House Court today after the expiration of his 5-day remand. 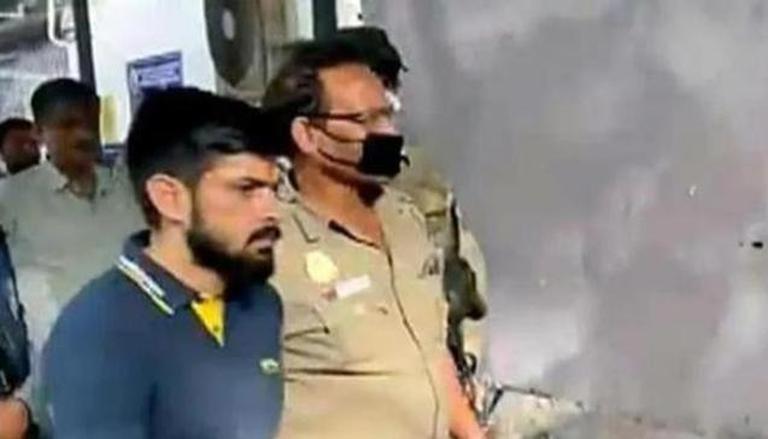 
In a major development, a Delhi Court on Friday sent gangster Lawrence Bishnoi to 4-day police custody in an Arms Act case. The development came after Bishnoi was produced before Delhi's Patiala House Court today after the expiration of his 5-day remand.

Upon being produced before the court, the Delhi Police (South Range) Special Cell sought four days' custody of Bishnoi. According to the police, in a case from Punjab, gangster Jaggu Bhagwanpuria had told the police that Bishnoi had provided him weapons to carry out the crime. Bhagwanpuria is currently lodged in jail and the Delhi Police wants to interrogate Bishnoi in this case.

Notably, Lawrence Bishnoi is also under the scanner in the investigation pertaining to Sidhu Moosewala's murder. Earlier, the Delhi Police had called the gangster the 'mastermind' behind the popular singer's murder. Canada-based Goldy Brar, who is a member of the Lawrence gang, had claimed the responsibility for the murder on social media. At least five more people are suspected to be involved in the homicide, as per the Delhi police.

Speaking to ANI, the Special CP of Delhi Police said, "Lawrence Bishnoi is the mastermind, can't share further details on how he was involved. Our efforts are underway to nab the remaining accused."

After his name surfaced in the probe, the gangster filed a plea in the Delhi High Court seeking necessary safety as he apprehended a 'fake encounter' by the Punjab Police in connection with his alleged involvement in the Moosewala probe. He later withdrew his application. Bishnoi has been lodged in the Tihar Jail in connection with a case filed under the stringent Maharashtra Control of Organised Crimes Act (MCOCA).

On May 29, Sidhu Moosewala was travelling in his own car, with two other people -- his friend, and cousin -- when a car came from behind, and two from the front, and opened indiscriminate fire on his vehicle. In all, around 30 rounds were fired by the assailants at Moosewala’s car.  All three people in the car sustained injuries. The singer had 19 “firearm wounds” on his body, caused by bullets and pellets, and died within 15 minutes of the attack while the other two were referred to Patiala for further treatment. So far, the police have arrested 10 people for providing logistic support, conducting recce and harbouring the shooters of the renowned singer.