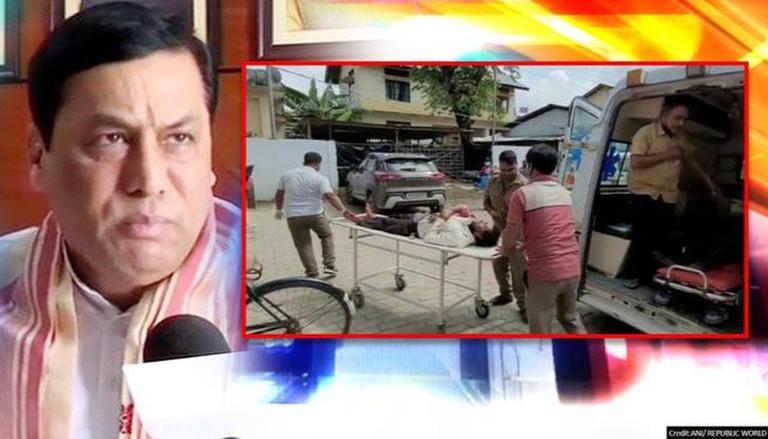 
At least two people were killed and one person sustained injuries in a grenade attack at a market in Assam’s Tinsukia district on Friday. As per sources, two motorcycle-borne miscreants lobbed the grenade inside a hardware shop owned by a person named Puranmol Agarwalla at the Tingrai Bazaar area in Digboi village.

Three persons were present at the shop when the blast took place. Two of them died on the way to the hospital while the injured was taken to Digboi Civil Hospital. The Army and Police have cordoned off the area and are investigating the incident.

“A suspected grenade blast has been reported at Tingrai market. A police team led by DIG and SP reached the spot and started the investigation. We have received some clues which can't be revealed at this moment. We are confident that we will nab the culprits soon,” said Tinsukia SP Nimbalkar Vaibhav Chandrakant.

I strongly condemn the blast at Tingrai market in Digboi. My thoughts are with the family of the deceased & prayers for speedy recovery of the injured persons.

The incident comes just days after a 12-year-old boy was killed when a grenade, which he found lying on the roadside, went off in Kotha Adarsha Gaon in Tinsukia. Assam Police later informed that the grenade may have been “dropped mistakenly” by security forces during routine movement in the area.

"The victim, identified as Sujoy Hajong, was riding a bicycle when he found a grenade lying on the road at Hajong village in Jagun police station area of the district. As he tried picking up the grenade, it went off and critically injured the boy," the officer said.

"We extend our deepest condolences to the beavered family. Further investigation is on," the Assam Police said.

WE RECOMMEND
Assam: 18 elephants die in lightning strikes; ex-CM Sonowal calls it 'unfortunate'
Assam CM Sarbananda Sonowal submits resignation to Guv Jagdish Mukhi ahead of party meet
Assam Health Minister says, 'All civil hospitals to have oxygen plants within a month'
Bengal Guv on Assam visit urges CM Mamata Banerjee to give up 'confrontationist approach'
Sarbananda Sonowal or Himanta Biswa Sarma? Who will be the next Chief Minister of Assam