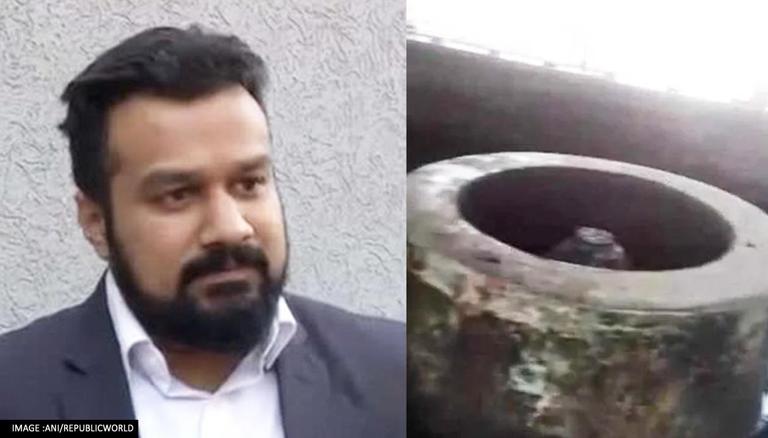 
The District and Session Judge AK Vishvesha resumed the hearing in the Gyanvapi Mosque- Kashi Vishwanath temple complex issue, with the Anjuman Intezamia Masjid Committee's plea challenging the maintainability of the suit filed by the Hindu side on Thursday.

Even as the hearing was ongoing, in a big claim, the counsel of the Hindu side, Vishnu Shankar Jain, alleged that the Shivling which was found by the team of the Advocate Commissioner during the survey of the disputed premises had been 'damaged'. "They have actually damaged the Shivling that they are referring to as a fountain. The 63-cm hole found in the structure has actually been done by them. They had kept a Chakri sort of a thing atop...the 5 cages made up of cement that you are seeing is their doing..." Jain said.

The counsel added, "It's a matter of a few days back when they were taking the Chakri but were stopped by the CRPF. The Chakri is kept in the storeroom, and its videography and photography have been done. We will put this matter before the court once the maintainability of the suit is decided."

#BREAKING | In Gyanvapi matter, Hindu side lawyer Vishnu Shankar Jain makes massive allegation, says Shivling was damaged and that the instrument used for the purpose has been found; 'will keep this in court after maintainability decided' https://t.co/w4HYpHtlqY pic.twitter.com/4hMbSQvhu9

On April 26, Varanasi's Civil Judge (Senior Division) Ravi Kumar Diwakar ordered a videography survey to ascertain the petitioners' claim. While a team led by court commissioner Ajay Kumar Mishra conducted a partial survey of some areas outside the mosque on May 6, they were prevented from entering the mosque complex the next day owing to a dispute over the interpretation of the court order. Finally, the court allowed the videography survey of the Mosque premises, which was completed on May 16. In the report of the survey accessed by Republic, there is a mention of a Shivling being found in the 'wazu khana' in the disputed premises.

The top court on May 20 had transferred the civil suit filed by Hindu devotees on Gyanvapi mosque from civil judge (senior division) to district judge, Varanasi saying looking at the complexities and sensitivity of the issue, it is better if a senior judicial officer having an experience of over 25-30 years handles this case.

The Varanasi District court on Tuesday announced that it will start hearing the maintainability of the plea in the Gyanvapi Mosque case on Thursday, May 26.