Addressing the press on Friday evening, the Cyberabad Police provided details of the horrific murder of 27-year old doctor from Hyderabad

#ParliamentRaiseHyderabad | Cyberabad police confirms gangrape in horrific Hyderabad murder, and that four accused have been arrested; says it will request the case be handed over to a fast-track court https://t.co/RZHKU3wOei

The Police said: "Four people saw the victim parking her vehicle near the toll plaza at 6 PM on 27 Nov, and while consuming alcohol they discussed the lady and had hatched a plan to commit the crime." The Police added that the four accused has been arrested. "Based on the confession of the accused and the evidence collected, it is revealed that the following four persons were involved in the crime: Mohammed Areed, Jollu Shiva, Jollu Naveen, Chintakunta Chennakeshavulu."

Detailing about the timing on the incident, the Police said that they recieved a complaint of missing woman at 3 AM at Shamshabad Police Station. When at 9 AM they received another complaint about ''something burning", they called relatives of the victim to identify the body.

Here is the full Police statement 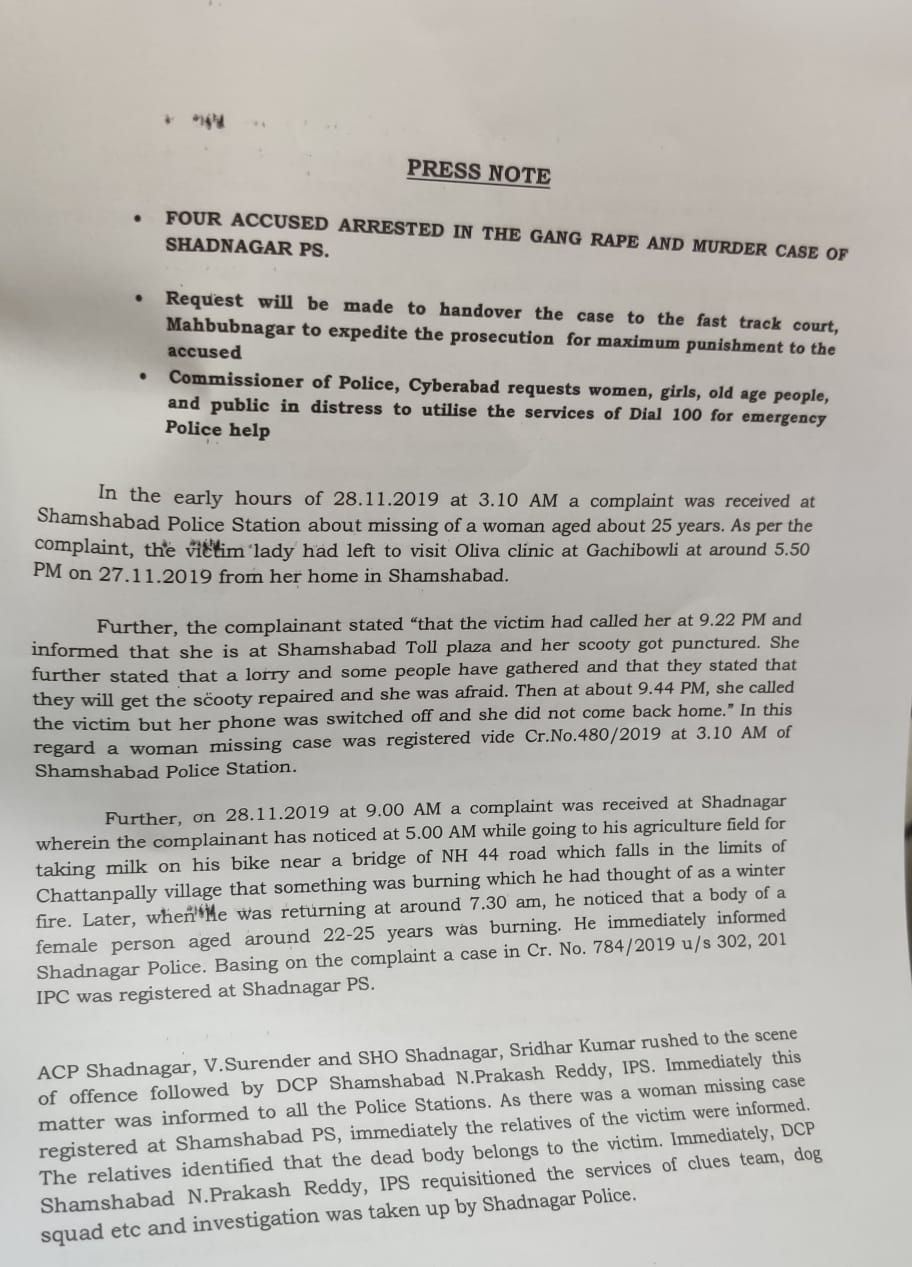 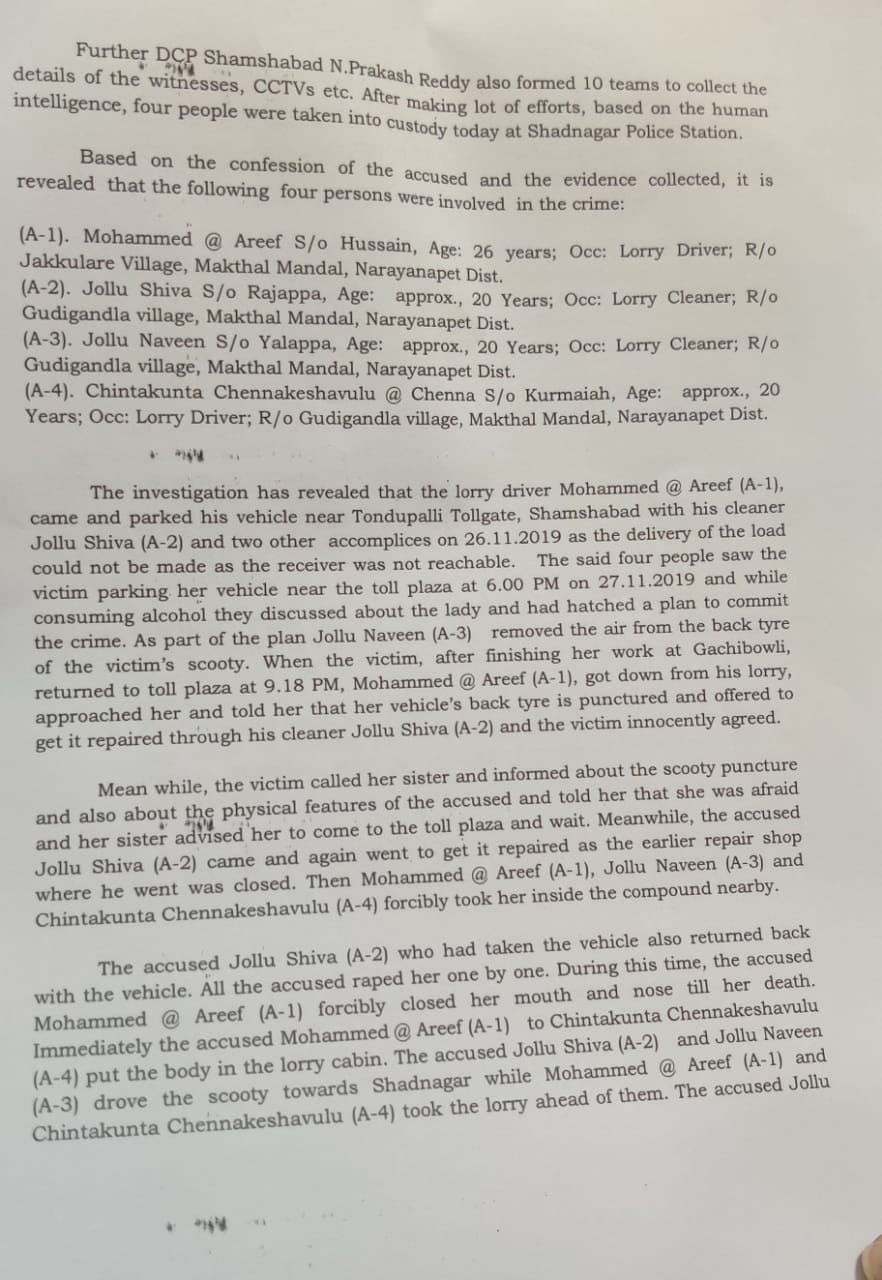 What is the case?

Police found the burnt body of the victim, working as an assistant veterinarian at a state-run hospital under a culvert in Hyderabad after noticed by passersby. Members of the victim's family had filed a missing complaint after she did not return home by 10.20 pm on Wednesday. Police said she had gone to the hospital after she parked her two-wheeler near Shamshabad toll plaza and took a shared cab. The victim's sister said that the victim had called her saying that she felt scared as of a lorry driver. Soon after the victim's sister called her again at 9.44 pm, the victim's phone was switched off. The body was found near the culvert on the Hyderabad-Bengaluru national highway, which is around 25 km from the toll plaza where she was last seen, police said. Cyberabad Police Commissioner V C Sajjanar said ten teams have been formed to crack the case. He said police were verifying CCTV footage and suspect involvement of least two persons behind the woman’s disappearance.