Republic TV's Editor-in-Chief Arnab Goswami has promised that a final truth of the Sushant Singh Rajput death case will be revealed at 10 am on Monday. Is the Sushant Singh Rajput case ‘truth’ out with unofficial leaks reported from certain sections over the weekend? No, Republic Media Network is set to reveal the explosive final truth that will turn the tables on the ‘suicide theory’ as being claimed.

On Sunday, Republic Media Network's Editor-in-Chief Arnab Goswami made a massive announcement wherein he promised that a final truth will be revealed simultaneously on Republic TV, Republic Bharat and Republic World at 10 am on Monday. It will be a rude wake-up call to those celebrating the unofficial leaks that have come out in recent days.

Speaking on the final truth that will be aired at 10 AM on Monday, Arnab Goswami said:

"Since yesterday, I have been beseeched and swayed with calls from Sushant Singh Rajput’s fans, his supporters, all of who have been distressed and felt absolutely betrayed by this terrible plant, that was put out quoting Dr Sudhir Gupta, the head of the forensic department of AIIMS that Sushant’s case was a simple case of suicide. I was horrified and everyone who called me, asked me, ‘what can we now expect? How on earth did this happen? When facts were completely contrary to what is being claimed, and why is the AIIMS forensic department chief seen in a tearing hurry?'." 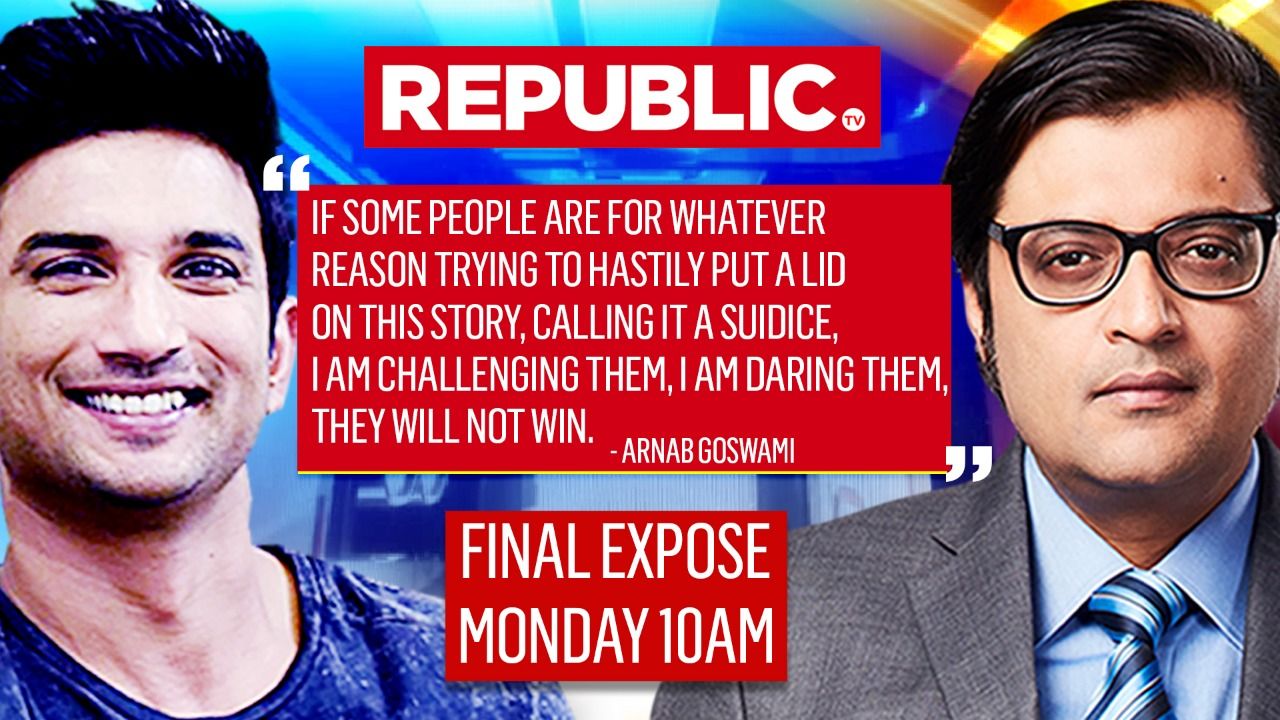 "'Sudhir Gupta has been in an inexplicable hurry to declare the case a suicide. Is there pressure on them? Are they responding to pressure? What happened to the professional examination of the facts which we were promised, when cross-examination of the witness and custodial detention has not happened, when the  Disha Salian case is not being opened up, when Siddharth Pithani is not being taken into custody. When there is no approval, the 164 statements have not been taken, when CBI is not been allowed to even literally start its work, because it’s been kept pending by AIIMS for almost 2-3 weeks, then how is it?' people asked me, that the AIIMS has decided and announced that it is a case of simple suicide?"

"Now, since I received all these calls, we have gone back deep into our investigation and I can tell all the viewers of Republic TV, please do not get disheartened. We are going to put out the final fact, recordings, tapes, and I can’t say more at this stage because I know who our enemies are. But we are going to put out the final proof in this matter, and that will be at 10 in the morning on Monday, that is tomorrow. So this can go across to all our supporters and viewers. Don’t get disheartened."

"We are going to simultaneously put out the final fact, beyond which there can be no questioning and I’ll only tell you this if some people for whatever reason are trying to hastily put a lid on this story, calling it a suicide, I am challenging them, I am daring them today, they will not win. After the facts and the exclusive report, all these people are going to have egg on their face. They will owe an explanation to the nation."

"Having said this, there’s one last thing that I have to say - To many vested interests and sold out people in the media: I was told that some people specimens who call themselves journalists, sold out agents of falsehood, puppets of political parties, have dared to abuse all Sushant fans by saying that they have done a con job. They have said that the Sushant Singh Rajput investigation, which is the greatest public investigation in the history of this country, is a con job. Well, tomorrow if I put out the story at 10 o'clock, I want those fools who said this to put out an apology by 10 am, the fans of Sushant Singh Rajput will them 10 minutes to these sold out agents to put a public apology tomorrow. Republic Media Network will put out its report that will put the final nail in the coffin of all those people who are conspiring to conceal the truth about the mysterious circumstances of Sushant’s murder." 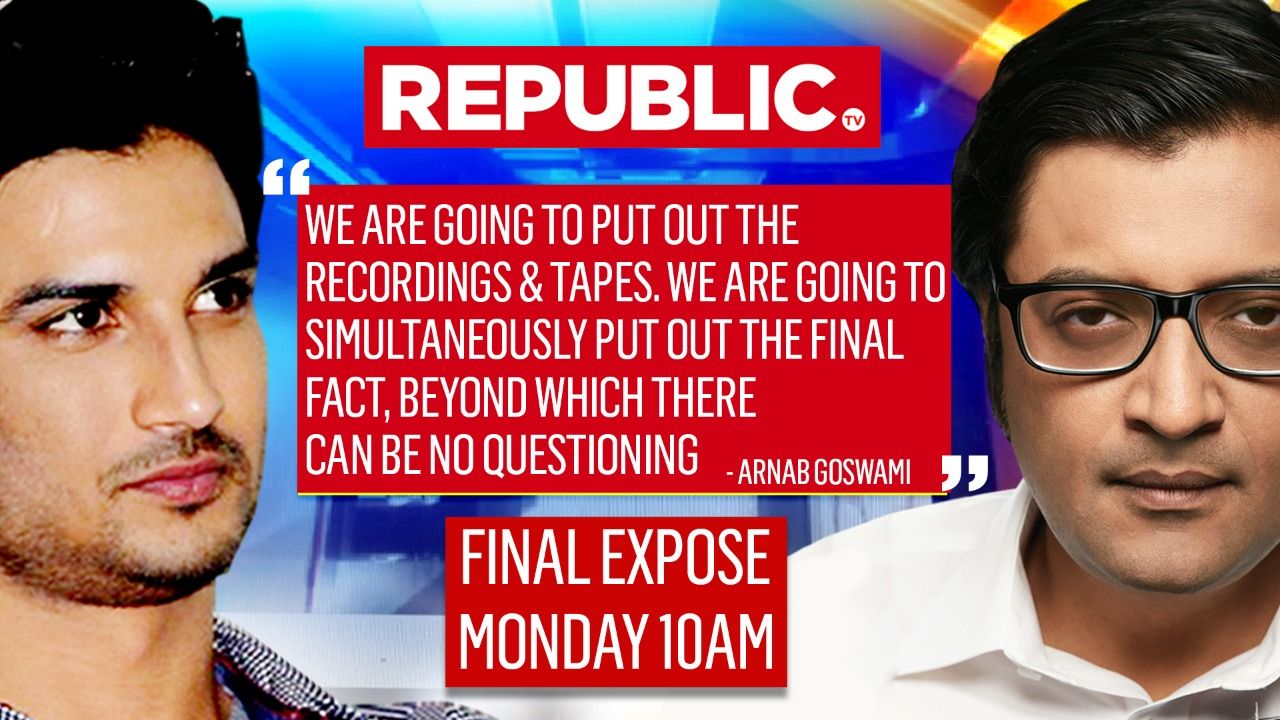 Various media outlets have concluded that Sushant had committed suicide based on what has selectively been unofficially told to them. These unofficial leaks come after the AIIMS team on September 28 submitted its report, based on its analysis of the Mumbai police's post-mortem and autopsy report which included photographic evidence.  The CBI is presently analysing the AIIMS opinion along with the evidence in the case to make its own conclusion.

In the course of Republic Media Network’s investigation, several testimonies have been accessed and people have gone on-record claiming Rhea Chakraborty was spotted with Sushant the night before the actor's death. Individuals have also detailed how the events of Disha Salian's death are intrinsically linked to Sushant's death. Through the Network’s investigation, which was undertaken through a series of interviews and sting operations to uncover the truth, several key persons have stated that they are willing to depose before the CBI if need be.