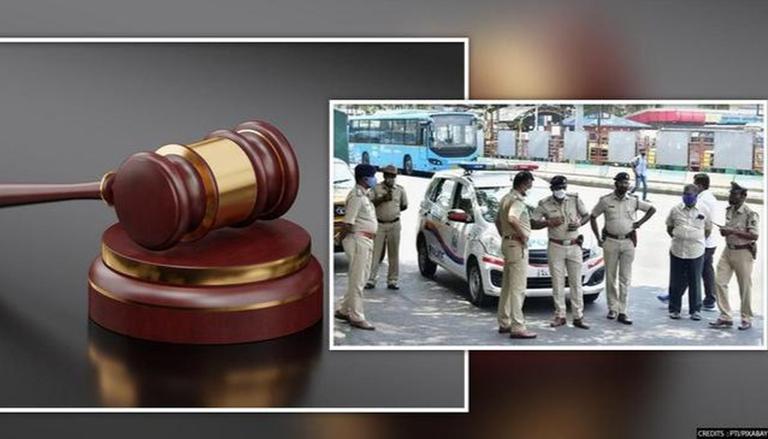 
A Karnataka Court in Chikkamagaluru on Thursday rejected the bail plea of the Karnataka policeman accused of the abhorrent act of forcing a Dalit man to allegedly drink urine while he was in custody. Terming the Karnataka cop's act as 'most heinous', the Court noted that such acts destroy the dignity of persons, and denied the anticipatory bail plea filed by the accused sub-inspector Arjun Gowda. The police officer had filed an anticipatory bail plea in cases registered against him on May 22 with the Gonibeedu police for the offences punishable under Section 323, 342, 504, 506, 330, 348 of IPC. and under Section 3(1)(a), 3(1)(e), 3(1)(r), 3(2)(va), 3(2)(vii) of SC & ST (Prevention of Atrocities) Amendment Act 2015.

Special Judge KL Ashok noted that illegal detention & custodial torture were not a ''part & parcel of the duty of police officers' and therefore denied him protection under Section 197 of the CrPC. Secondly, the court pointed out that the police had taken 12 days to lodge a complaint against the victim and argued that the whole case looks fabricated prima facie.

In his complaint, the victim alleged that police made him drink urine during interrogation inside a police station. He wrote to Karnataka DGP Praveen Sood seeking justice in the matter and sought strict action against the cops including the inspector who used abusive language. According to the complaint registered, he was tortured and harassed in the name of his caste.

"I was taken to the police station and beaten up. My hands and legs were tied. I was thirsty and asked for water, else, I would have died. The cops made a man urinate on me and said I would have to lick the urine from the floor if I want to get out. I did it and came out," he narrated the ordeal.

Further accusing cops of grave offence, hesaid, "The cops also abused my Dalit community while beating me up in police station. They treated me too badly for the allegation made against me which are false. I myself called the police to get protection from villagers but police have behaved brutally against me."

According to the victim, he was picked up based on an oral complaint that was filed with the police for a day on May 10. There was no official complaint registered. He was accused of telephoning a woman and talking to her. Basis no other material fact he was picked up by Gonibeedu Police Inspector Arjun.

Chikkamagaluru SP Akshay M Hakay said that based on the man's complaint, a case has been registered against the sub-inspector.