The Karnataka HC summoned all the DM's in the state over flouting norms under the Prohibition of Employment as Manual Scavengers and Rehabilitation Act, 2013 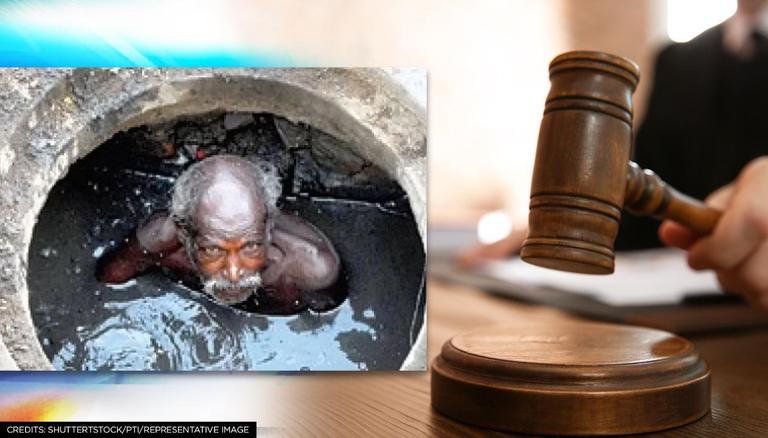 
The Karnataka High Court on August 30 had ordered the District Magistrates (DM) to ensure that manual scavenging was not practised. The High Court summoned all DMs in the state over flouting norms under the Prohibition of Employment as Manual Scavengers and their Rehabilitation Act, 2013. The Karnataka High Court reiterated to the DMs to ensure the rehabilitation of manual scavengers and ordered them to file a detailed report as to why the proposed survey was not completed yet.

Details of the plea

The Karnataka High Court bench led by Justice Satish Chandra Sharma and Justice Sachin Shankar Magadum were hearing a PIL filed by the All India Central Council of Trade Unions (AICCTU) regarding the death of two persons allegedly due to manual scavenging in Kalaburagi in January 2021. The Court ordered the govt. to file a detailed report on why the survey to rehabilitate manual scavengers was not completed. The DMs have been asked to appear in the court on October 4 and if they have a  memo pertaining to the compliance with statutory rules under the act, the court will exempt them

The HC bench mentioned that the DMs bore the responsibility of ensuring that those involved in manual scavenging are rehabilitated. The HC also directed the Magistrates to create awareness among officials to follow the rules of the Act. The bench additionally ordered the state government to present a chart of the necessary equipment listed in the rules of the Act and their availability in various local bodies and ordered them to ensure that all civic bodies have the required equipment. The Karnataka HC further clarified that non-compliance of the Act “shall be exposing all district magistrates for contempt of court proceedings.”

In 2021 alone, Karnataka has reported eight deaths due to manual scavenging. In January, two manual scavengers suffocated to death post which the Karnataka HC had disbursed a compensation of Rs. 10 lakh to the kin of the victims. Three more had died  due to asphyxiation while cleaning a manhole in Ramanagar near Mysuru.