As per police, RSS worker SK Srinivasan was killed in retaliation for the murder of PFI leader Subair, while Subair was killed to avenge the death of Sanjith 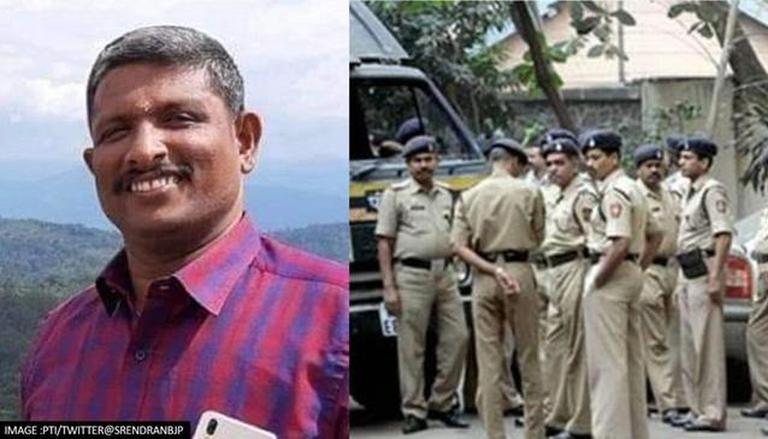 
In a key development, a fire service personnel was arrested by the Kerala police on Tuesday in connection with the murder of RSS leader SK Srinivasan in Palakkad last month.

The detained fire officer is said to be one of the conspirators behind the murder of Srinivasan on April 16 and also the killing of another RSS leader, Sanjith in November last year.

According to the state police, Srinivasan was killed in retaliation for the murder of PFI leader Subair on April 15. Subair, on the other hand, was killed to avenge the death of Sanjith, police had said earlier.

The investigation in these cases is being carried out under the leadership of ADGP (Law and Order) Vijay Sakhare.

According to the police, the arrested accused, who works as a fire officer with the Kongad fire Station was one of the persons who identified the targets for the killing.

With this, a total of 22 arrests have been made so far in connection with Srinivasan’s murder. All of them are affiliated with the Popular Front of India (PFI) or its political offshoot Social Democratic Party of India (SDPI), police said. Meanwhile, those arrested for Subair’s murder are all RSS workers, they added.

Srinivasan, a former district leader and office-bearer of the Rashtriya Swayamsevak Sangh (RSS) was attacked by a six-member gang at his motorbike shop in Melamuri near Palakkad on April 16, barely 24 hours after Subair was hacked to death at Elappully while he was returning home along with his father after offering prayers at a mosque.

The string of murders involving BJP/RSS and SDPI/PFI is the second such incident in the past few months in Kerala. In December last year, a leader of the SDPI and a leader of the BJP were murdered in Alappuzha within 24 hours.