In a key development, Kerala Police filed a case against Enforcement Directorate officials for allegedly forcing gold smuggling scam accused Swapna Suresh to give statements against CM Pinarayi Vijayan. This is being perceived as a major faceoff with the Centre ahead of the state Assembly polls. In an affidavit submitted before the Kerala High Court on March 5, Customs and Preventive Commissioner Sumit Kumar claimed that Suresh talked about the smuggling of foreign currency at the instance of Vijayan and the Assembly Speaker with the help of the UAE Consulate.

READ | Trithala constituency and Sabarimala: The battle of the young guns ahead of Kerala polls

The Crime Branch has registered an FIR under Sections 120-B (criminal conspiracy), 167 (public servant framing an incorrect document with intent to cause injury), 192 (fabricating false evidence), 195-A (threatening any person to give false evidence) among others of the IPC. The ED officials who questioned Suresh on August 12 and 13 last year have been accused of fabricating evidence. The police filed this case in pursuance of the investigation into Suresh's voice clip which circulated a few months ago.

Here is a copy of the FIR: 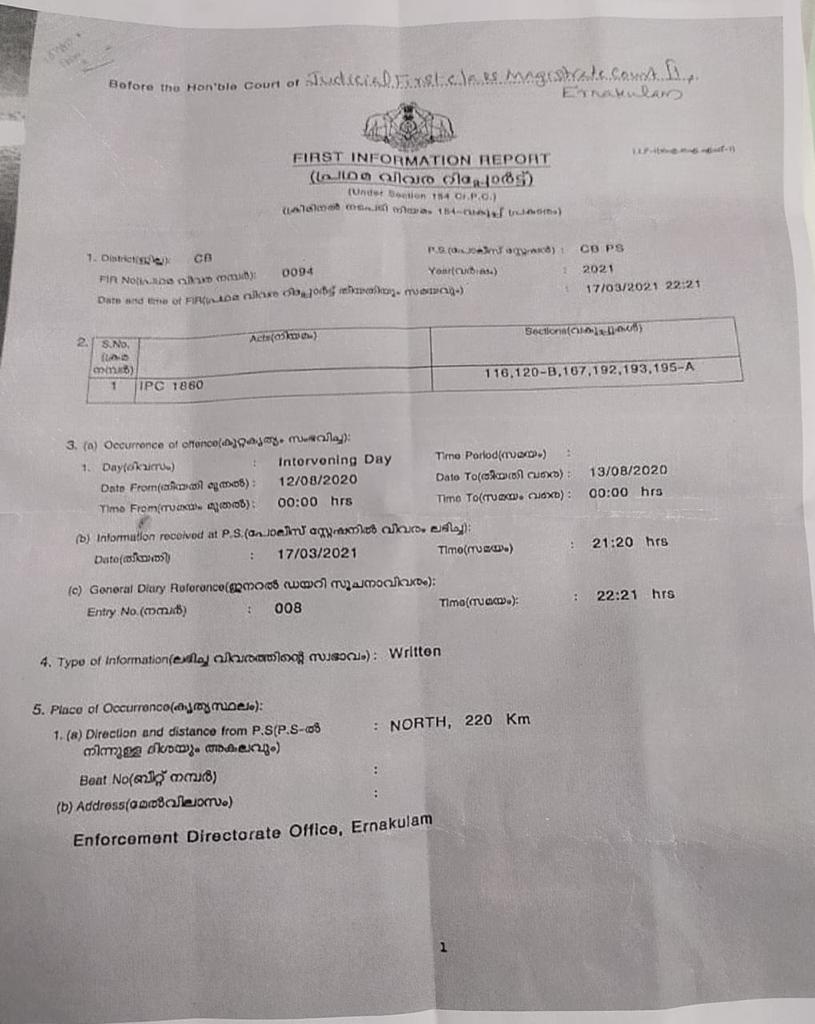 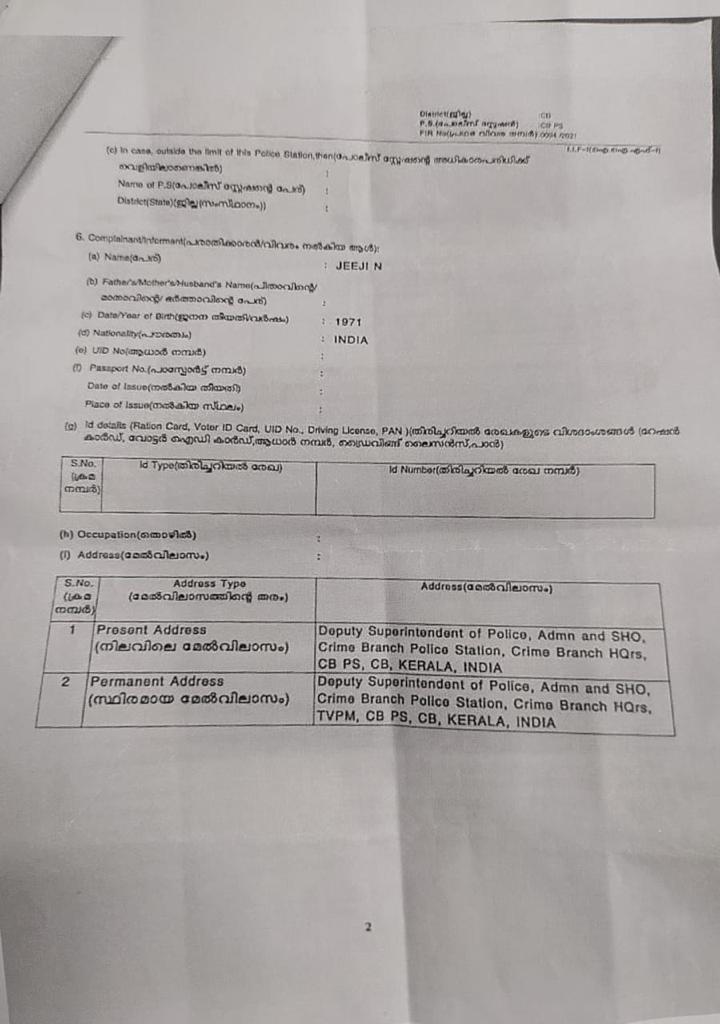 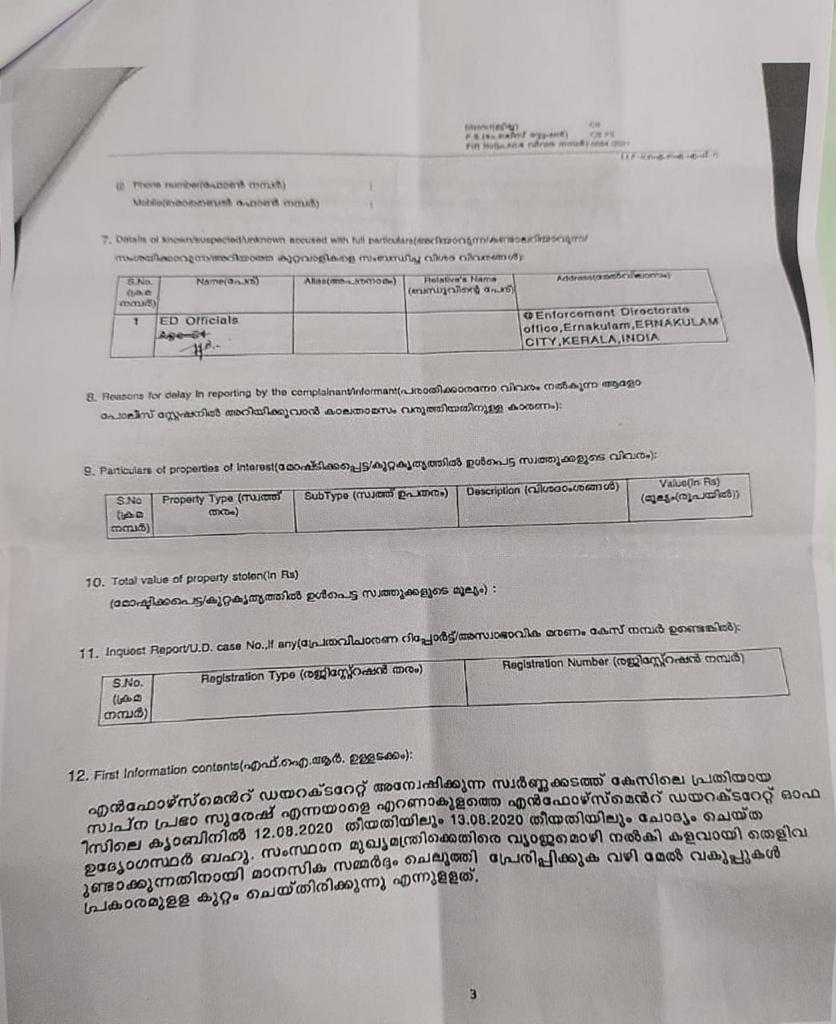 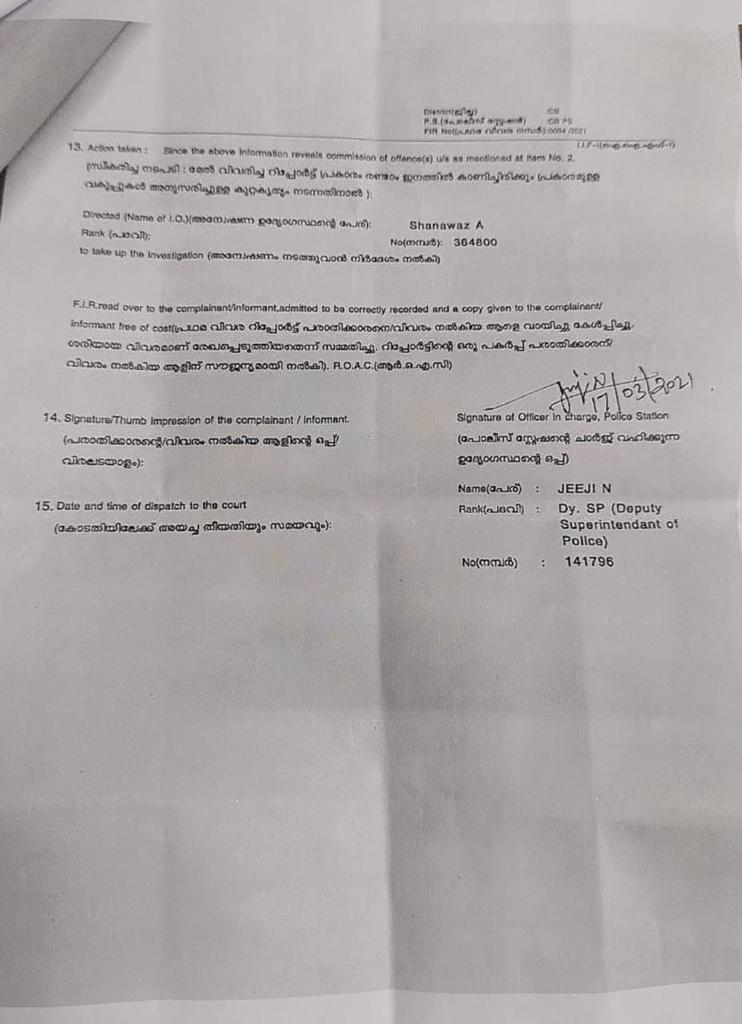 The Vijayan-led government in Kerala has also been facing heat in the gold smuggling scam ahead with the opposition seeking the CM's ouster. On July 5, 2020, Customs officials seized 30 kg of gold worth Rs.15 crore at the Thiruvananthapuram Airport from a diplomatic cargo addressed to a person in the UAE Consulate. Sarith PS who worked at the UAE Consulate was apprehended in this regard. Subsequently, Swapna Suresh, an ex-Consulate employee working as the manager of the Kerala State Information Technology Infrastructure Limited and M Sivasankar, the ex-Principal Secretary to Kerala CM were also arrested in this case.

In January 2020, the NIA filed a chargesheet before the Special Court. Claiming that the conspiracy started in June 2019, the agency alleged that the aforesaid persons raised funds and smuggled 167 kg of gold between November 2019 and June 2020 through the import cargo addressed to diplomats at the Consulate General of UAE in Thiruvananthapuram. Moreover, it added that the main accused had planned to smuggle more gold from countries such as Bahrain, Saudi Arabia and Malaysia. Holding them responsible for threatening the "economic security of India", the agency revealed that the probe against absconding persons and others who facilitated the crime is underway.