The Madras High Court ruled that the symbol of the ruling party should not be displayed at any of the COVID-19 relief distribution centres in Tamil Nadu. 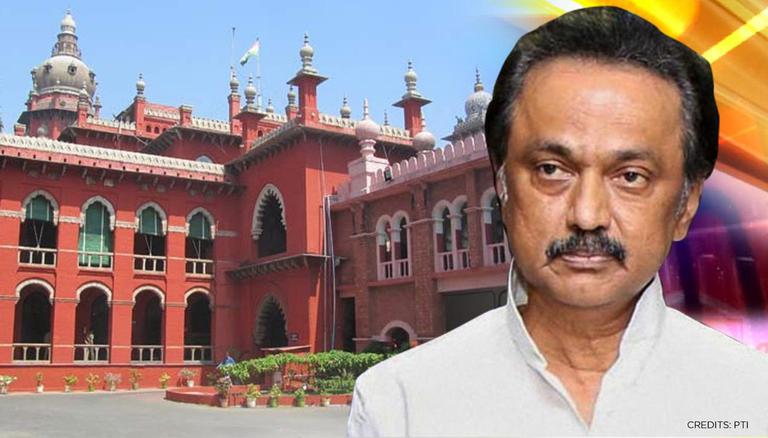 
The Madras High Court on Monday ruled that the symbol of the ruling party should not be displayed at any of the COVID-19 relief distribution centres in Tamil Nadu. A division bench of Chief Justice Sanjib Banerjee and Justice Senthilkumar Ramamoorthy was hearing a plea seeking a direction that DMK or its leaders cannot be involved in the distribution of groceries on late DMK patriarch M Karunanidhi's birth anniversary. The petitioner contended that no party should be promoted since the relief is being granted by the Tamil Nadu government.

Moreover, he pointed out that DMK had itself objected to Pongal gifts being doled out by the erstwhile E Palanaswami-led government in January as they featured the AIADMK symbol. Among the several photographs relied upon the petitioner, one photograph clearly showed DMK's 'rising sun' symbol being displayed at Anna Nagar where relief material was distributed. However, the Advocate General submitted that the present scenario cannot be compared to what happened during the distribution of Pongal relief as no polls are due now.

However, the HC held, "There has always to be a distinction drawn between the government of the day and the political personnel who may form such government. At the time of relief or largesse being distributed by or on behalf of the Government, it is the Government and only the Government that ought to be projected and not the political party which forms the government. While there may be little room to object to the portrait of the Chief Minister being displayed, since the Chief Minister heads the elected government, the symbol of the ruling party should not be used at any of the distribution centres."

While refraining from explicitly restricting politicians from distributing relief, the court advised that no political colour should be given to such functions. Furthermore, it mandated that the novel coronavirus norms including social distancing should be followed at all times. The court stated that overcrowding should be avoided at any cost considering the huge surge in cases during the second wave.

At present, there are 3,01,580 active novel coronavirus cases in Tamil Nadu while 15,54,759 patients have been discharged and 20,872 deaths have been reported. A one-week complete lockdown shall be imposed from May 24 wherein all shops and establishments will remain shut in the state. While home delivery of essential items including milk and groceries would be allowed, public movement shall be permitted only for the urgent medical requirements or a death in the family. On May 23, all shops will remain open from 6 am to 9 pm to allow citizens to replenish their supplies for the next week.