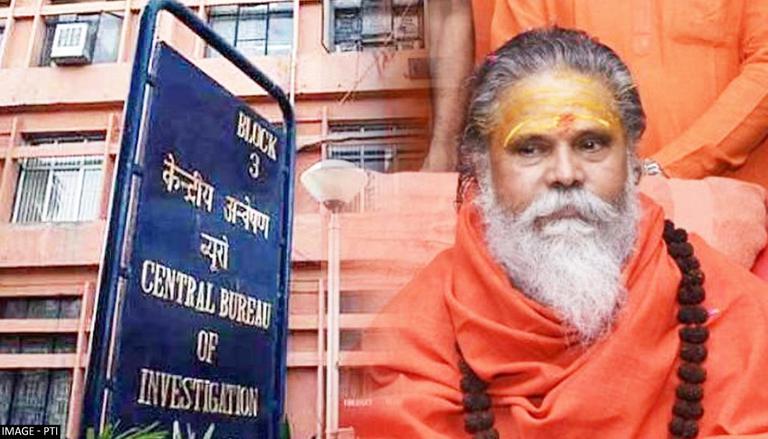 
The Central Bureau of Investigation (CBI) has now moved a court in Uttar Pradesh's Prayagraj seeking permission to conduct a polygraph, lie detector test in the Mahant Narendra Giri death case. The CBI has sought permission to use the test in questioning the three accused in the case. The Chief Judicial Magistrate, Prayagraj listed the matter for hearing on October 18.

The CBI has now filed an application before the UP court to hold a polygraph test. According to the CBI application, the three accused namely Anand Giri, Adya Prasad Tiwari and Sandeep Tiwari have concealed a number of events during the interrogation. "In order to unravel the truth behind the death of Mahant Narendra Giri, scientific tests of the three accused persons are required to be conducted. The polygraph test in respect of accused may be allowed so that truthfulness of their statements is ascertained by the investigating agency after obtaining the consent of the accused persons," the CBI application said.

The CBI in its written request also informed that the expert from Central Forensic Science Laboratory, New Delhi will be requested to visit Central Jail Naini Prayagraj for conducting the test in the jail itself. The CBI has already constituted a team inclusive of forensic experts for the investigation. The court will decide on the same during its hearing on October 18.

On September 22, 2021, CM Yogi Adityanath-led Uttar Pradesh government recommended the investigation into the death of Akhil Bharatiya Akhada Parishad president Mahant Narendra Giri be carried out by the central agency, therefore, the Centre issued an order transferring the probe into the hands of the CBI. The UP CM had previously formed a police team with Additional Director General (ADG), Inspector-General IG and Deputy Inspector General (DIG) of Prayagraj for the investigation. Prime accused Anand Giri had been questioned by the Police for 12 hours in connection with the mysterious death. He claimed that the death of the 72-year-old seer is a 'murder conspiracy' against him.

Mahant Giri, who was the president of the largest organisation of saints and seers, Akhada Parishad, was found dead under mysterious circumstances at Baghambari Math in Prayagraj during the afternoon of September 20, 2021. A purported suicide note was recovered from the site of the incident in which the name of the seer's disciples, Anand Giri, and two others were mentioned. Based on the suicide note, the Uttar Pradesh Police lodged an FIR against three persons including Anand Giri under IPC Section 306 (Abetment of suicide), following which they were arrested.