In a massive operation, Srinagar Police averted a major attack by busting a JeM module & arresting five terrorists of the proscribed terror outfit

In a massive operation, Srinagar Police averted a major attack by busting a Jaish-e-Mohammad (JeM) module and arresting five terrorists of the proscribed terror outfit.  The operation was meticulously planned by the police leading major arrests on Thursday. The investigation began after a low-intensity explosion took place near Habbak crossing in Srinagar on January 8. According to the police, those arrested have admitted that they were responsible for the two grenade attacks and were also planning to carry out a fidayeen attack ahead of Republic Day. The motive behind the attacks, according to the police, was to subvert the return of normalcy in the region.

HOW DID POLICE BUST THE MODULE?

A low-intensity explosion took place near Habbak crossing on January 8 around 1:10 pm which resulted in minor injuries to some civilians. The police, thereafter, registered an FIR under Sections 307 IPC and 3/4 Explosives Act. During investigation, electronic evidences including CCTV footages, were collected and analysed, and human intelligence was also gathered. This resulted in zeroing in on the suspects as well as the vehicle used in the act. Raids were also conducted at hideouts and homes of suspected persons. This led to two arrests;  Aijaz Ahmad Sheikh, son of Late Ghulam Ahmad Sheikh, resident of Sadarbal Hazratbal and Umar Hameed Sheikh, son of Abdul Hameed Sheikh, resident of Asaar colony, Hazratbal. 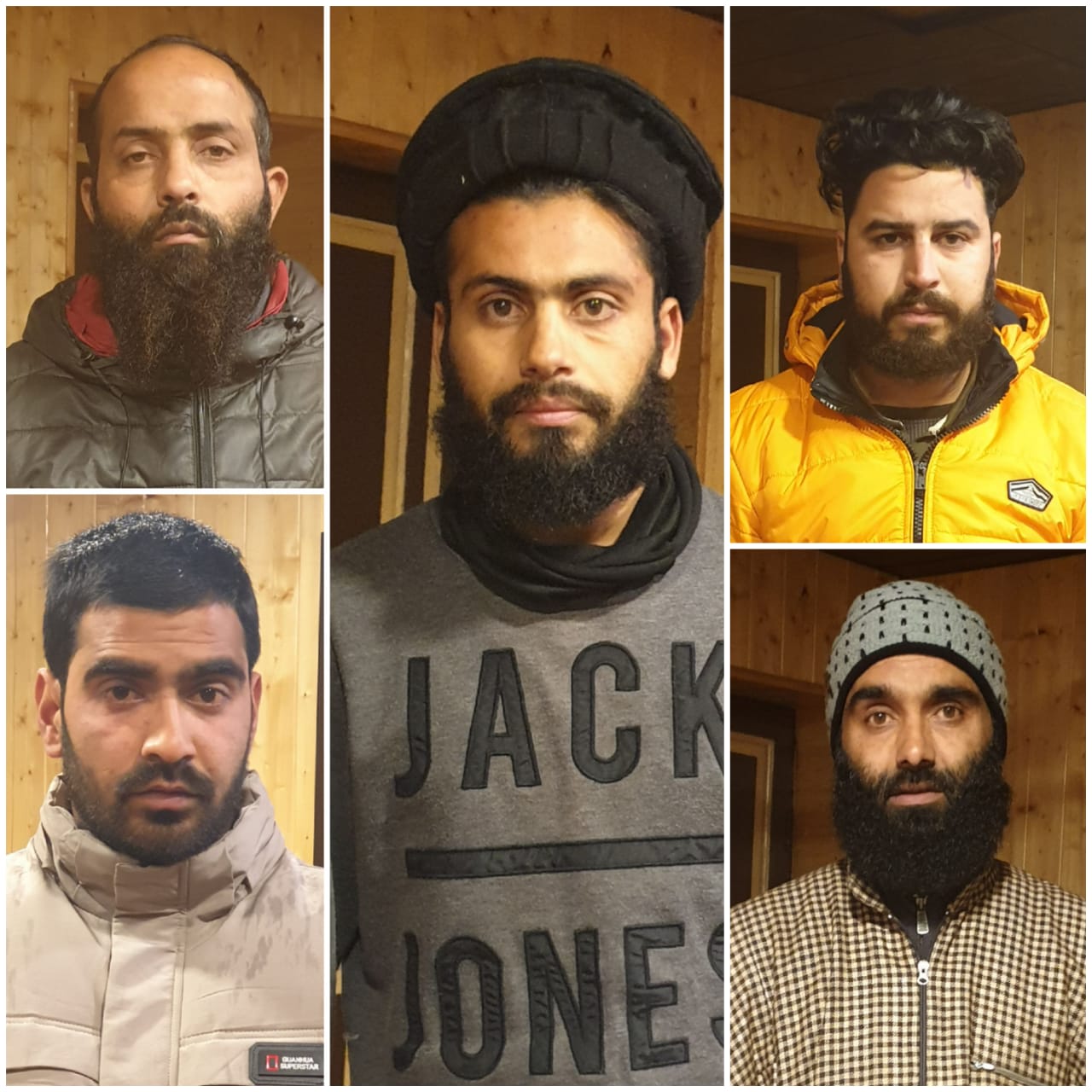 The recoveries made from Naseer Ahmad Mir’s residence indicates that this module was planning to carry out a major attack in the days to come. The recoveries include 143 gelatin rods, one body vest laden with explosives and ball bearings, 42 detonators, 7 secondary explosives. (Do take a look at the document of recovery accessed by Republic TV). 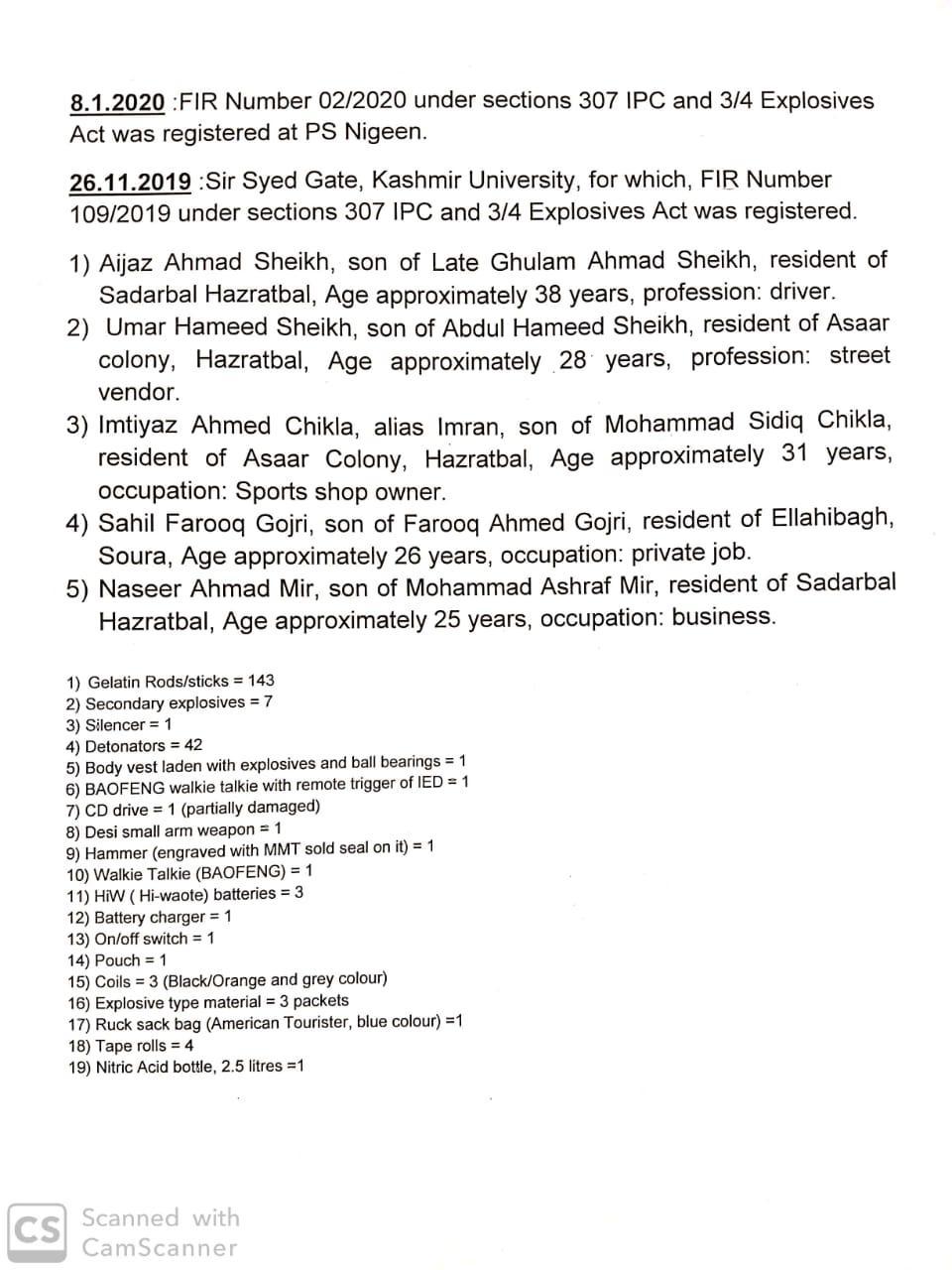 “Further investigation is underway to ascertain their role in other similar incidents in the city, and more arrests and recoveries are anticipated,” said a source in J&K police.