After 1993 Mumbai blast convict Jalees Ansari disappeared from his Mumbai residence on Wednesday, Republic TV has accessed the police diary from Agripada police

After 1993 Mumbai blast convict Jalees Ansari disappeared from his Mumbai residence on Wednesday, Republic TV has accessed the police diary which shows that Ansari last attendance was recorded on 15th January. Noting his absence, the Agripada police have filed a missing complaint on Thursday morning. Ansari was out on 21-day parole from Ajmer Central Prison and was expected to surrender before prison authorities on Friday. 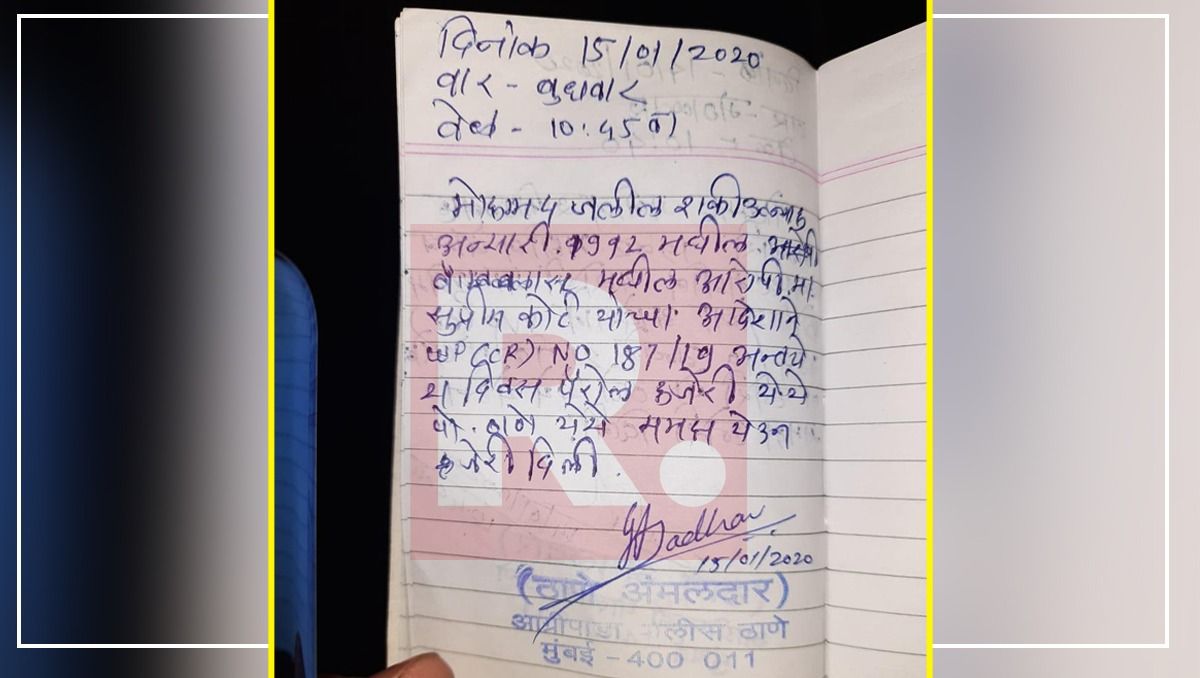 Talking about the family's experience throughout his escape, his son Zahid Ansari lamented that the family was very troubled by the blast convict's escape. Moreover, he added that the family wished that he be caught soon and that they were co-operating in every way possible. He said that the family had reported that Ansari had left home at 4 AM on Thursday morning to read namaz.

"We are so troubled by his escape and we also wish he gets arrested. We four sons, my uncle, aunt, mother are all tired by the trouble he has caused. My uncle is still in the police station and we are ready to co-operate fully in whatever way possible," said Zahid.

He added, "When we came to know he is missing at 8:30 AM, we immediately informed the Agripada police station by 9:30 AM. We gave them the diary and told them that he had left home at 4:00 AM. He had informed us that he was going to read namaz."

According to sources, Maharashtra ATS and the Crime Branch of the Mumbai Police have launched a massive manhunt to trace him and different teams have been formed for the same. Search operations are being conducted at various bus depots and railway stations and CCTV footage too are being checked. Ansari was ordered to visit the Agripada Police Station every day between 10.30 am and 12 pm to mark his attendance. Ajmer SP Kunwar Rashtradeep has stated that no complaint has been filed by Rajasthan police inspite of Ansari's failure to appear before Ajmer court on Friday.

Who is Jalees Ansari?

Jalees, who is known as Doctor Bomb, was allegedly connected with terror outfits like SIMI and Indian Mujahidin and taught terror groups how to make bombs. He was being questioned by the NIA in 2011 in connection with the 2008 bomb blast in Mumbai. Ansari was convicted in the 1993 Mumbai blast and is currently serving a life term in the Ajmer Central prison.