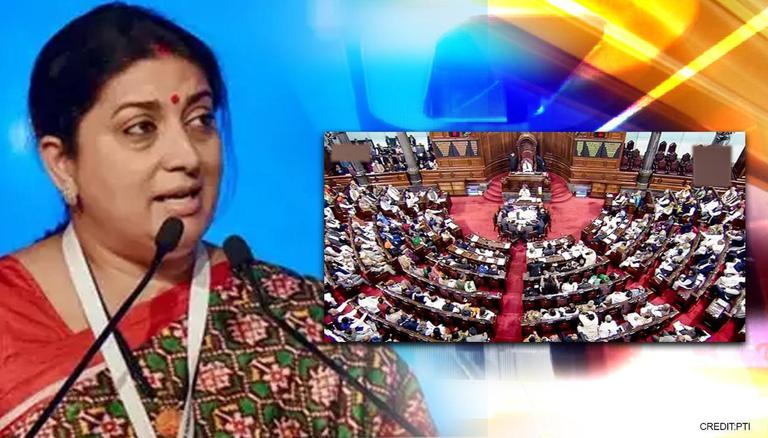 
Union Minister for Women and Child Development Smriti Zubin Irani on Wednesday introduced the Juvenile Justice (Care and Protection of Children) Amendment Bill 2021 in the Rajya Sabha during the Monsoon Session. This bill seeks to amend the Juvenile Justice Act, 2015. The Bill was introduced in Parliament by the government in the Budget session this year. It was passed in Lok Sabha on March 24.

While introducing the bill in Rajya Sabha, Smriti Irani stressed the necessity for entrusting the District Magistrates with the responsibility of care and protection of vulnerable children in light of the prevailing inadequacies in the system. The Union Minister also recounted that the commitment of the parliament towards prioritising India's children above all issues.

The amendments in the Juvenile Justice (Care and Protection of Children) Amendment Bill 2021 include authorising the District Magistrate including Additional District Magistrate to issue adoption orders under Section 61 of the JJ Act, in order to ensure speedy disposal of cases and enhance accountability. The District Magistrates have been further empowered under the Act, to ensure its smooth implementation, as well as garner synergized efforts in favour of children in distress conditions.

According to the amended provisions of the Act, any Child Care Institutions shall be registered after considering the recommendations of the District Magistrate. The DM shall independently evaluate the functioning of District Child Protection Units, Child Welfare Committees, Juvenile Justice Boards, Specialized Juvenile Police Units, and Child care Institutions. The eligibility parameters for the appointment of Child Welfare Committees members have been redefined in this amendment.

In the Juvenile Justice Amendment Bill, criteria for disqualification of the Child Welfare Committee have also been introduced to ensure that only those who are capable of rendering quality service with requisite competence and integrity are appointment to Child Welfare Committees. Currently, there are three categories (petty, serious, and heinous) defined under the Act which are referred to, while considering the cases of children in conflict with the law.