As Aryan Khan walks out of Arthur road jail, a special NDPS court on Saturday, granted bail to seven others accused in the Cordelia cruise drug bust. 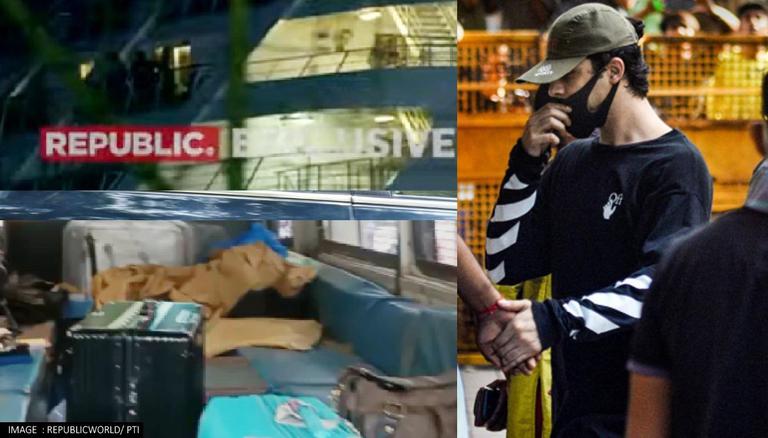 
As Aryan Khan walks out of Arthur road jail, a special NDPS court on Saturday, granted bail to seven others accused in the Cordelia cruise drug bust. The seven accused include cruise guests - Nupur Satija and Gomit Chopra, event managers - Gopalji Anand, Samir Sehgal, Manav Singhal and Bhaskar Arora and Aachit Kumar - who allegedly supplies 'drugs' to Aryan Khan. The 23-year-old Aryan, along with Arbaz Merchant and Munmun Dhamecha were granted bail by Bombay High Court on Thursday after being were arrested in an NCB drug bust at Mumbai's international cruise port on October 2.

As per reports, Aachit Kumar is a 22-year-old who has been accused of being Aryan Khan's drug supplier. Meanwhile, NCB allegedly seized small quantities of ecstasy and cocaine from the two guests - Nupur Satija and Gomit Chopra. As of date, 20 people have been arrested by the NCB based on nine independent witnesses including -  Manish Bhanushali and K.P Gosavi.

Aryan walks out of jail after bail

Twenty-eight days after being jailed by the Narcotics Control Bureau (NCB), superstar Shah Rukh Khan's son Aryan Khan walked out of Arthur Road jail in Mumbai at 11 AM. On leaving jail, Aryan Khan was immediately whisked away in a black-coloured car - presumably to his home 'Mannat'. As per sources, his father Shah Rukh Khan had left 'Mannat' at 8:20 AM and camped at Four Seasons Hotel with his legal team.

READ | ACCESSED: Video of NCB's raid aboard cruise ship from op in which Aryan Khan was detained

After weeks of legal battle, Aryan Khan along with Arbaz Merchant and Munmun Dhamecha were granted bail by the Bombay High Court under stringent conditions.  According to the bail order accessed by Republic Media Network, the three have to surrender their passports before the Special NDPS court and are not allowed to leave India without prior permission. Other conditions also include a prohibition from tampering evidence, influencing witnesses and to visit the NCB office every Friday between 11 am to 2 PM.

On October 2, NCB busted a high-profile drug party on Cordelia cruise ship en route from Mumbai to Goa, and seized small amounts of Cocaine, Mephedrone, Charas, Hydroponic Weed, MDMA and cash Rs. 1,33,000. As per sources, NCB Zonal Director Sameer Wankhede, along with his team, boarded the cruise ship in the guise of passengers after receiving a tip-off about the purported drug party from the CISF. According to NCB officials, these people, along with about 1,200 people on board the ship, were heading to deep sea for a sundowner party. Eight people - Aryan Khan, Arbaaz Merchantt, Munmun Dhamecha, Nupur Sarika, Ismeet Singh, Mohak Jaswal, Vikrant Chhoker, Gomit Chopra were arrested, while six others were let off by the NCB on October 2.