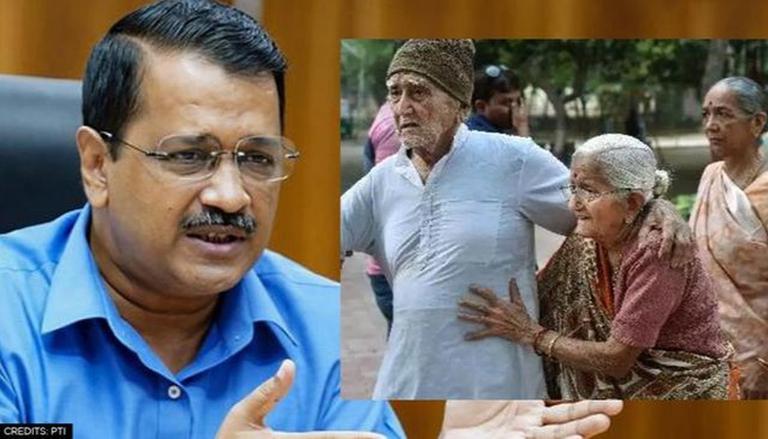 
The National Crime Records Bureau (NCRB) released its flagship annual report 'Crime in India' on Thursday. This annual report which iterates the crime statistics for the year 2020, said that Delhi had the highest number of crimes against senior citizens. NCRB while releasing the flagship report appreciated the efforts of the States and Union Territories for providing the data of crime incidents in a prompt manner.

READ | Experts suggest all gates at Delhi Metro stations be opened, DDMA yet to decide

The NCRB data stated that Delhi recorded almost 906 cases of crime committed against senior citizens in 2020. This made the national capital the foremost on the chart of crimes committed against senior citizens, according to the latest data released by the National Crime Records Bureau (NCRB). The data suggested that crimes against senior citizens in Delhi dropped in 2020 as against 2019 when 1,076 such cases were registered in the city. Out of the 906 cases registered in Delhi, seven were related to murder, two were of culpable homicide not amounting to murder and one was of an attempt to murder, the data revealed. Delhi registered 37 cases of simple hurt (Section 323 and 324 of the Indian Penal Code) and six cases of grievous hurt (Sections 325, 326, 326A and 326B of the IPC) last year, the data showed.

What about crimes in other cities?

The NCRB data suggested that Mumbai registered 844 cases of crime against senior citizens last year followed by Ahmedabad at 709, Chennai 321, Bengaluru 210, Hyderabad 170 and Jaipur 157. No such case was registered in Ghaziabad, Kanpur and Patna. The NCRB, which functions under the Union Home Ministry, classified 19 cities with a population of over 20 lakh as metropolitan cities. These are Ahmedabad, Bengaluru, Chennai, Coimbatore, Delhi, Ghaziabad, Hyderabad, Indore, Jaipur, Kanpur, Kochi, Kolkata, Kozhikode, Lucknow, Mumbai, Nagpur, Patna, Pune and Surat.

At 15, Chennai reported the highest number of murder cases last year among all metropolitan cities, followed by 12 in Mumbai and 10 in Bengaluru, as per the data. Indore registered the highest number of simple hurt cases at 71, followed by 64 in Chennai and 42 in Hyderabad. The national capital reported eight cases of assault on women with intent to outrage modesty (Section 354 of the IPC), followed by six in Mumbai, five in Bengaluru and four in Ahmedabad, the data mentioned. Five cases of criminal trespass (Section 447 to 452 of the IPC) and 80 cases of cheating (Section 420 of the IPC) were also registered in the city, it said.