NIA, which is probing the Antilia bomb scare case & the Mansukh Hiren case, has sought to extend the judicial custody of prime accused Sachin Vaze for two days 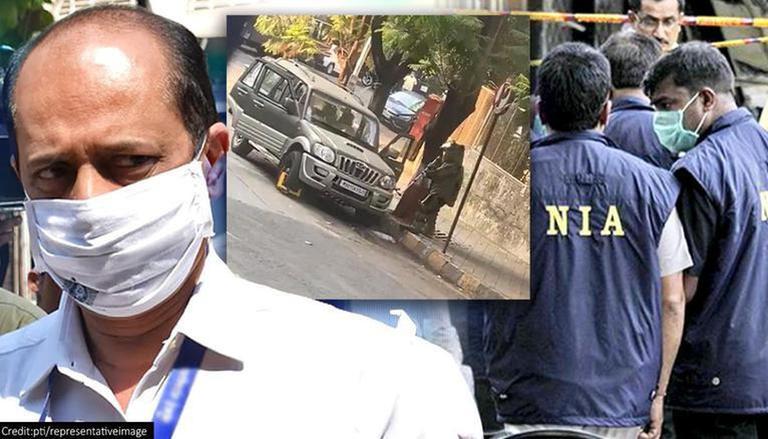 
The National Investigation Agency, which is probing the Antilia bomb scare case and the Mansukh Hiren death case, has sought to extend the judicial custody of prime accused Assistant Police Inspector (API) Sachin Vaze for two more days. The suspended API's custody is set to end by September 6 but the NIA seeks to extend it till September 8. Sachin Vaze's police custody was earlier extended by 30 days on the grounds that NIA is to file a charge sheet in the case by next week.

Besides Vaze, the central agency also seeks to extend the custody of accused inspector Sunil Mane for five days. The NIA is seeking their custody on the grounds that five other accused namely - Satish Motkuri, Pradeep Sharma, Anand Jadhav, Santosh Shelar, and Manish Soni - were arrested after Vaze and Mane were sent to custody.

The matter has been listed for hearing on August 30. Both Sunil Mane and Sachin Vaze will be brought to a special NIA court on Monday. The agency is likely to file a charge sheet in the matter by September 3 or 4.

For the past 14 days, Vaze is being taken to Mumbai's JJ hospital as he reportedly requires open-heart surgery. On Sunday, he will be brought to the hospital at 10 AM for a routine checkup. The hospital is allowed only to stabilise him but not perform any surgery. Vaze's wife Mohini is allowed to accompany him there.

On February 25, a green Scorpio laden with explosive gelatin sticks along with a threatening letter was found outside the Ambani residence - Antilia. Later, on March 5, Mansukh Hiren, the owner of the car in question, was found dead at the Kalwa creek - with police claiming that he committed suicide by jumping into a stream.

Later, then-Mumbai API Sachin Vaze who had actually been put in charge of the Antilia case was arrested by NIA on March 13, for his alleged involvement in the Antilia bomb scare and murder of Mansukh Hiren. Vaze has been suspended again from police service amid the NIA arresting him and taking him into custody. Days later, the agency took over both high-profile cases.