Demanding that all places of religious worship in Maharashtra should be re-opened, BJP protested outside Siddhivinayak temple. Governor questioned CM Uddhav

Demanding that all places of religious worship in Maharashtra should be re-opened for devotees, BJP workers protested outside Siddhivinayak temple in Mumbai against the CM Uddhav Thackeray-led state government. Many of the protesters tried to enter the temple amidst heavy police deployment and barricading but could not. Later on, the Mumbai Police detained several of these protesters and took them to a police station.

'The government is full of ego'

"We are demanding that we should be allowed to enter the Siddhivinayak temple. If they don't give us entry, then we will force our way into the temple. This is a pan-Maharashtra movement as we want that all temples in the state should be reopened as soon as possible," Prasad Lad, a BJP leader said.

"Liquor and wine shops have been opened, even with home delivery options. But who will think about those who want to visit the temple for their mental peace? The government is not thinking about small traders whose livelihood depends on temples. The government is full of ego," Pravin Darekar, another leader said. He said that Uddhav Thackeray "has no capacity" to take his own decisions.

'Have you suddenly turned secular?'

Meanwhile, Maharashtra Governor Bhagat Singh Koshyari has also written a letter to Maharashtra CM Uddhav Thackeray regarding the reopening of all places of worship. In his letter, the Governor said, "It is ironic that while on one hand, the State government has permitted the opening of bars, restaurants and beaches, on the other hand, our Gods and Goddesses have been condemned to stay in the lockdown."

"You have been a strong votary of Hindutva. You had publicly espoused your devotion for Lord Rama by visiting Ayodhya after taking charge as the Chief Minister. You had visited the Vitthal Rukmini Mandir in Pandharpur and performed the puja on Ashadhi Ekadashi. I wonder if you are receiving any divine premonition to keep postponing the reopening of the places of worships time and again or have you suddenly turned 'secular' yourself, the term you hated?" Governor Koshyari asked Uddhav. 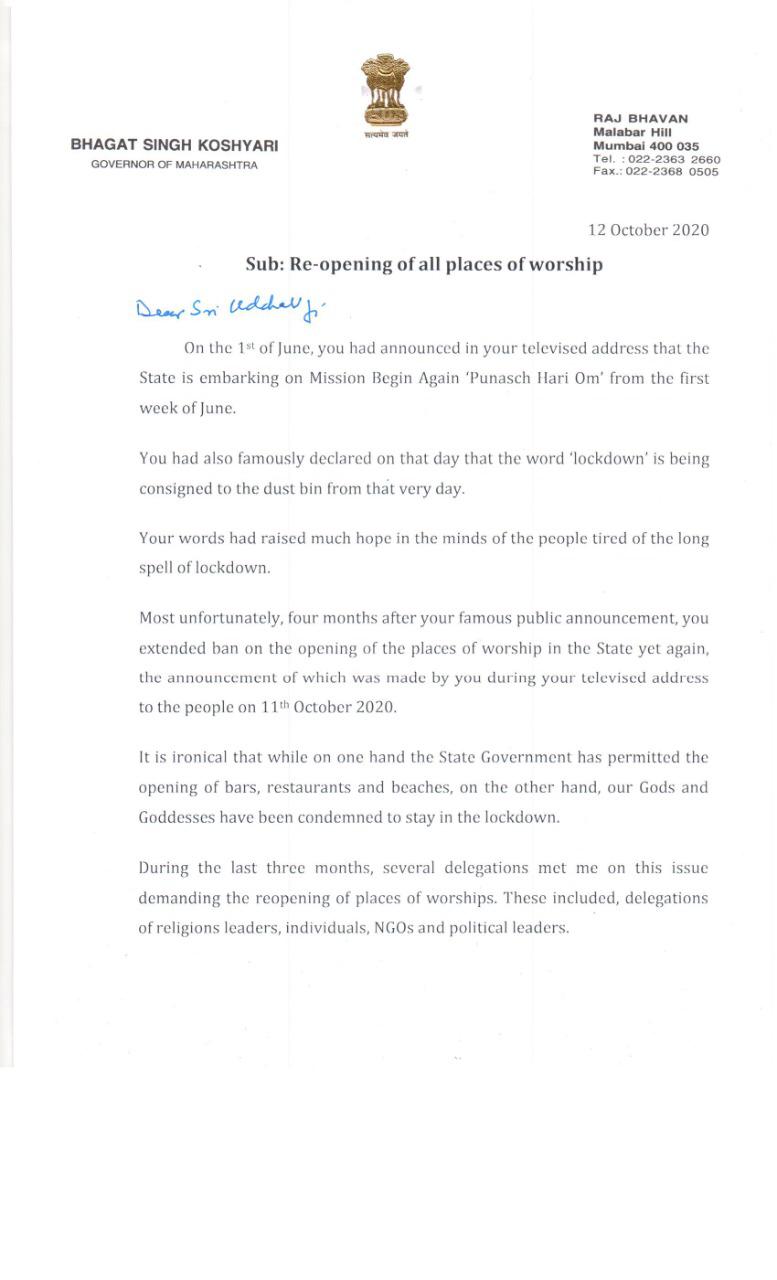 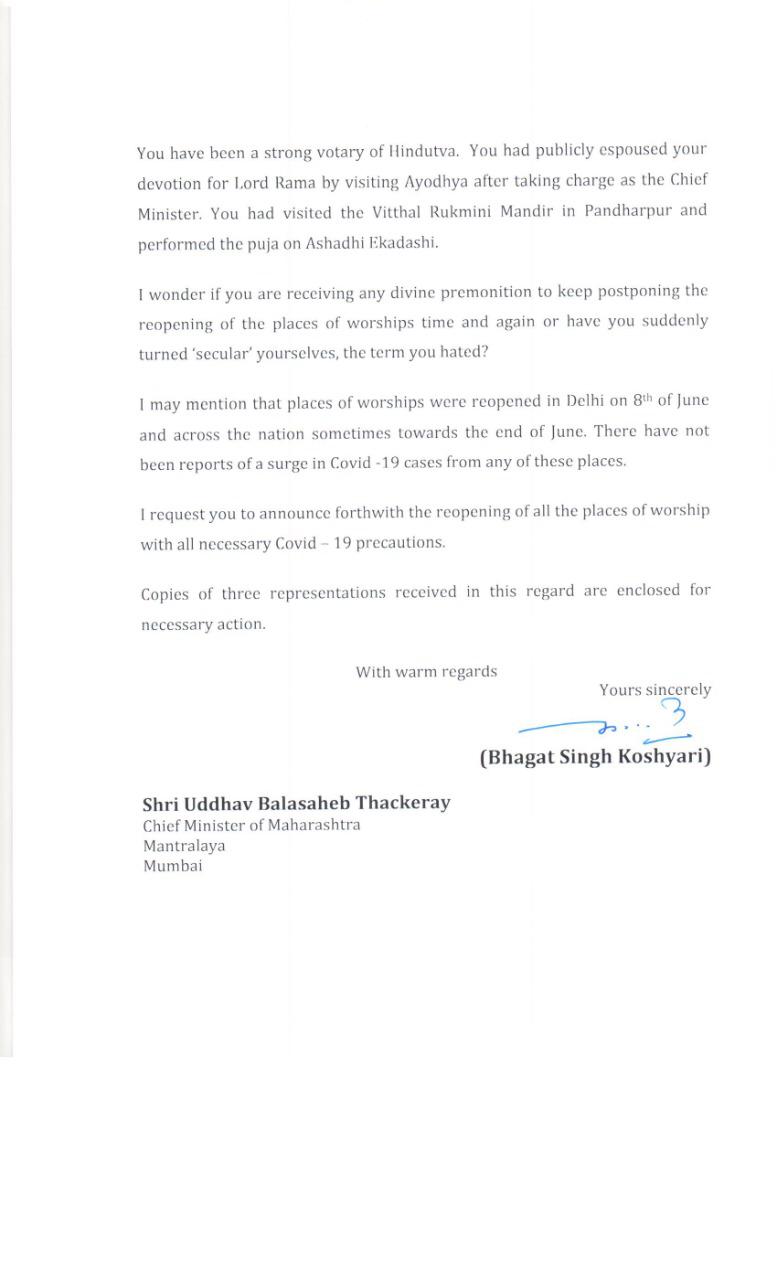 Several states across the country have allowed the gradual opening of places of religious worship in compliance with Covid guidelines. Religious places outside containment zones had been allowed to open in June when the Union government had started limiting the number of restrictions as a part of Unlock 1.0.

Temples which are now open for devotees include Vaishno Devi shrine in Jammu and Kashmir, Tirupati temple in Andhra Pradesh and Mahakaleshwar temple in Madhya Pradesh, among others.

Maharashtra's COVID-19 tally rose to 15,35,315 on Monday with the addition of 7,089 fresh cases, the state health department said. The state had reported 10,792 fresh cases on Sunday. With 165 patients succumbing to the infection, the overall toll mounted to 40,514, it said.