A 27-year-old son of IAS officer Sanjay Popli, currently under arrest in a graft case, died of bullet wounds here on Saturday, with police saying he committed suicide but family alleging foul play. 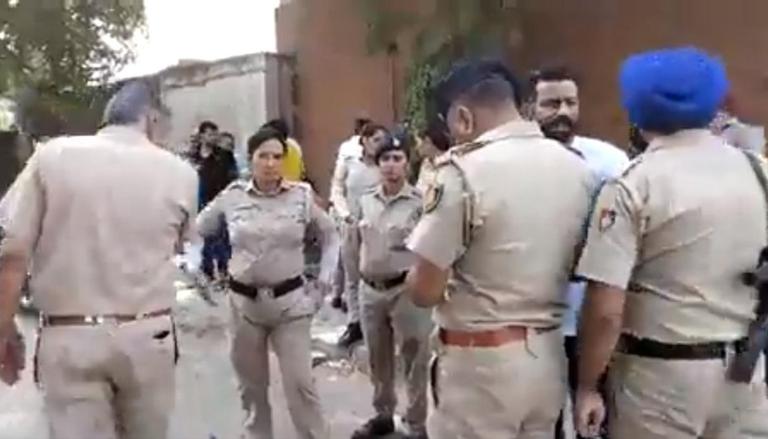 
A 27-year-old son of IAS officer Sanjay Popli, currently under arrest in a graft case, died of bullet wounds here on Saturday, with police saying he committed suicide but family alleging foul play.

The Punjab Vigilance Bureau had earlier this week arrested IAS officer Sanjay Popli in a graft case for allegedly demanding a bribe in exchange for clearing tenders for laying a sewerage pipeline in Nawanshahr.

Chandigarh's Senior Superintendent of Police Kuldeep Singh Chahal said after verifying things it has come to fore that the 27-year-old "has shot himself".

Further investigations are on, the SSP said, adding a licensed pistol was used in the incident.

In connection with the investigation of the case, a Vigilance team had come to the Popli's house and was present at the time of the incident, a neighbour and family friend told reporters.

On June 21, the Punjab Vigilance Bureau had arrested Popli for allegedly demanding a one per cent commission as a bribe for clearance of tenders for laying a sewerage pipeline at Nawanshahr.

An inconsolable Sanjay Popli's wife told reporters, "The Vigilance officials were pressuring us and they were even torturing my domestic help to give false statements in support of the case they have registered. My 27-year-old son is gone. He was a brilliant lawyer. They have snatched him".

"To build a false case, they snatched my son--Kartik Popli is gone," said Sanjay Popli's wife showing blood spots of his son on her hands.

"I want justice. I will move court," said the wailing woman, repeatedly crying "my son has been killed".

She said her husband Sanjay was due to appear before the court and a Vigilance team had visited their house.

"The Vigilance people took Kartik upstairs and when I went up they were mentally torturing my son," she said, while adding "even our mobile phones were snatched".

A 51-year-old woman, a neighbour and family friend of Popli family, alleged that "Sanjay Popli was being pressured by the Vigilance that he should agree to the allegations levelled by them".

"Kartik Popli too was detained for hours," said the woman.