The Supreme Court, while reserving its order in the case, rapped the West Bengal govt, asserting that the state administration cannot cite one or the other 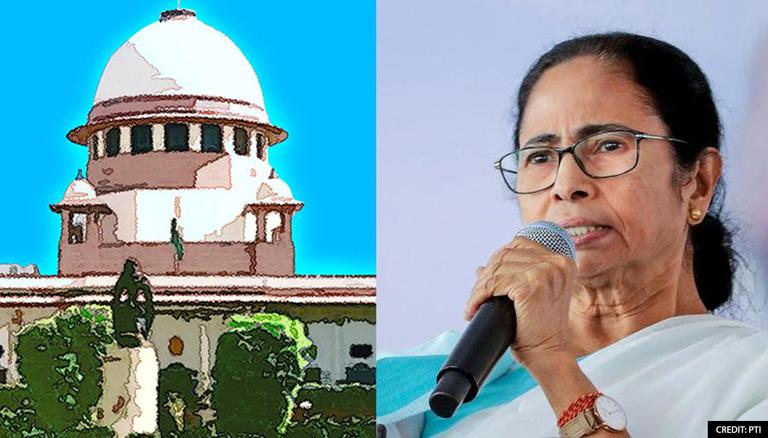 
Hearing a suo motu case regarding the migrant crisis, the Supreme Court on Friday came down heavily upon the West Bengal government, directing it to implement the 'One Nation, One Ration Card' scheme immediately, without any excuse. The Top Court, while reserving its order in the case, rapped the West Bengal government, asserting that the state administration cannot cite one or the other problem.

The observation by Justices Ashok Bhushan and MR Shah came after the states of Maharashtra and Punjab submitted that they had implemented the scheme whereas the counsel for West Bengal claimed that the issue of Aadhaar had prevented them from implementing the scheme. The 'One Nation, One Ration Card' scheme aims at providing ration and food security to migrant workers and their families under the National Food Security Act (NFSA).

During a press conference earlier in the day, Union Minister Ravi Shankar Prasad highlighted that 34 States/UTs had implemented the scheme rolled out by the Centre in 2019 after the Union allowed an additional borrowing of 0.25 per cent of Gross State Domestic Product (GSDP) to states for the same. West Bengal, Delhi and Assam are yet to adopt it. Bengal CM had earlier announced that subsidised food items such as rice and pulses will be available to migrant labourers and unorganised sector labourers, even if they do not have a ration card, till May 2021.

Notably, this is not the first time that West Bengal has failed to implement Central schemes amidst the tense Centre-State relations. The TMC administration had also been stalling the Pradhan Mantri Kisan Yojana for a long time until the first tranche of benefits was released on May 15 this year.

In the Supreme Court on Friday, Solicitor-General Tushar Mehta submitted that the Pradhan Mantri Garib Kalyan Yojna had been extended to November this year and that number of migrants has also been identified. Following on, ASG Aishwarya Bhati told the court that 8 lakh metric tonnes of food grain had been given and that the manner of distribution had been left to the States. Striking down Dushyant Dave's claims that the Centre was trying to shift the burden onto the states, the Top Court observed that the Union Government had already provided an undertaking that it would procure the goods for distribution. The Supreme Court also heaped praise upon the Gujarat government's handling of migrant workers and noted that other state governments could follow the same.

Following the Supreme Court's direction, Union Minister Smriti Irani trained her guns at CM Mamata Banerjee and hoped that she complied with the SC directive 'at least for the sake of the poor and the needy in the state'.

Hope CM Bengal complies with Supreme Court directive at least for the sake of the poor and needy in the state. https://t.co/3eLwhc4Q8B