Refusing the petition, the Apex court stated that the demand for an early hearing should be made before the Chief Justice of India NV Ramana 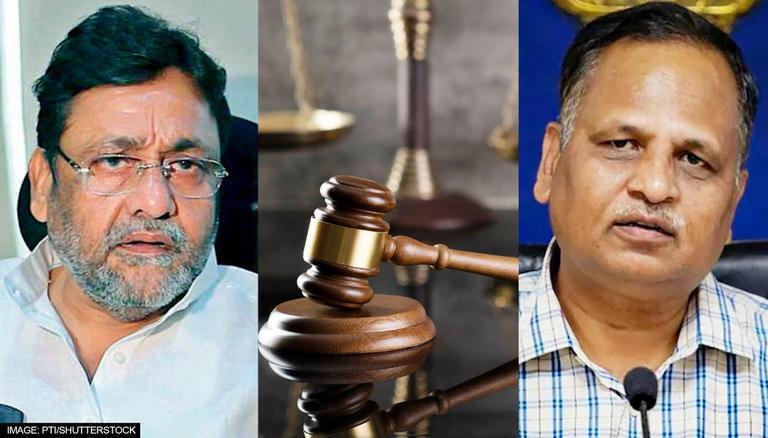 
The Supreme Court on Thursday refused an early hearing on the Public Interest Litigation (PIL) seeking the removal of Maharashtra leader Nawab Malik and Delhi Minister Satyendra Jain from their cabinet ministerial posts, both presently in judicial custody in connection with cases of money laundering. Refusing the petition, the Apex court stated that the demand for an early hearing should be made before the Chief Justice of India NV Ramana. The PIL has been filed by the advocate Ashwini Kumar Upadhyay.

On June 16, a PIL was filed in the Supreme Court seeking direction to the Delhi and Maharashtra governments to sack Satyendar Jain and Nawab Malik respectively since they are jailed in charge of the money laundering cases against them.

The petition sought direction to the Centre, the Election Commission of India, Law Commission, Delhi Government, and Maharastra Government to ensure that the ministers shall be temporarily debarred from holding the office, after being in judicial custody (like IAS, IPS, judges, and other public servants are suspended from their services).

Petitioner Ashwini Kumar Upadhyay stated in his plea that the injury is large because Ministers are not only public servants under Section 21 of the Indian Penal Code and Section 2(c) of the Prevention of Corruption Act but also lawmakers, which is a noble post and takes constitutional oath under Schedule-3.

The Minister receives a salary, free rail ticket, free air ticket, and several other allowances with perks for entire tenure and pension and other benefits for a lifetime. So, he is a full-time salaried public servant like IAS, IPS, and Judges. But Ministers like Nawab Malik and Satyendra Jain are still enjoying constitutional positions, unlike the public servants, even while being in judicial custody for a long time, which is arbitrary and contrary to Article 14, the plea stated.

The plea further stated that the court has repeatedly issued directions in the past to the Election Commission to exercise its powers under Article 324 with respect to superintendence, direction and control of the conduct of elections to Parliament and the State legislatures to redress violations of the fundamental rights and to protect the purity of the electoral process.