A bench of Justices DY Chandrachud and Hima Kohli said, "These are all welfare measures. Army personnel are deployed across the country. It is to ensure that their spouse and children are not left in the lurch." 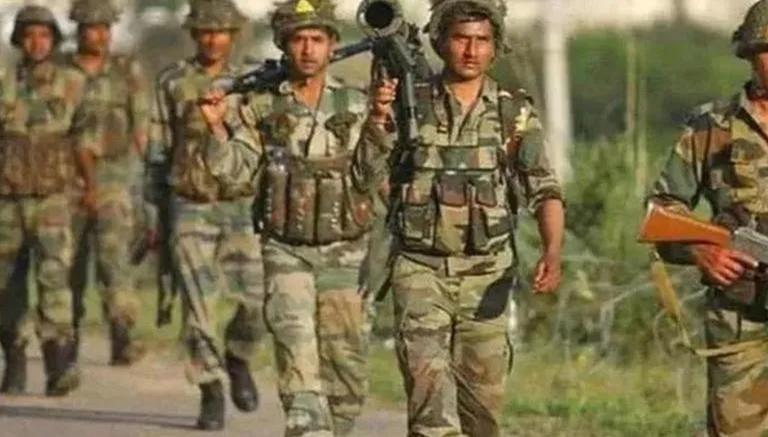 
New Delhi: The Supreme Court Monday refused to interfere with policy decisions of the Armed forces to award maintenance or alimony to the estranged wife and children directly from the salary and allowance of the serving personnel, saying "it is a welfare measure meant to ensure spouse is not left in the lurch".

Retired and serving personnel of the Army have approached the top court saying that they are aggrieved and dissatisfied by the arbitrary exercise of power and jurisdiction of the Army, Air Force, and Navy, in usurping judicial authority and proceeding to award maintenance orders against the personnel of the Indian Armed forces.

A bench of Justices DY Chandrachud and Hima Kohli said, "These are all welfare measures. Army personnel are deployed across the country. It is to ensure that their spouse and children are not left in the lurch".

It asked the petitioners including serving and retired soldiers, junior commissioned officers, and others represented through advocate Neela Gokhale and Anannya Ghosh to approach the Armed Force Tribunal (AFT), as it is not interfering at this stage.

Gokhale said that the mechanism of armed forces in awarding this maintenance is not uniform and is done without following the guidelines passed by this court in awarding maintenance and alimony in its 2021 verdict.

The bench said that all these issues could be raised before the AFT and asked the tribunal to dispose of the petitions, pending since 2019 on the issue expeditiously.

The plea filed through Ghosh said, "The Petitioners are soldiers including officers, JCOs, and OR personnel from the Indian Armed Forces. By way of the present petition, they seek to assail the policy/order dated November 29, 2018, bearing noissued by the Army and similar policies orders by the Respondents of the respective forces, whereby an 'advisory' has been issued in respect of grant of maintenance allowance to the wife and children of the serving personnel".

It said that the said policy letter has been converted into Army Order, and similar Air Force Order and Navy Order respectively, and the competent authority has further directed that this advisory/instructions will be implemented with immediate effect.

"The said instructions are claimed to have been made in pursuance of recommendations given by Raksha Mantri's Committee of experts constituted for the purpose of review of service and pension matters including potential disputes, minimizing litigation, and strengthening institutional mechanisms related to redressal of grievances in 2015", it said.

"It is most respectfully submitted that the authorities in the armed forces are not vested with the jurisdiction and powers to interfere in the administration of justice in issues wholly concerning and involving personal laws of parties. Furthermore, the authorities of the Respondents are not entitled to usurp the jurisdiction of the court having competent jurisdiction to decide issues concerning matrimonial reliefs, including and not limited to permanent maintenance, alimony, interim maintenance", it said.

The plea further said that the Petitioners are challenging the act of the respondents brazenly usurping the jurisdiction vested in competent judicial authorities including the family courts and attributing to itself the power to grant maintenance to wives and children.

"The said policy letter/instructions even lay down a procedure to determine the quantum of maintenance to be so granted to the wife and on various occasions, non-speaking orders are passed without recourse to the legalities involved in the matter. It is submitted that neither the Army Act, Navy Act nor the Air Force Act or the Rules made thereunder provide for the exercise of jurisdiction to decide family matters including the award of maintenance", the plea further added.

It said that the policy letter impugned herein further lays down the upper limit of quantum of maintenance to be granted to the wife and the children and the said has been determined to be 22 per cent of the gross salary for the wife and 5.5 per cent for each child.

"Needless to say that the said proportion has also been arrived at without any authority to do so and also dehors any reflection or analysis of parameters laid down by the various statutes, judgements of this Court, and other precedents. Hence, the entire policy letter and its implementation are illegal, arbitrary sans jurisdiction and provision in any statute governing the defence forces", it said.

The petition said that the award of 'maintenance and alimony' to wives and other dependents are the subject matter of various personal laws governing the individuals respectively.

"The said subject is clearly dealt with in various legislations such as the Hindu Marriage Act, 1955, the Hindu Adoption and Maintenance Act, 1956, the Protection of Women from Domestic Violence, 2005, the Code of Civil Procedure, 1908, the Indian Divorce Act, the Parsi Marriage and Divorce Act, etc", it said.