In a massive setback to BJP MP Gautam Gautam, Supreme Court on Monday, refused to stall proceedings against him for hoarding COVID drugs during 2nd wave 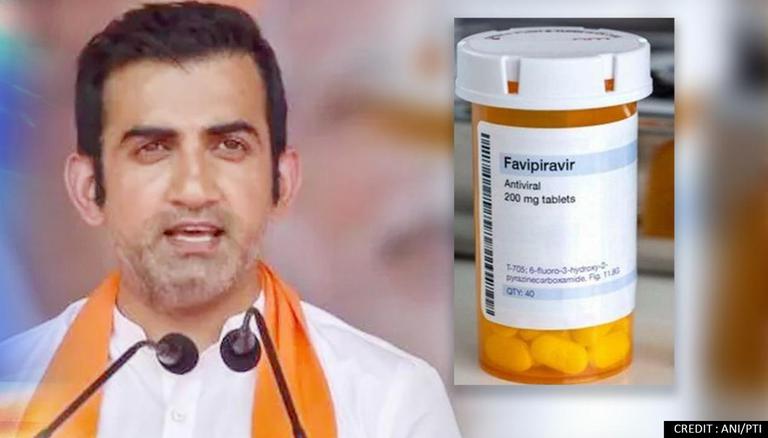 
In a massive setback to BJP MP Gautam Gautam, Supreme Court on Monday, refused to stall proceedings against him for hoarding and black marketing of COVID-related drugs, during the second wave. Highlighting the common man's suffering during that time, SC said that it cannot stay action on him. Gambhir has now withdrawn his plea and will approach the Delhi High Court seeking relief.

"We saw how the common man was suffering. This cannot be done. Do you want us to go into merits?" questioned the SC bench. Gambhir then withdrew his plea.

On June 3, the Drug Controller told Delhi High Court that Gambhir's Foundation was holding unauthorised stocks of Fabiflu. Stating that the MP's foundation had committed an offense under Rule 61 and 18 C of the Drugs and Cosmetics Act, assuring that action will be taken without delay. The Drug controller told HC that not just Gambhir's cases, all other cases brought under the notice of the Drug Controller found to breach the Rules.

The 2-judge HC bench headed by Justice Sanghi questioned how the Gautam Gambhir Foundation procured stocks from dealers when the distribution was centralized. "We're again saying, what Mr. Gambhir did was in a public spirit. But at what expense? You caused a shortage to society. The general patients who needed the medicines couldn't get it," observed the HC.

On May 24, Delhi high court directed the drug agency to probe into hoarding of essential COVID medicines by BJP MP Gautam Gambhir and medical oxygen by AAP MLAs Priti Tomar and Praveen Kumar. Maintaining that the lawmakers may have had the best intentions, the court viewed their action as a disservice, directing DCGI to submit a report within 1 week.  The matter heard by Justices Vipin Sanghi and Jasmeet Singh pertained to Delhi police's clean chit to nine politicians on 'hoarding medicines & oxygen supplies'.

The court noted that Gambhir had purchased 2628 strips of Fabiflu on prescription by a Dr Garg and distributed it among Delhi citizens, leaving only 258 strips for the DGHS. Similarly, in the AAP MLAs case, the court noted that oxygen cylinders were transported via the MLAs' offices instead of the nodal officers. The court had termed the clean chit given to nine politicians by the Delhi police on 'hoarding medicines & oxygen supplies' a 'wash-up report' and ordered it to file a fresh status report in a week.

Based on preliminary investigation,  Delhi Police in its initial enquiry against nine politicians on the alleged illegal distribution of Covid medicines including BJP MP Gautam Gambhir & Indian Youth Congress chief BV Srinivas has given them a clean chit. Stating that "they were actually helping people", Delhi police added  "the person enquired into have not charged any money for the help provided, and thus no one has been defrauded" in its affidavit. The nine politicians probed by Delhi police for alleged hoarding include - BJP leaders Gautam Gambhir, Harish Khurana, Sujay Vikhe Patil, Congress leaders  BV Srinivas, Mukesh Sharma, Anil Kumar, Ali Mehndi, Ashok Bhagel and  AAP MLA Dilip Pandey.