In a big blow to Andhra Pradesh CM YS Jagan Mohan Reddy, a single-judge bench of the High Court quashed the FIR into the alleged Amaravati land scam. 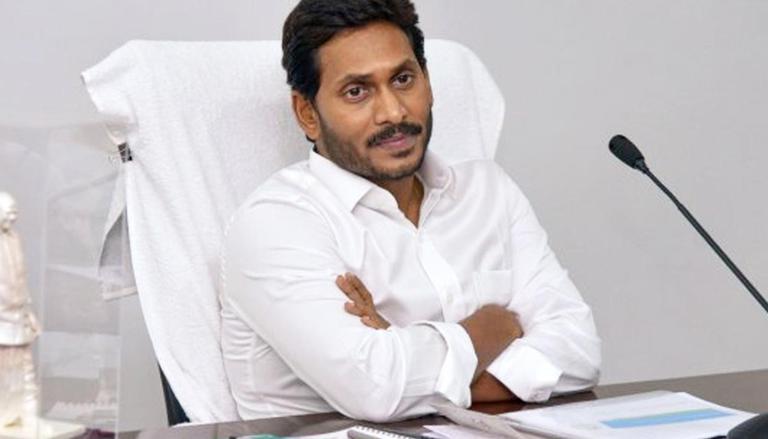 
In a big blow to Andhra Pradesh CM YS Jagan Mohan Reddy, a single-judge bench of the High Court quashed the FIR into the alleged Amaravati land scam. This case pertains to an FIR registered on September 15, 2020, in which 13 persons including two daughters of CJI NV Ramana and former Additional Advocate General Dammalapati Srinivas were arraigned as the accused. The complainant Komatla Srinivasa Swamy Reddy accused Srinivas of abusing his official position to obtain a pecuniary advantage through the purchase of vast tracts of land through benamidars, relatives and acquaintances in the core capital region.

As per the FIR, Srinivas “entered into criminal conspiracy” with various purchasers including the CJI’s two daughters. They were booked under Section 13(2) read with Section 13(1)(d)(ii) of the Prevention of Corruption Act and Sections 409 and 420 read with Section 120-B of the Indian Penal Code. Within hours of the registration of the FIR, the Andhra HC stayed the investigation and barred the police from taking coercive action against the accused persons.

In its order dated September 2, the Andhra Pradesh HC observed that the Additional Advocate General neither had any role in the decision-making process nor was he privy to information on the exact location of Amaravati. Maintaining that the aforesaid private sale transactions do not attract criminal liability, Justice Cheekati Manavendranath Roy ruled, "The information relating to location of capital is not a confidential information and it is very much in the public domain from June 2014 itself. Right to acquire property is a constitutional right and legal right of the petitioners as citizens of the country".

"The sellers did not sustain any loss on account of the said sale transactions. So, no element of criminal liability is involved in the sale transactions. No offence of conspiracy to do any illegal act or to commit an offence is made out from the facts of the case against the petitioners," the order added. It also allowed Srinivas to claim damages against the complainant for launching "frivolous criminal proceedings" against him.

Earlier on October 6, 2020, Jagan Mohan Reddy had accused Justice Ramana of influencing the sittings of the AP High Court and acting in the interests of the Telugu Desam Party in a letter addressed to the then CJI SA Bobde. According to him, a preliminary investigation conducted by the Anti-Corruption Bureau revealed that two daughters of the aforesaid SC judge, his close associates and relatives are beneficiaries of "questionable land transactions" in Amaravati. Claiming that some of these transactions were routed through Dammalapati Srinivas, he highlighted that the latter is closely associated with Justice Ramana and TDP supremo N Chandrababu Naidu.

Stressing that the proximity between him and Naidu is "well-known", the YSRCP president cited the "evidence" put on record by retired Supreme Court judge Jasti Chelameswar. To buttress his claim further, he mentioned that Justice Ramana served as Additional Advocate General in the past during the tenure of the TDP government. Accusing the state judiciary of harbouring a bias towards TDP, the AP Chief Minister urged the CJI to initiate proper steps for ensuring that the neutrality of the judiciary is maintained.

On March 24 this year, the apex court revealed that AP CM's complaint against Justice NV Ramana has been dismissed. A statement issued by the SC stated that the case was dealt with under the in-house procedure after which no merit was found in the allegations. Subsequently, Justice Ramana took over as the 48th Chief Justice of India on April 24.