In another reprieve for JNU student Sharjeel Imam, a Delhi Court on Thursday, granted him bail in the 2019 Jamia Milia Islamia university violence case. 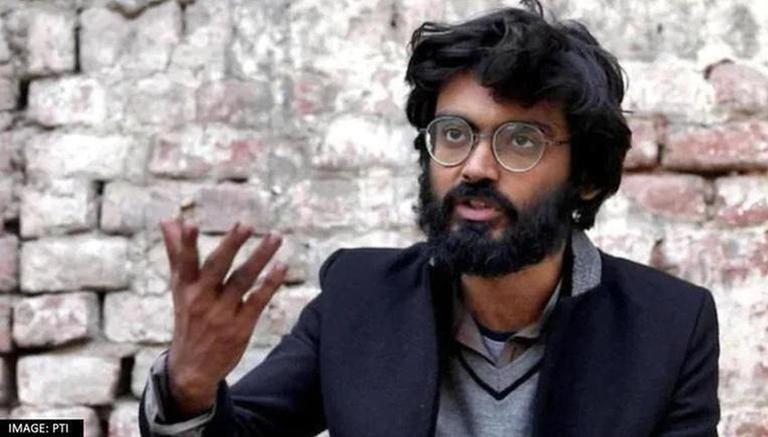 
In another reprieve for JNU student Sharjeel Imam, a Delhi Court on Thursday, granted him bail in the Jamia Milia Islamia university violence case. The court observed that Imam was not arrested during the investigation of the case and hence granted him bail.  As Imam has also been charged with 'criminal conspiracy' for allegedly planning the Delhi riots', under the UAPA act, he still remains in Tihar jail.

"Considering the nature of offence, and the fact that he was not arrested during the investigation, bail is granted," said the judge. The Court granted bail on furnishing a bond of Rs 25,000. He was booked for rioting and unlawful assembly on December 13 and 14, 2019 when violence broke between police and Jamia students as the force used tear gas, batons to disperse anti-CAA protestors.

Recently, the Allahabad High Court noted that he did not call anyone to bear arms and that his speeches did not incite violence, while granting him bail after 14 months of incarceration.F our FIRs were registered against Imam under Sections 124A (sedition), 153A (promoting enmity between different groups on grounds of religion, race etc), 153B (imputations, assertions prejudicial to national-integration), and 505(2) (statements creating or promoting enmity, hatred or ill-will between classes) of IPC. Previously, a Delhi court had refused to give him bail as he faced sedition charges in the Delhi riots case. Imam has already gotten bail in cases filed in Assam and Arunachal Pradesh.

Why was Sharjeel Imam arrested?

On January 25, 2020 a video emerged of Sharjeel Imam saying, "If we have 5 lakh organized people then we can permanently cut north-east from India or at least for one month. Put so much (unclear) on the road that they cannot even remove it for a month. Then only they will listen to us." Imam had addressed a gathering outside Aligarh Muslim University in Uttar Pradesh. mam - a key organizer of the Shaheen Bagh protests was arrested on January 28 after the police accused him of being involved in the violence that took place in Jamia on December 15, 2019, during the protests against the Citizenship Amendment Act.

WE RECOMMEND
Delhi Pollution: Air quality levels continue to remain in 'poor' category with AQI at 293