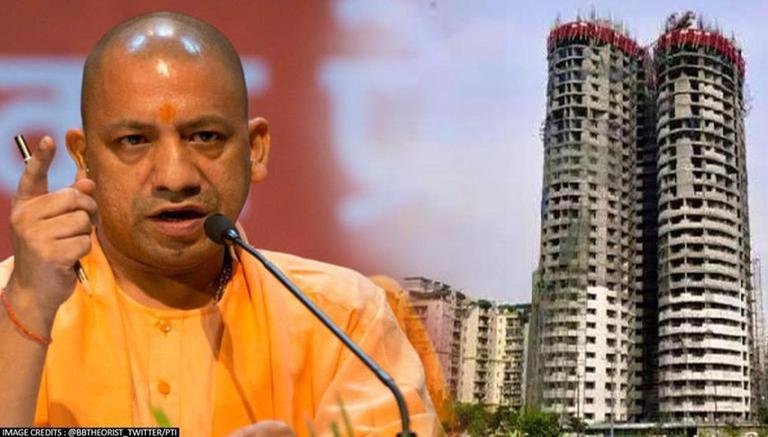 
In reference to the illegal construction of two 40-floor towers built by real estate company Supertech, Uttar Pradesh Chief Minister Yogi Adityanath on Monday, September 2, has ordered the setting up of a special investigating team (SIT) to probe the collusion between Noida authority and the real estate company. The SIT has been ordered to take time-bound action.

The Chief Minister's office stated, "Chief Minister Yogi Adityanath has directed to form an SIT at the government level immediately for investigation in Noida's twin towers case. Instructions were given to fix the accountability of officers of the authority who were associated with this case from 2004 to 2017".

Earlier on September 1, the Chief Minister had instructed officials to take strict action against the accused. The UP CM demanded action against all officials accused of alleged irregularities in the construction of the ‘illegal’ buildings.

On 31 August, Supreme Court had ordered the demolition of two 40-floor towers built by real estate company Supertech in one of its housing projects in Noida. A bench headed by Justice DY Chandrachud said that construction was a result of the collusion between the officials of the Noida authority and Supertech.

The verdict stated, the construction of the twin towers containing around 1,000 flats in Supertech Emerald Court in Noida was done in violation of the rules and must be razed within a period of two months by Supertech at its own cost. And, all flat owners in the twin towers in Noida are to be reimbursed along with 12 percent interest.

Earlier, the SC had stated that what Supertech Ltd has done is “palpably wrong”, as the towers were constructed by encroaching upon the green common area of the housing society.

On 11  April 2014, the Allahabad High Court ordered the demolition of the two buildings within four months and the refund of money to apartment buyers.

Claiming no illegality over the construction of twin towers, Supertech Ltd had said that they had lost the case before the high court on two factors, distance criteria and not taking consent of home buyers before constructing those towers.

The Emerald Court Owner Resident Welfare Association had filed the case before the high court challenging the construction of the twin towers. Pointing at their complaint, Supertech said that they were not even in existence when the plan was sanctioned and construction had begun.