The Supreme Court set aside the Calcutta HC order quashing the transfer of ex-West Bengal CS Alapan Bandyopadhyay's plea from Kolkata to Delhi bench of CAT. 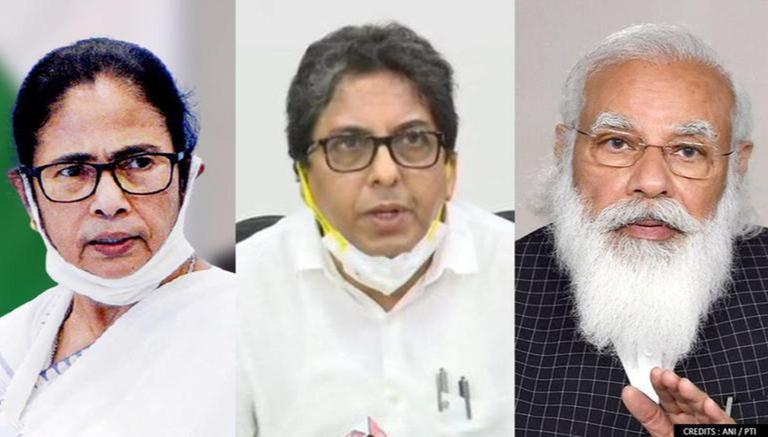 
In a boost for the Centre, the Supreme Court set aside the Calcutta High Court order quashing the transfer of ex-West Bengal Chief Secretary Alapan Bandyopadhyay's plea from the Central Administrative Tribunal's Kolkata bench to its principal bench in Delhi.

The division bench of Justices AM Khanwilkar and CT Ravikumar was hearing the Union government's special leave petition challenging the Calcutta HC order dated October 29, 2021. It ruled that the Calcutta High Court did not have the jurisdiction to deal with this plea. However, it allowed Bandyopadhyay to seek relief from the Delhi High Court.

A 1987-batch IAS officer, Alapan Bandyopadhyay came under the eye of a storm on May 28, 2021, after leaving a review meeting on Cyclone Yaas chaired by PM Modi halfway. Accompanied by then Chief Secretary, WB CM Mamata Banerjee handed over a report detailing the damage caused by the cyclone and the required redevelopment package for the state and thereafter left the room for her pre-scheduled survey of other cyclone-affected areas with the permission of the PM.

On the same day,  Bandyopadhyay was recalled on central deputation and asked to report to Delhi by 10 am on May 31.

Maintaining that such an order was "patently illegal" as the decision was taken without his consent, the bureaucrat highlighted that he had worked continuously with the West Bengal government. Subsequently, the state government refused to comply with the Centre's order and appointed him as the Chief Advisor of Banerjee for the next three years after his retirement on May 31.

The ex-Chief Secretary was then issued a showcause notice under Section 51 of the National Disaster Management Act to which he replied on June 3.

On June 16, the Ministry of Personnel and Public Grievance and Pension issued him a major penalty charge sheet and appointed an Inquiry Authority in this regard. After this, Bandyopadhyay moved the Kolkata bench of the CAT seeking relief but his plea was transferred to the principal bench via an order dated October 22.

While quashing this order, the Calcutta HC directed the Kolkata bench of the CAT to expedite the hearing of the ex-Chief Secretary's plea and dispose of it at the earliest.

The HC ruled, "The entire modus operandi adopted by the Union of India reeks of malafides. It is unfortunate that the Principal Bench of the CAT nurtured such efforts by passing the impugned transfer order, thereby paying obeisance to the diktat of the Union of India, which has been repeatedly held by the Supreme Court and various High Courts not to be a favoured litigant. Rather, the responsibility of meting out justice and serving the cause of justice is on a much higher pedestal for the Union of India than an ordinary individual litigant."