Tripura Police Register FIR Against Abhishek Banerjee, 5 Others For 'misbehaviour'

The Tripura police on Wednesday filed an FIR against TMC leaders including Abhishek Banerjee for allegedly misbehaving with Additional SP and SDPO. 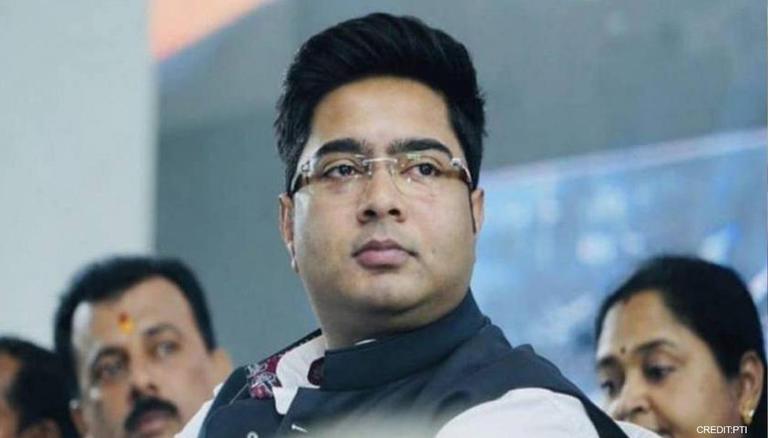 
The Tripura police on Wednesday filed an FIR against All India Trinamool Congress (TMC) leaders including Abhishek Banerjee for allegedly misbehaving with Additional SP and SDPO Khowai, and preventing them from discharging their duty. Five other leaders who have also been booked include Dola Sen, Bratya Basu, Kunal Ghosh, Subal Bhowmik, and Sri Prakash Das. Earlier, TMC General Secretary Abhishek Banerjee had intervened in a police matter after 14 TMC members were arrested for violating COVID restrictions by travelling after 7 pm when a night curfew comes into effect.

Taking to Twitter, Banerjee lashed out at CM Biplab Deb stating that all of BJP's resources will fall short in Tripura. 14 TMC leaders were arrested in Tripura's Khowai district on Sunday for "violating COVID norms", including those injured in an alleged attack by BJP workers the previous day. Banerjee along with other party leaders visited Khowai amid tight security arrangements.

Meanwhile, TMC Tripura unit Spokesperson Ashish Lal Singh said that party leaders including him, Debangshu Bhattacharya, Tania Poddar, Sudip Raha, and Jaya Dutta were among those arrested. Raha and Dutta had sustained injuries when their vehicle was allegedly attacked by BJP workers at Ambassa in Dhalai district on Saturday. Banerjee had earlier visited Tripura on August 2, when his convoy was also allegedly attacked by BJP workers.

Hitting back at Trinamool Congress Supremo Mamata Banerjee, West Bengal BJP Chief Dilip Ghosh termed Banerjee’s allegation against Amit Shah as 'drama' and said she has a habit of doing it.

Taking a jibe against Mamata’s accusations on Home Minister Shah for orchestrating an attack on TMC workers in Tripura, Ghosh said, "Amit Shah Ji has a lot of work to do, apart from thinking all this. He doesn't care. TMC deliberately involve in fights, their leaders will go and break the bike with a stick, after that they will ask who is the goon?" "Mamata Banerjee always has a habit of doing drama, sometimes she goes to Delhi, sometimes she goes to Lucknow, sometimes she goes to Patna, everything has been seen and everyone's 'khela' is over, and now 'khela' is being played in Tripura," he added, while speaking to ANI.