The Uttar Pradesh ATS has cracked down a major terror module in Lucknow's Kakori area and two suspected terrorists have been arrested till now. Operation is underway. 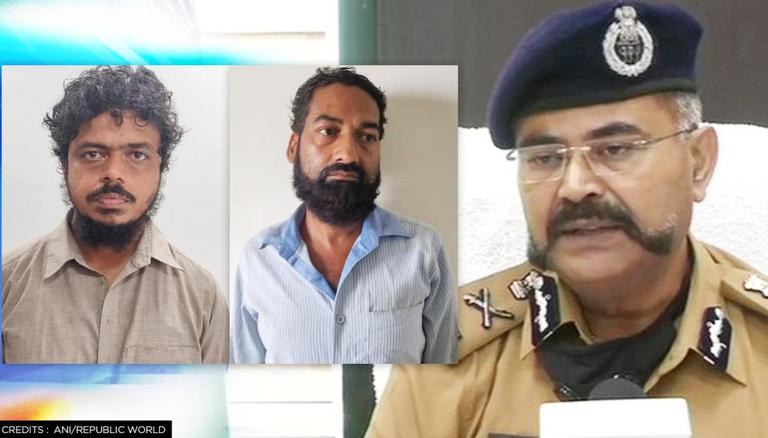 The Uttar Pradesh ATS has cracked down a major terror module in Lucknow's Kakori area and two suspected terrorists have been arrested till now. Operation is underway.

Just hours after the UP ATS arrested two Al Qaeda terrorists from Lucknow, another terror module was busted in South Kolkata. The Special Task Force (STF) nabbed three terrorists linked to Jamaat-ul-Mujahideen Bangladesh (JMB) from south Kolkata's Haridevpur area on Sunday afternoon. The three suspected JMB terrorists were living in a rented accommodation for a few months in the middle-class locality, raising concern among the locals.

The Kolkata Police STF have found Jihadi literature from their possession and their Facebook accounts have been analysed.

Case is being registered by ATS and accused will be produced before court, Uttar Pradesh DGP Prashant Kumar informed. "We are also enquiring about those who supplied the ammunition and explosives. An FIR will be registered and other procedures are underway," he added.

UP DGP Prashant Kumar further informed that terror suspect Naseeruddin (50) has been arrested and heavy explosives are recovered including a cooker. Searches are underway to nab the other associates. ATS team coordinating with local police. IED is being taken by Bomb Detection & Disposal Squad team to deactivate it. 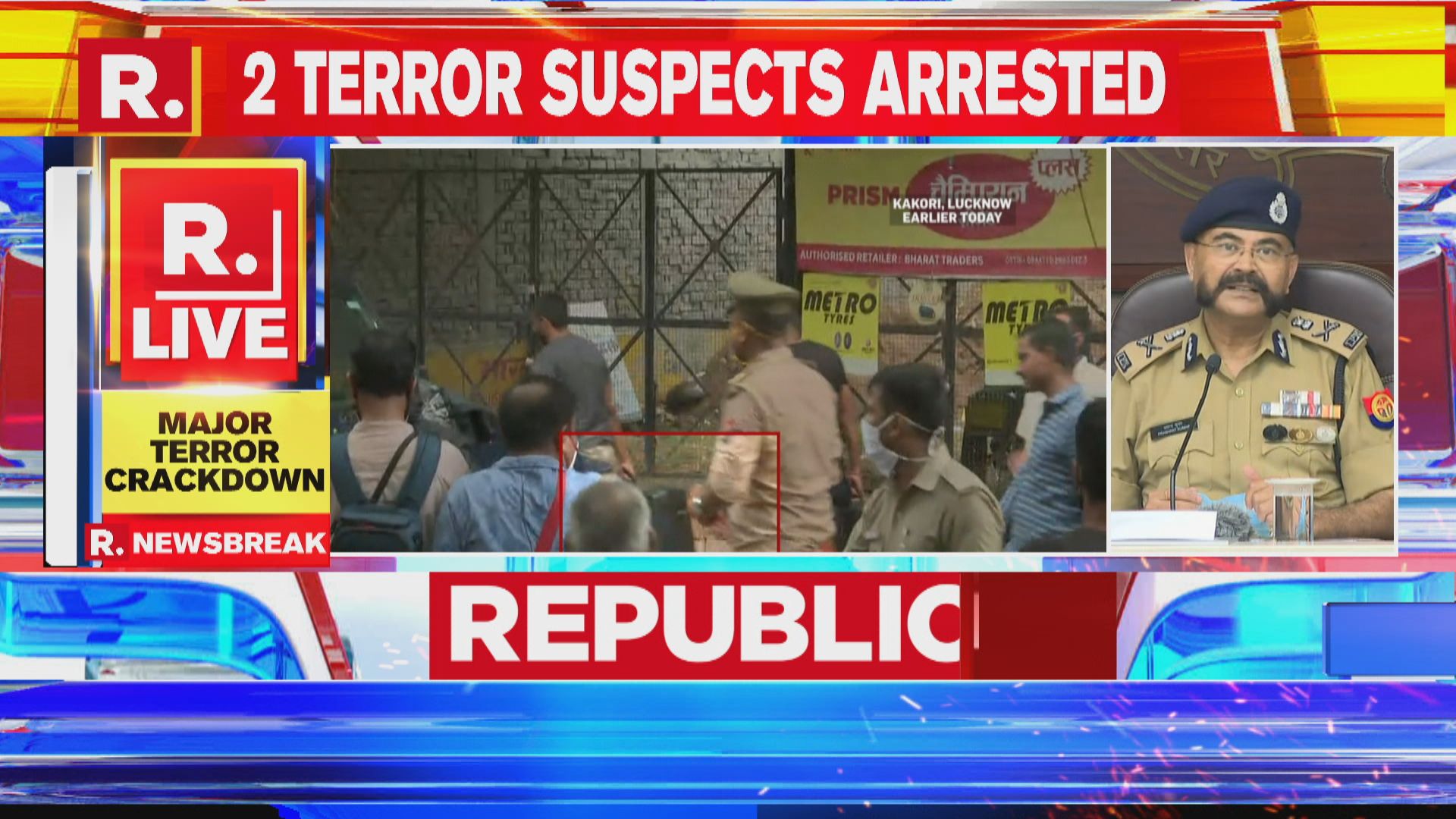 "The chiefs of Al Qaeda's UP module are Minaz, Shakeel and before August 15, they planned serial blasts, human bombs at various parts of UP and iconic places of Lucknow. To execute this, Minaj Ahmed, resident of Ring Road Dubagga in Kakori and Naseeruddin resident of Sitapur Road, Lucknow were playing important roles. Their other accomplices are also involved in the operation. Terrorist activities could be executed anytime by them," the DGP informed. 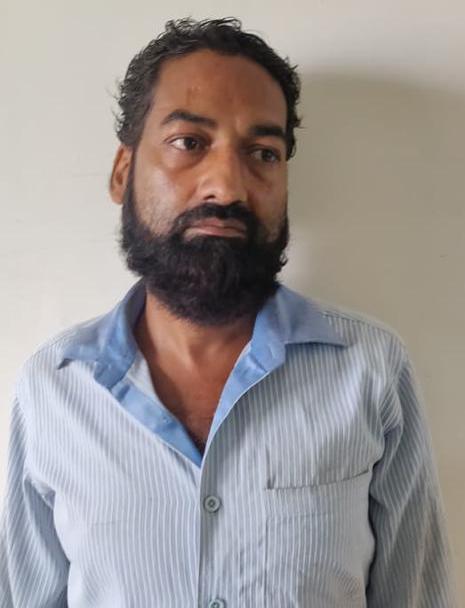 UP DGP - ADG L&O Prashant Kumar held a press briefing on the security operation in Lucknow's Kakori, which led to the busting of a major terror module. Kumar hailed the ATS tam led by IG GK Goswami for apprehending two terrorists linked to Al Qaeda.

"Al Qaeda is a militant Sunni Islamic terrorist organisation founded in 1980. UP Module was handled by Umar Halmindi, who carried out activities near Pak-Afghan border in areas like Quetta and Peshawar. Halmandi recruited a few youths in Lucknow and radicalised them and raised the module which comes under Ghazva-ul-Hind," the UP DGP informed on Sunday. 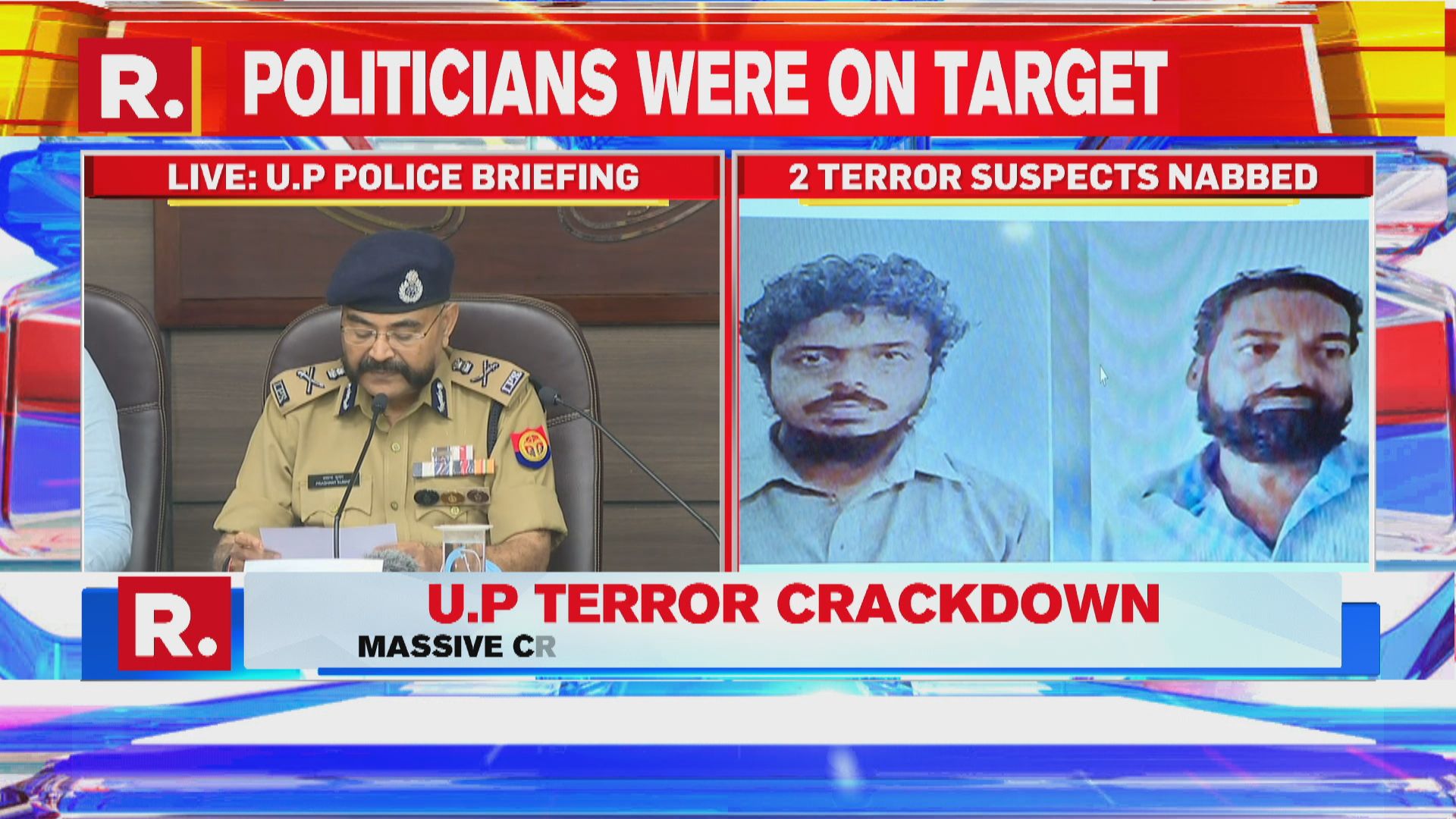 Uttar Pradesh DGP will soon conduct a police breifing on the anti-terror operation in Lucknow's Kakori tgat led to the arrets of two terror suspects, allegedly linked to Al Qaeda.

Reacting to the apprehension of two Al-Qaeda linked terrorists in their neighourbood, Vivek Rai, a resident of Kakori said he had no idea about such operations. Having known all three families for nearly a decade, Rai said he was shocked to learn about their terrorist links.

"I have known them (terror suspects) for almost 10 years. Both of them had government jobs - one is retired and currently works for a private firm. The younger government employee Guddu has a small family - wife and two children. He too works at a worksop. We had no idea about terrorist links. They were nice to us like any gentlemen. We are completely baffled by the findings," Rai told Republic TV 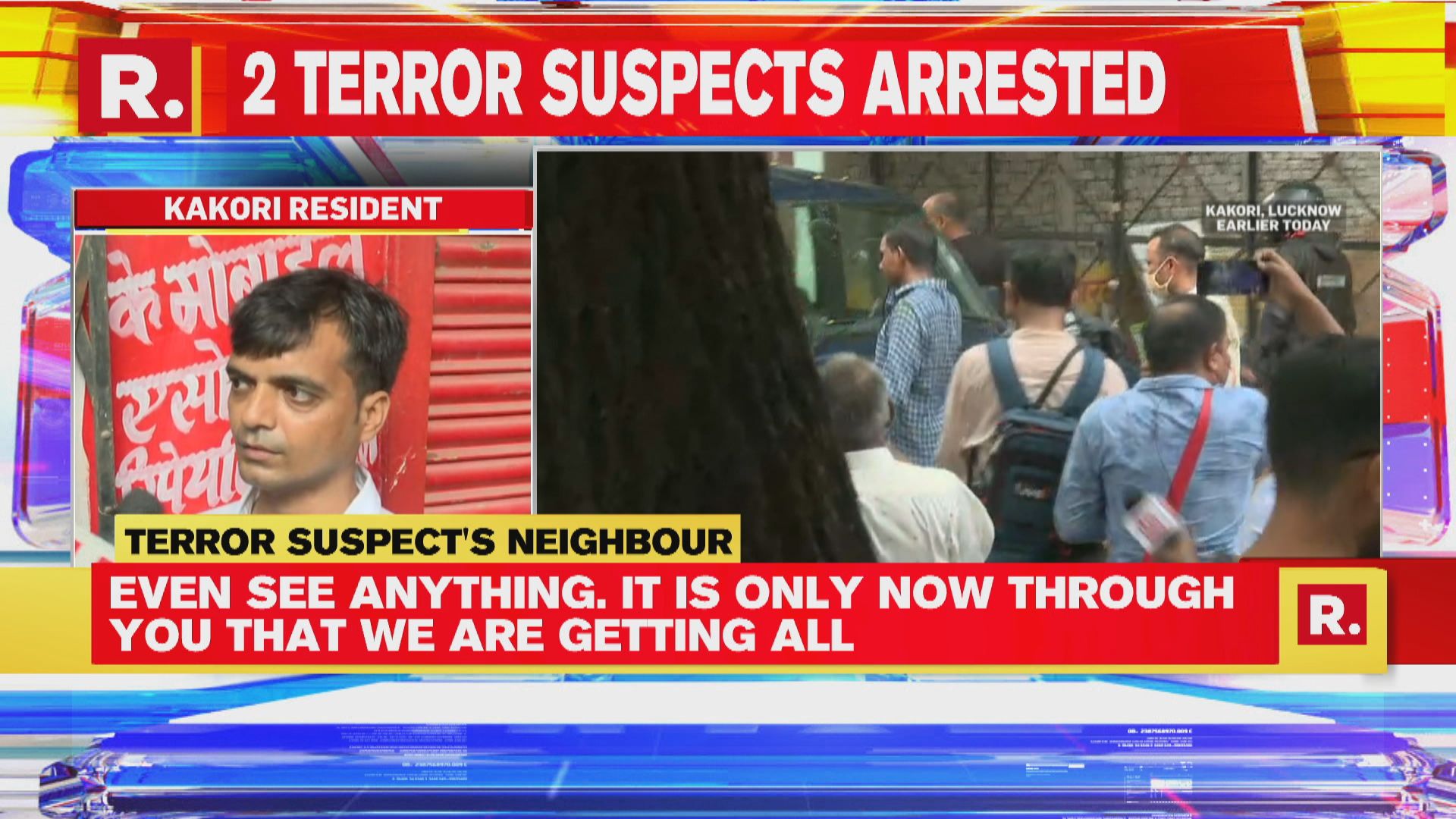 GK Goswami, the Inspector-General of UP's Anti-Terrorist Squad spoke to Republic on Sunday afternoon as a massive security operation was being carried out in Lucknow which led to the arrest of two terror suspects, reportedly linked to Al Qaeda. Based on the information recovered so far, the ATS IG said a serial blast was expected by terrorists in the near future.

"We have found several explosive materials and weapons during the raids. We have learnt that some of their associates have fled. We have cordoned off the area to nab them. The terrorists have been trained by Al Qaeda. The police have busted the AQIS module. As per the information gathered so far, it is suspected that the conspiracy for a serial blast was going on for long, and an incident could have taken place in the near future," Goswami told Rpeublic TV.

When asked if the ATS will carry out raids in the nearby areas, the IG said they they plan to conduct searches in other routes as well and will work on the same very soon.

According to the on-ground information accessed by the Republic Media Network, explosives such as 2 pressure cooker bombs, foreign pistol guns, semi-manufactured time bombs, and 6-7 kgs of of bomb making material have been recovered by the ATS so far.

Sources report that several high-profile politicians including MPs from the ruling Bharatiya Janta Party (BJP) were on the hit-list of terror suspects. Top BJP leaders under were the under the scanner of the terrorists who planned to carry out a series of blasts in various places across UP, including Lucnow, Kashi and Ayodhya. The two terror suspects are currently being interrogated by the ATS.

Search operation in Faridpur Dubagga area of ​​Kakori police station area in Lucknow. The 2 suspects apprehended by the ATS are said to be Al Qaeda terrorist. Three houses were raided as part of the search operation. Drill machines are being used for the search as the officials suspects secret wardrobe or basement in the houses. The ATS is trying to cut through the walls with the help of drill machines.

The residents of the houses include Shahid, Siraj, and Riyaz. According to sources, Shahid was based in Saudi Arabia for the last 5 years, and used Telegram as a medium to stay connected with Al-Qaed and Pakistani handler Al-Ul. Siraj, and Riyaz on the other hand worked as government employees in UP. Sources said that the terrorists were targeting Kashi and Mathura to carry out series of blasts. Following the incident, security has been beefed up in Kashi and Ayodhya.

According to sources, the ATS team has been monitoring activities in the Kakori area for the past one week after receiving a tip-off from a neighbouring post which received parallel input from Kashmir. The terrorists were reportedly going to execute their actions within three days, however UP ATS that had been tracking terrorist activities in the region, successfully thwarted their plan.

Currently, more than 100 cops are present at the spot and security forces have decided to question every individual living in and around the area. On-ground data mentioned that the house where the ATS team is currently operating search operation belonged to three suspects identified as Shahid, Siraj and Guddu.

Moreover, the Jammu and Kashmir police have also been informed regarding the major development and connections with terrorist activities in the valley has also come forward. A detailed report will be shared with media outlets in the evening when the press conference is conducted by the state security officials. Currently, the search operation is underway. A Delhi court on Friday had also ordered to frame charges against four terrorists over alleged connections with a terrorist organization- Hizbul Mujahideen.

According to the on-ground information accessed by the Republic Media Network, explosives such as pressure cooker bombs, pistol guns, semi-manufactured time bombs, and 6-7 kgs of explosives were recovered from the nabbed terrorists. The Uttar Pradesh police have scheduled an official press conference and it is expected to be presided over by ADG, law and order, Prashant Kumar regarding the matter.