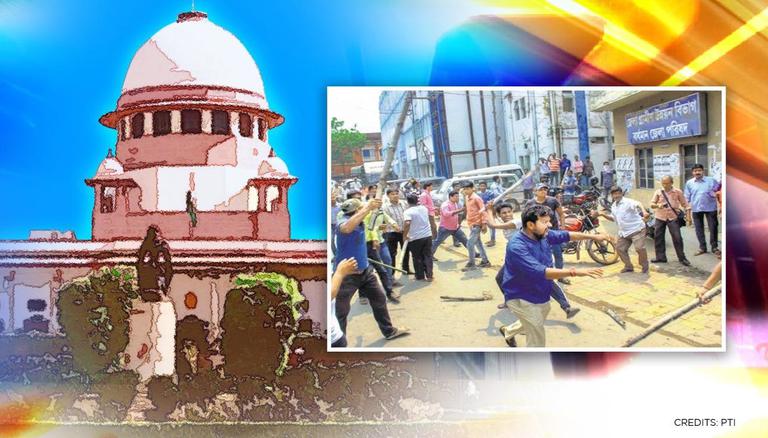 
Senior advocate from Mumbai, Ghanshyam Upadhyay filed a Public Interest Litigation petition in Supreme Court demanding President's rule in West Bengal amid reports of post-poll violence in the state. The 52-year-old lawyer, in his petition against the state Government of West Bengal, claimed that Chief Minister Mamata Banerjee after winning the elections committed "ghastly" crimes against the people belonging to the BJP. The petition highlighted media reports and actions from the BJP leaders along with West Bengal Governor.

The petitioner further requested to carry out the President's rule under  Article 356 (1). The investigation on the matter should also be handed over to Special Investigation Team (SIT), according to the senior advocate.

"The request in the petition stated, to forthwith hand over investigation of the killing of more than 16 perceived BJP  workers/supporters/sympathizers in the aftermath of the recently concluded election in the state of West Bengal by TMC goons/supporters and destruction of houses in the state by setting them on fire, to SIT constituted by this Hon’ble Court".

As per the petition filed by Ghanshyam Upadhyay, a detailed report of the law and order situation in West Bengal has also been demanded. Advocate Upadhyay further purported that the constitution has completed failed in West Bengal. State Governor, Jagdeep Dhankar has also, in the past made similar claims on the mishandling of the situation by Chief Minister Mamata Banerjee.

Since the declaration of results in the state, several reports of violence have come forward. As soon as Mamata Banerjee's ex-party leader and current BJP member, Suvendu Adhikari defeated the CM from the Nandigram seat, he was allegedly attacked by TMC workers. Recently, Governor Dhankar had visited the BJP supporters and workers who fled to nearby Assam as violence had escalated in the state.

The Home Ministry had also constituted a four-member team to evaluate the situation in West Bengal. Another plea was also filed in Calcutta High Court by social activists seeking immediate relief for the victims of the violence. The Vishva Hindu Parishad (VHP), as soon visuals of violence started surfacing, demanded the President's rule in the state alleging attack on BJP workers.