On a visit to investigate post-poll violence in West Bengal, the team of the National Human Rights Commission (NHRC) was attacked on Tuesday. 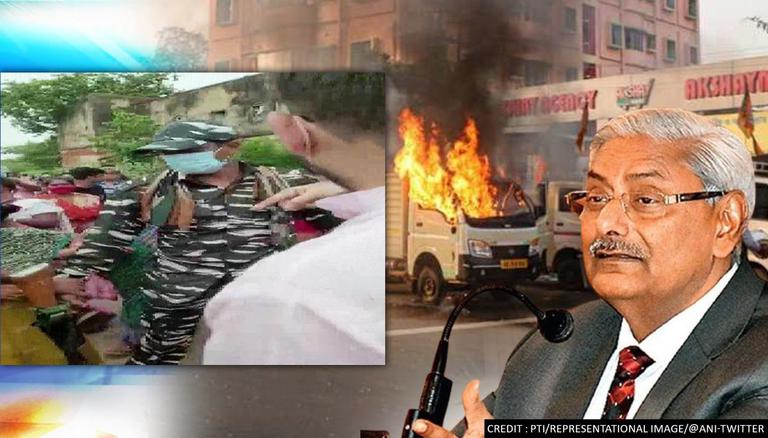 
On a visit to investigate post-poll violence in West Bengal, the committee of the National Human Rights Commission (NHRC) was attacked on Tuesday. The incident took place in the Jadavpur district of the state, where the committee during the course of the investigation found out that more than 20 houses were burned down to ashes. The committee has so far has visited many districts, including that of North 24 Paraganas, which was one of the worst-hit by the violence that ensued after the announcement of poll results on May 2.

"During probe, it has been found that more than 40 houses have been destroyed here. We are being attacked by goons," says an NHRC official. pic.twitter.com/iTUcBIZ2GU

Earlier, the committee of the NHRC had invited the complainants to come forward in person, telephonically, or even via electronic mail and ventilate their grievances in front of the committee. Set-up by the chairperson of the Commission Justice (Retired) Arun Mishra, the seven-member committee is looking into the matter of post-poll violence and as part of it, is touring different parts of West Bengal and inquiring into the veracity of complaints and allegations that have come forth so far.

On June 21, the Calcutta High Court dismissed the West Bengal government's plea to recall or stay the order over the post-poll violence in the state and instead asked the NHRC chairperson Justice (Retired) Arun Mishra to form a committee to examine all complaints pertaining to the violence and submit a comprehensive report to the HC on the situation. It also directed the state government to provide all logistic support to the committee.

BJP, Congress, CPI (M), TMC, and ISF have been up in arms over the violence which claimed at least 16 lives after the declaration of poll results. While the MHA sought a detailed report from the state government regarding the "post-election violence targeting opposition political workers in the state" and sent a 4-member team there, PM Modi called up Dhankar and expressed his anguish at the law and order situation. Though TMC attributed the deaths to "intra-BJP fights," Banerjee requested everyone to remain peaceful.

Meanwhile, BJP president JP Nadda visited West Bengal for two days where he met the families of the affected party workers in Pratapnagar, Beliaghata, North 24 Parganas, and Gopalpur. In another development, CM Mamata Banerjee announced a compensation of Rs.2 lakh each to the kin of the deceased persons. She also warned that her government will act against anyone circulating "fake videos" on post-poll violence. Ignoring Banerjee's opposition, the WB Governor visited violence-hit areas in Cooch Behar and areas of Assam where people from the state are camping.