In more trouble for Yes Bank co-founder Rana Kapoor, a special court on Saturday remanded him to CBI custody till August 21 in a money laundering case. 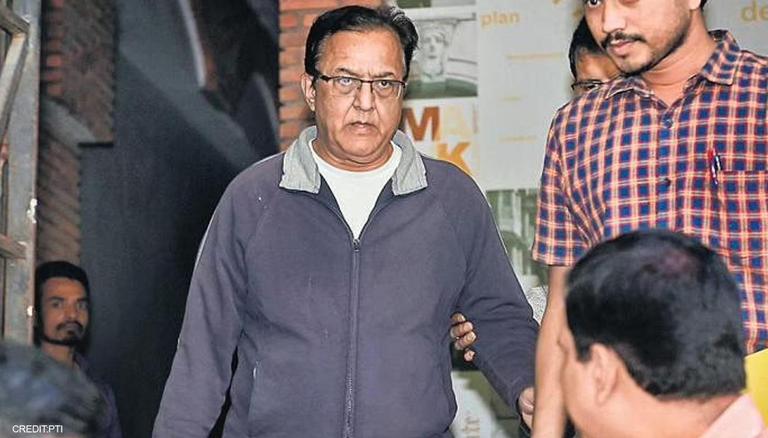 
In more trouble for Yes Bank co-founder Rana Kapoor, a special court on Saturday remanded him to CBI custody till August 21 in a money laundering case. The CBI sought his custody in a case pertaining to an alleged property transaction between him, his wife Bindu and Gautam Thapar's company Avantha Realty Limited. Incidentally, Thapar is in ED's custody till August 15 in connection with the same case.

Advocate Vijay Aggarwal represented Kapoor during the hearing. As per reports, the Taloja Central Jail Superintendent will hand over the custody of the Yes Bank co-founder on August 15.  However, Aggarwal asserted that the court rejected CBI's plea to arrest his client as per Section 41 of the Code of Criminal Procedure.

Essentially, the central agency registered an FIR in this case in March 2020. It alleged that Rana Kapoor and his wife obtained illegal gratification of Rs.307 crore through the purchase of a 1.2 acre-bungalow on Amrita Shergill Marg bungalow in Delhi from Avantha Realty Limited at half its market price. In return, the Yes Bank co-founder has been accused of facilitating bank loans worth nearly Rs.1900 crore to this reality firm.

Other allegations against Rana Kapoor

Rana Kapoor was arrested by the ED on March 8, 2020, after 30 hours of questioning. The ED has alleged that Kapoor misused his position as the Chief Executive Officer of Yes Bank to benefit his daughters' companies. According to the agency, loans worth Rs.30,000 crore were given by Yes Bank when he was at the helm of affairs. Out of these, advances of Rs. 20,000 crore became NPAs (non-performing assets).

The ED maintained Rana Kapoor's family members were associated with 78 companies that were allegedly used for the movement of money. On the other hand, Kapoor's counsel has highlighted his client's contribution to the bank, including the awards which he received. Moreover, it was stressed that Kapoor's family members never defaulted on any of the loans granted.

After the advent of the COVID-19 pandemic, the Yes Bank co-founder moved a bail application citing a threat to his life. The plea mentioned that the Yes Bank founder's existing medical conditions such as bronchial asthma, chronic immunodeficiency syndrome, severe hypertension, depression put him at a high risk of a lung infection if he contracted COVID-19 in jail. Furthermore, it was argued that Kapoor needed to stay at home and get home-cooked food. But, he continues to languish in jail as this plea and subsequent applications were rejected.