Maharashtra lottery results are announced at 5:00 pm daily. Get all the latest GaneshLaxmi Dhan lottery results, announcements an updates for December 6 here 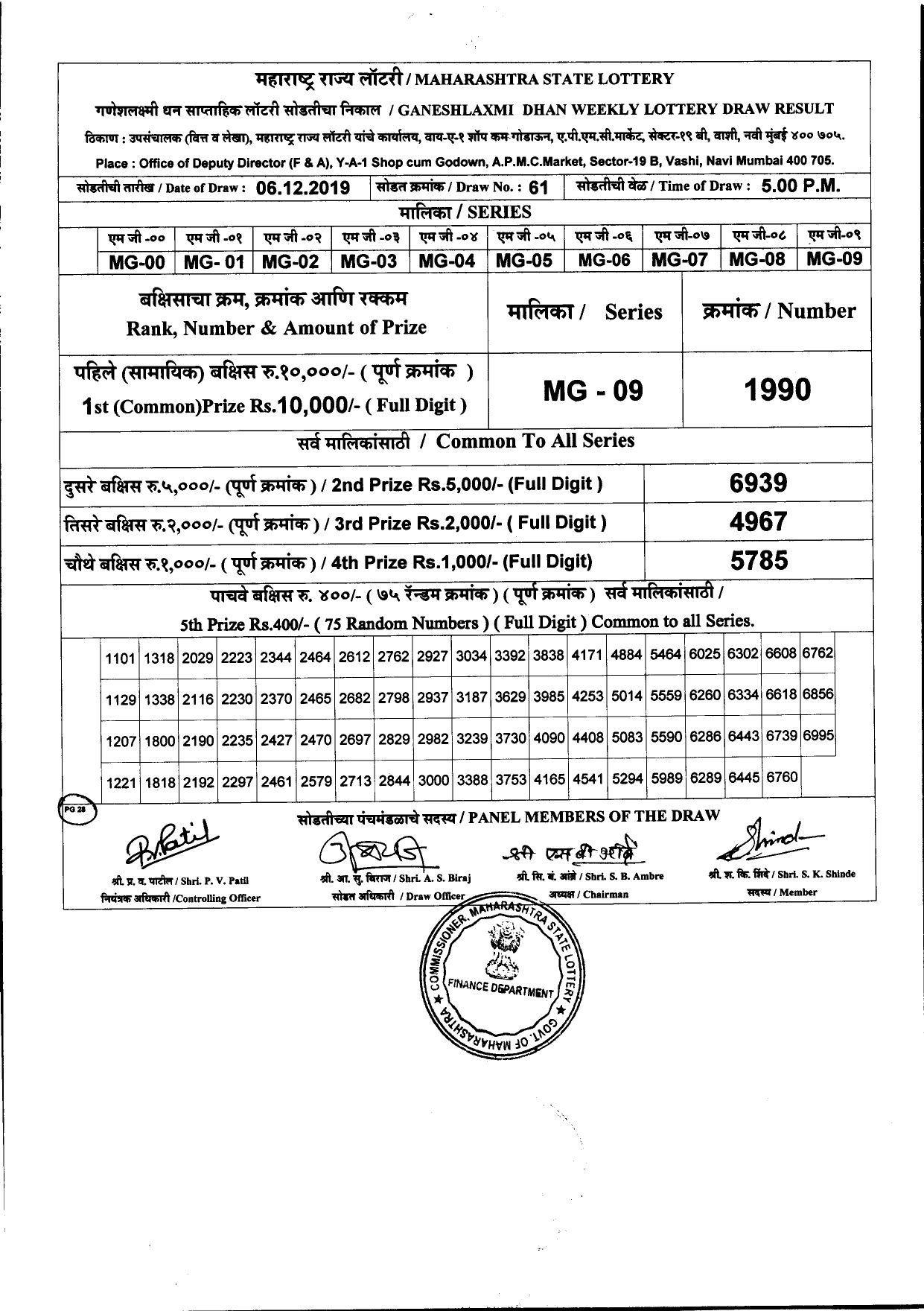