The Maharashtra State Lottery came into existence from April 12, 1969. The state conducts various lotteries on a daily and weekly basis. The Maharashtra state lotteries hold GaneshLaxmi Vaibhav Lottery on Sundays. The time of the lottery draw is 5:00 pm. The lotteries conducted by the Maharashtra state are legal under the amendment and active since then. The GaneshLaxmi Vaibhav Lottery results will be announced soon. The state government has brought this lottery to existence so that the common man does not fall prey to duplicate lottery tickets. 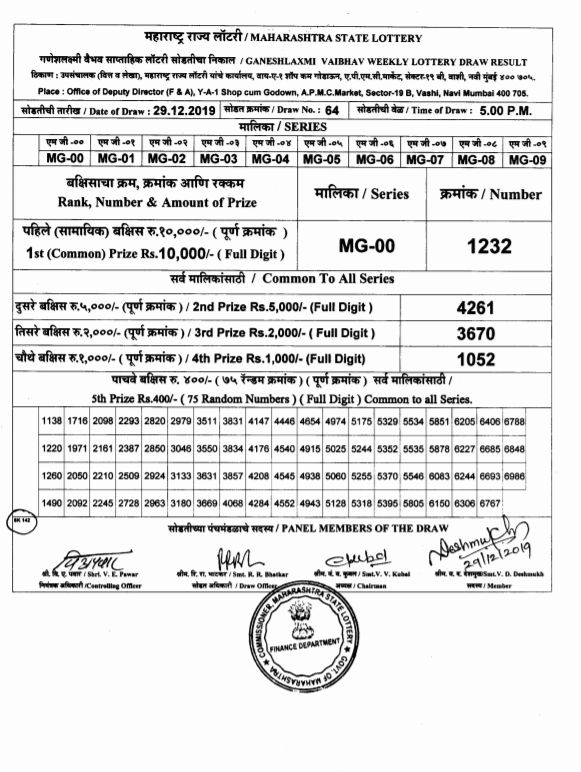