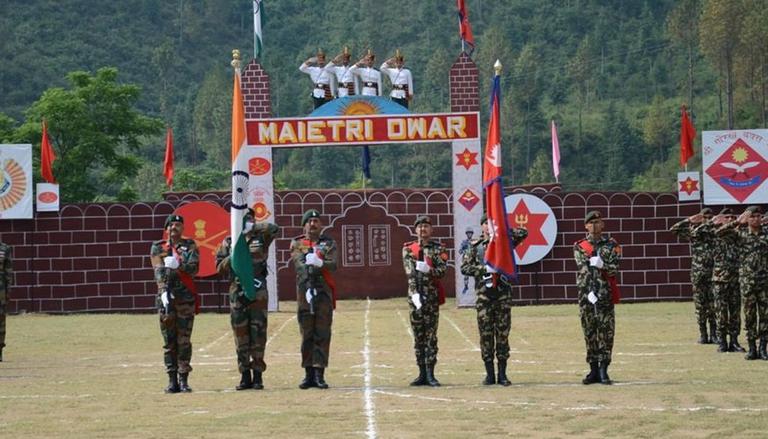 
Almost two months after Sher Bahadur Deuba swore as Nepal's new Prime Minister, the political and defence ties between the two countries are taking a new height. In the recent development, the Indian Army on Saturday informed that the 15th edition of India- Nepal Joint Military Training Exercise "Surya Kiran" would commence from September 20 at Pithoragarh. According to the statement released by the Indian Army, the exercise aims to share experiences gained during the conduct of various counter-insurgency operations by both countries. "15th Edition of India-Nepal Joint Military Training Exercise Surya Kiran is commencing from September 20, 2021, at Pithoragarh," said the Additional Directorate General of Public Information, Army.

Further, the Ministry of Defence said that an Infantry Battalion from Indian Army and an equivalent strength from Nepali Army would be sharing their experiences gained during the conduct of various counter-insurgency operations over a prolonged period in their respective countries. As part of the exercise, both the Armies would familiarise themselves with each other's weapons, equipment, tactics, techniques and procedures of operating in a counter-insurgency environment in mountainous terrain. Also, there would be a series of Expert Academic Discussions on various subjects such as Humanitarian Assistance and Disaster Relief, High Altitude Warfare, Jungle Warfare etc., added the statement released on September 18.

"This joint military training will go a long way in improving bilateral relations and also will be a major step towards further strengthening the traditional friendship between the two nations," the ministry said. The last edition of Exercise Surya Kiran was conducted in Nepal in 2019.

It is worth noting that this was not the first time both countries held such military exercises. Such initiatives were also taken during the previous KP Oli government. The relation between Nepal and the Indian government was bittered last year after the former had released the revised political and administrative map incorporating the disputed territories of Limpiyadhura, Lipulekh and Kalapani. At that time, India had said that Nepal's unilateral action was "not based on historical facts and evidence" and reiterated a solid objection to the hill country's move.

WE RECOMMEND
Swaraj Kaushal questions Manisha Koirala on Nepal map stance; 'How do you bring in China?'