Protests broke out against the Congress Party in Amritsar on the second day of the Punjab leg of the Bharat Jodo Yatra on Thursday. 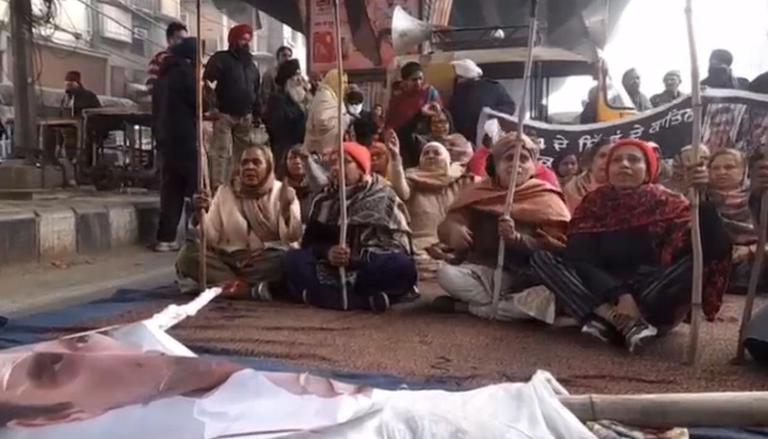 
Protests broke out against the Congress Party in Amritsar on the second day of the Punjab leg of the Bharat Jodo Yatra on Thursday. Protesters gathered in large numbers at the Tower Clock in Amritsar and burnt an effigy. They also showed black flags while raising slogans like 'Rahul laut jao (Rahul go back)' against the Gandhi scion who is leading the pan-India foot march.

There was also a banner, mentioned wherein clearly were there demands- immediate implementation of the Dhingra committee report by the Centre and registration of fresh murder cases against Jagdish Tytler, Sajjan Kumar, and Kamal Nath, who they alleged were a part of the conspiracy.

However, in view of the apprehension of protests from the riot victims, adequate security arrangements had already been made by the police. The demonstration took place under police supervision. The yatra will cover several parts of Punjab over eight days before reaching Jammu and Kashmir, its final stop, on January 19. The yatra, which started from Kanyakumari in Tamil Nadu on September 7, will end at Srinagar on January 30, where Rahul plans to hoist the Tricolour.

BJP ups the ante against Congress

Amid the protests, the ruling BJP on Wednesday stepped up its offensive against the Congress, asking the Centre to file details of action taken on the report of Justice SN Dhingra Committee, which flagged an “invisible hand” behind the 1984 anti-Sikh riots and revealed a “police-politician-judicial nexus” to bury the conspiracy.

In a letter to Home Minister Amit Shah, BJP national secretary RP Singh, who is an intervener in the matter before the Supreme Court, said the Centre must inform the apex court by the next date of hearing what action it had taken on the Dhingra committee’s findings.

RP Singh, in the letter, expressed gratitude to him and Prime Minister Narendra Modi for providing justice to the Sikhs by sentencing one of the key conspirators, Sajjan Kumar behind the bars.

"However, full justice is not yet delivered. Many more like Jagdish Tytler and Kamal Nath are still roaming scot-free. It has been known earlier as well and has also been authenticated by former Research and Analysis Wing (R&AW) officer, GBS Sidhu in his book-- The Khalistan Conspiracy-- that a conspiracy for Operation Blue Star and Sikh Carnage was hatched in Delhi much before the time of its execution and that these both were planned in the wake of 1985 general elections," Singh said.