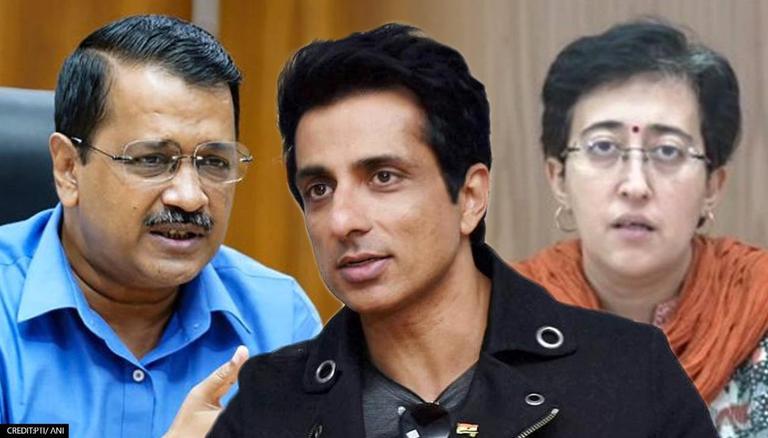 
Aam Adami Party (AAP) MLA Atishi on Wednesday slammed the BJP after the Income Tax (I-T) Department surveyed Bollywood actor Sonu Sood's residence and office. An income tax survey is carried out to ascertain the actual income that a taxpayer earned in a particular financial year. It involves the inspection of books and documents and not their seizures. According to Republic Media Network sources, the actor’s partner Anil Singh was also searched by the I-T department. Simultaneous surveys were conducted in Mumbai and Lucknow.

However, the survey by the I-T Department did not go down well with the AAP party camp as MLA Atishi accused the BJP of victimising Sonu Sood. Lashing out at the BJP, Atishi shared her video on Twitter and said, "Today the I-T department did a survey to intimidate actor Sonu Sood. Sonu Sood is kind of a person who is not only a Bollywood filmstar but a social worker, a philanthropist who helped the people during COVID times."

"When migrants were not able to go to their homes, he himself raised the money and helped the people in reaching their home. It is really sad that the IT raids in the name of 'survey' to intimidate him. The Central government's message is quite clear that whosoever will do good work they will threaten and intimidate them," Atishi further stated.

The ‘survey’ of actor-and-philanthropist @SonuSood by the IT Dept is a clear message by BJP that they will victimise anyone who does good work for the country? Was it a crime for @SonuSood to help migrants during the lockdown? Was it a crime for him to help those in difficulty? pic.twitter.com/oA47wes9Vv

It is pertinent to mention that the Delhi government, led by Chief Minister Arvind Kejriwal, had recently declared that 48-year-old Sood will be the brand ambassador of the Aam Aadmi Party government's 'Desh ka mentors' programme under which students will be guided in making their career choices.

The Delhi CM also put his weight behind Sonu Sood and politicised the matter. Kejriwal took to his Twitter handle to say that truth will always win as prayers of lakhs of families of India are with the 48-year-old actor.

Sharing his thoughts on being appointed as an ambassador of the Delhi govt, the actor on his Twitter had written, “Truly honoured and humbled to be the brand ambassador of Desh Ke Mentor a programme which has given me an opportunity to mentor lakhs of students across India. Thank you so much @ArvindKejriwal sir for making me a part of this initiative. Jai Hind.”

Truly honoured and humbled to be the brand ambassador of Desh Ke Mentor a programme which has given me an opportunity to mentor lakhs of students across India. Thank you so much @ArvindKejriwal sir for making me a part of this initiative.
Jai Hind 🇮🇳

Apart from this, he even responded to the press conference video that was shared by Arvind Kejriwal on Twitter. Through the video, CM Kejriwal had shared how the actor as the ambassador will help in shaping the future of the children.

As an ambassador of the Delhi govt, Sonu Sood will help students by guiding them in analysing and choosing career options. Delhi CM Arvind Kejriwal had appealed to educated people to come forward for mentoring students of poor backgrounds. He was talking about students who are studying in government schools and come from low-income families. Actor Sonu Sood said that he has been given an opportunity to mentor lakhs of students.

READ | IT dept 'surveys' Sonu Sood's residence; 6 locations under scrutiny in all