Gearing up for the Uttarakhand polls, AAP Convenor Arvind Kejriwal on Tuesday, announced that Col (Retd) Ajay Kothiyal will be AAP's CM face for upcoming polls 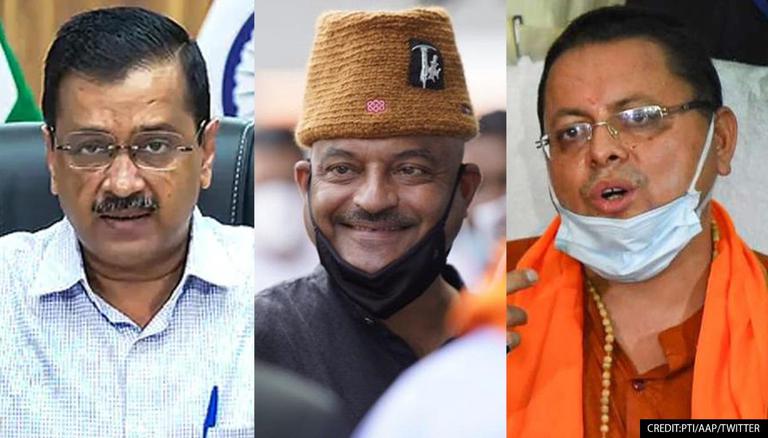 
Gearing up for the Uttarakhand polls, AAP Convenor Arvind Kejriwal on Tuesday, announced that Col (Retd) Ajay Kothiyal will be AAP's CM face for the upcoming polls. Kejriwal lauded Col. Kothiyal's achievement of recruiting over 10,000 youth into the Army, stating he would ensure employment in the state. He also vowed to develop Uttarakhand as the spiritual capital of the world.

"Col. Ajay Kothiyal is the person who has got more than 10,000 youth recruited in the army. He knows how to provide employment, the future of Uttarakhand will be safe and golden in his hands. The party will develop the State as a spiritual capital for Indians staying across the world," said Kejriwal.

Kothiyal had been fielded by AAP against then-CM Tirath Singh Rawat in the Gangotri bypolls. The former principal of Uttarkashi-based Nehru Institute of Mountaineering, Kothiyal has been hailed for his rescue and rehabilitation efforts in the aftermath of the 2013 Kedarnath tragedy. Running an organization that trains the locals to join the Armed Forces, he joined the Arvind Kejriwal-led party on April 19 this year.

In his previous sojourn, AAP convenor Arvind Kejriwal made 4 'power' promises in Dehradun, if voted to power. Promising to deliver 300 units free electricity, waiving off old electricity bills, free electricity for farmers and 24x7 electricity, the Delhi CM propagated his Delhi model. Comparing Uttarakhand to Delhi, he claimed that even though Delhi buys power from other states, electricity in Delhi is free. Kejriwal has also sought a Bharat Ratna for Chipko Movement leader Sunderlal Bahuguna, a resident of Dehradun.

Scoffing at BJP's constant change in leadership, Kejriwal added, "Leaders of Uttarakhand have left no stone unturned to destroy the state. Both parties have made an arrangement from 2000 to loot the state after the other. The ruling party doesn't have CM. For the first time in 70 yrs a party says its CM is useless".

45-year-old Pushkar Singh Dhami took over as the new Uttarakhand CM at the BJP's MLA meeting after Tirath Singh Rawat resigned citing 'constitutional constraints'. Dhami, the Khatima MLA, has served as the State President of the BJP youth wing BYJM and a close aide of outgoing CM Rawat and Maharashtra Governor Bhagat Singh Koshiyari.  Rawat replaced Trivendra Singh Rawat in March 2021, ten days before the completion of his govt's 4 years, amid resentment among cabinet members.