AAP MLA Saurabh Bharadwaj responded to Thyagraj Stadium row and said IAS officers are deployed to serve people and what they were doing was very shameful. 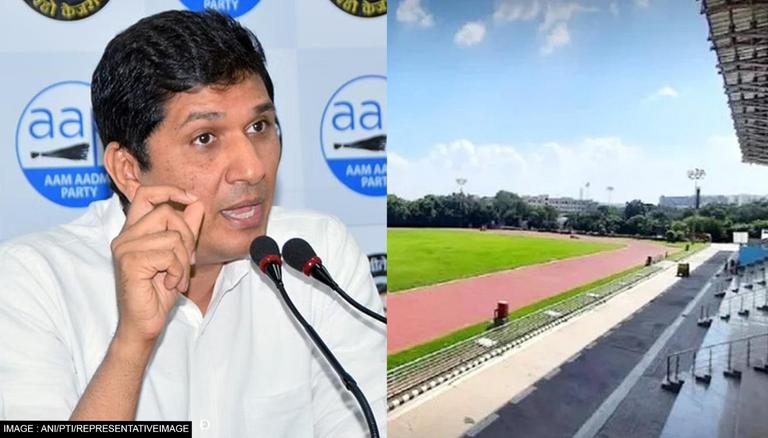 AAP spokesperson stated that IAS officers are deployed to serve the society & its people and what they were doing was very shameful. AAP MLA further added that Delhi Chief Minister Arvind Kejriwal had taken stern action against the officers and from now the stadiums in Delhi will remain open till 10 pm.

"This incident is very unfortunate and shameful. IAS officers are for the services of people and they were doing this. CM Kejriwal has given strict action and stadiums will remain open till 10 pm in Delhi now onwards", said Saurabh Bharadwaj.

MHA transfers IAS Officer, and his wife from Delhi

On Thursday, the Ministry of Home Affairs (MHA) issued a notification for the transfer of AGMUT cadre IAS officers, namely Sanjeev Khirwar and Rinku Dugga from Delhi to Ladakh and Arunachal Pradesh, respectively. This development comes several hours after a news report regarding the misuse of facilities at the government-run Thyagaraj Stadium in the national capital by Sanjeev Khirwar and his wife Rinku Dugga emerged.

The chief secretary submitted a report to the MHA in the evening on the factual position, prompting the ministry to order their transfer. According to sources, necessary action will be taken based on the report.

The media report suggests that Khirwar, who is Delhi's Principal Secretary of Revenue, was misusing the sports facilities by closing the spot for sports activities earlier than usual so that he could take his dog for a walk there. Earlier in the day, Delhi Chief Minister Arvind Kejriwal took cognizance and directed all state-run sports facilities in Delhi to be open for sportspersons till 10:00 PM.