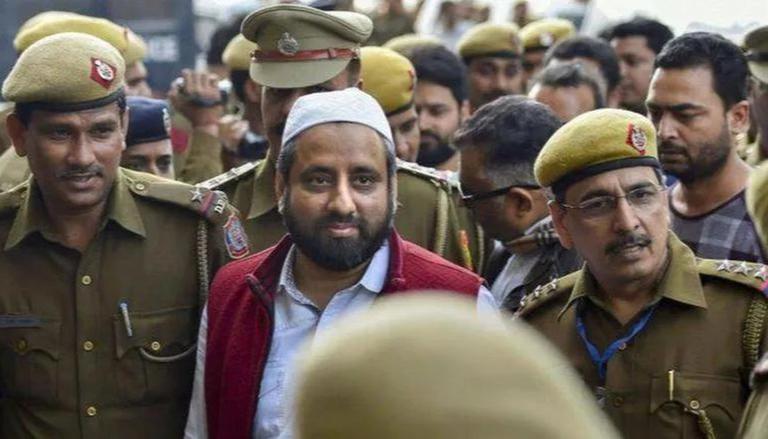 
In a big development, Delhi Anti-Corruption Bureau  (ACB) has arrested Aam Aadmi Party (AAP) MLA Amanatullah Khan on the basis of incriminating material and evidence against him and from the recovery during the searches conducted on Friday in connection with a corruption case.

Earlier in the day, Anti-Corruption Branch raided several locations linked to Amanatullah Khan and his alleged business partners. A total of Rs 24 lakh in cash, two illegal arms and ammunition were recovered from two of his associates, ACB said.

At one of the raid locations i.e. outside the residence of Amanatullah Khan, the search team consisting of an ACP was attacked by the relatives and other known persons of AAP MLA and they also caused obstruction in the discharge of government duty to ACB officers, officials said.

"ACB Delhi has arrested Mr Amanatullah Khan, MLA for his involvement in Case FIR No. 5/2020 of ACB Delhi on the basis of incriminating material and evidence against him and from the recovery during the searches conducted today," ACB said in a statement.

The ACB is investigating alleged irregularities in the recruitment of the Delhi Waqf board. The AAP leader was issued a notice for questioning on Thursday in connection with the two-year-old corruption case.

The Okhla MLA was called for interrogation on Friday at 12 p.m. in connection with a 2020 case registered under the Prevention of Corruption Act.

Khan, who is the chairman of the Delhi Waqf Board, had tweeted about the notice, claiming he has been summoned as he built a new Waqf board office.

Earlier, the ACB had written to the Lieutenant Governor's Secretariat demanding that Khan be removed as the Delhi Waqf Board chairman for allegedly hampering a probe by "bullying" witnesses in a case against him.

In January 2020, a case was filed against the AAP MLA by the central agency under Section 7 of the Prevention of Corruption Act and Section 120 B of the Indian Penal Code (IPC) for ‘financial bungling’ in the Waqf Board’s bank account, creating tenancies in the properties of the board, adopting corrupt practices in purchasing vehicles and the illegal appointment of over 33 personnel against the rules, among others.